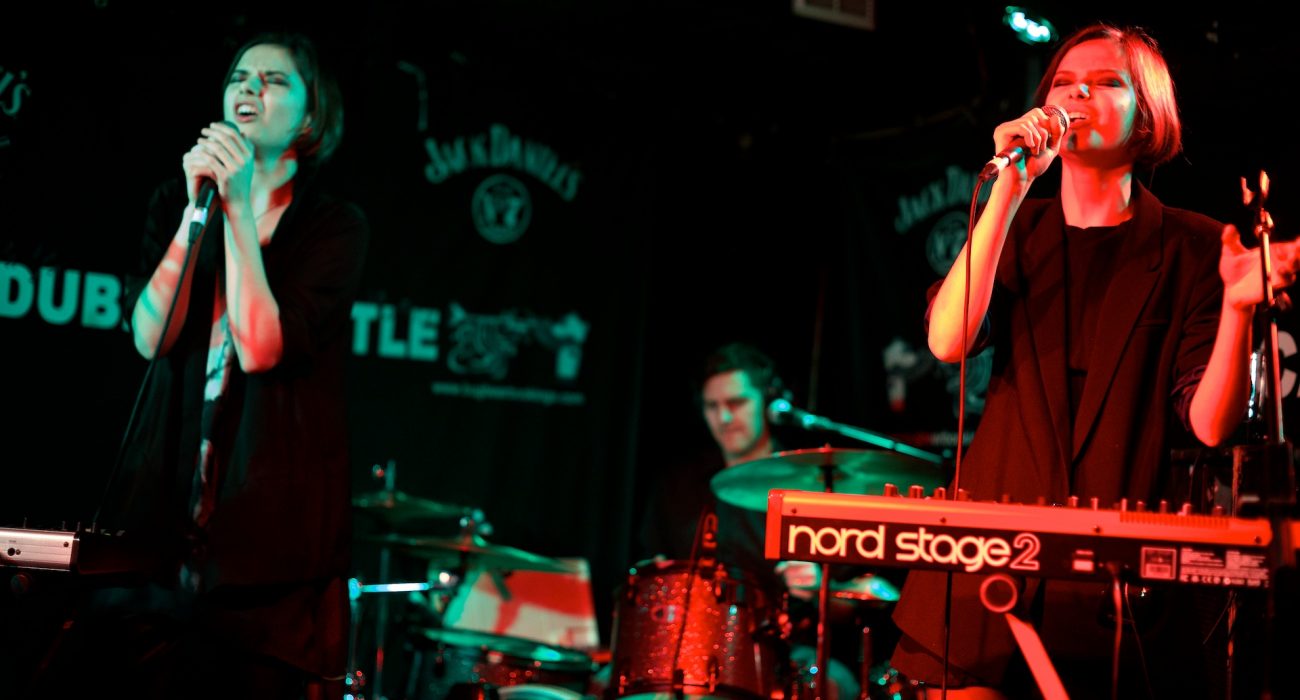 Supporting Duran Duran could have been a daunting task for Bloom Twins. Playing in front of 15,000 people is nerve-racking enough for the most well-seasoned bands, but it didn’t appear to faze the 18-year-old twin sisters at all. This is key to Bloom Twins rapidly blossoming popularity—if you’ll pardon the pun—they’re beyond their years. Troubles in their native Ukraine and their move to London alone at the age of 15, resulted in already having their own identity and ‘dark pop’ sound. Their 2013 single ‘Fahrenheit’, is demonstrative of their self-carved sound and draws the attention of the crowd who—let’s be honest, we were just waiting for Duran Duran. What is clear is the connection between the two twins and it translates beautifully into their music, with delicate harmonies and an intricate understanding of each other on stage.

The subtle and progressive keyboards in ‘Blue’ are perfect for filling a large venue like the Manchester Arena. There’s a noticeable psychedelic and often melancholic vibe to Bloom Twins which hopefully won’t be lost in future releases as it’s what makes them stand out, particularly on a night where many people were just there for a light-hearted 80s nostalgia-fest. The twins grab your attention with their clear passion and belief in their own music, which judging by the crowd’s engaged reaction should bode well for them in the future. Perhaps the most powerful part of their set was ‘Get up Stand up #WeAreUkraine’, their version of the Bob Marley classic that seems ideal for the sound and message they were looking to achieve; hope and strength in a time of dark desperation.

Bloom Twins are by no means at their peak song-writing abilities. Yet at times the songs can sound a slightly naïve and the music was in danger of being lost around the large venue. However, this tour can only be good for Bloom Twin’s development, and a new single soon is something to keep an eye out for.