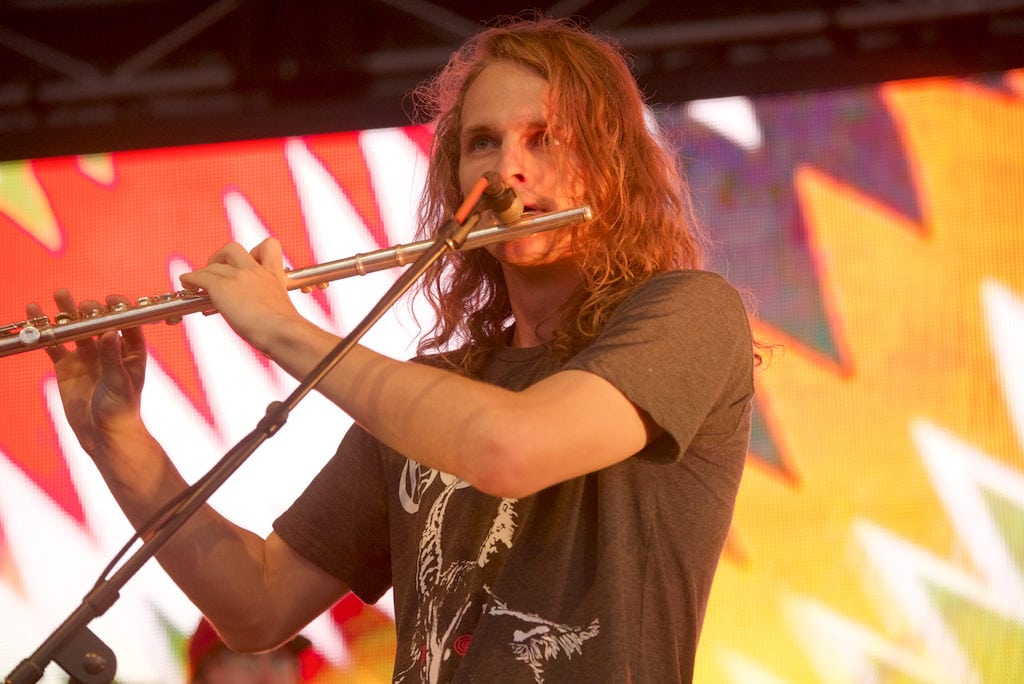 Read that name over again, one more time. If that isn’t one of the best names for a band that you’ve ever read, I don’t know what is. Thankfully, alongside their tongue twisting name King Gizzard and the Lizard Wizard is also a brilliant live music force. In the genre of psychedelic rock, the band have a prolific record release rate, having released two albums a year—including the excellent Quarters! And Paper Mache Dream Balloon which was released in 2015. In what feels like a dangerous accusation to make, a lot of their songs do sound the same. But then again, this is not a bad thing; their frequently 10 minute long tracks filled with hook-filled guitar loops and jazzy breakdowns are infectious as hell.

Playing to packed out venue, Gorilla, on a Monday night, it seemed like King Gizzard and the Lizard Wizard have certainly captured the hearts of many Mancunian music fans, too. The set was raucous (to say the least) from start to finish. Unrelenting psychedelic tracks like ‘I’m in Your Mind’ and the correspondingly named song, ‘I’m Not in Your Mind’, provided the sonic backdrop to near-continual stage invasions that saw teenagers invade the stage before launching themselves into the crowd throughout the entire gig. Strangely enough, security didn’t seem to mind—letting the debauchery continue. Without a moments pause, the band launched straight off from those tracks into the equally intense ‘Cellophane’.

And that’s exactly how it continued: relentless. I hate to say it, but a lot of the set did sound the same. Normally this would be a bad thing, but strangely with King Gizzard and the Lizard Wizard, it wasn’t. The band members were simply such brilliant musicians, that you couldn’t help but be engrossed. The drummer and bassist kept the rhythm section going like clockwork, whilst the utterly brilliant psychedelic mess continued on top. At times, it would verge onto heavy metal territory when vocalist Stu Mackenzie would utter a scream, but then he got out a flute. A flute. Whether he just had his flute left over from his schoolboy days and didn’t want it to go to waste, I will never know—but somehow it worked!

I couldn’t bring myself to stay for a 10 minute psychedelic blast of an encore, but I didn’t feel that I needed to. King Gizzard and the Lizard Wizard had proved their point.