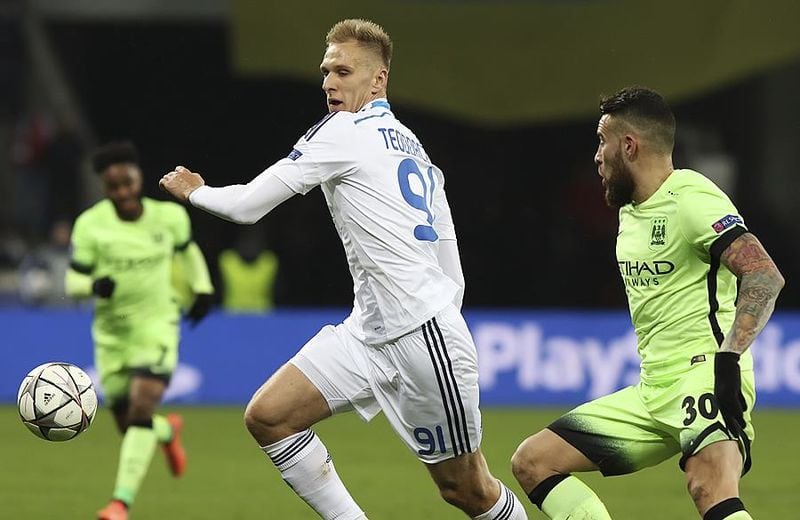 It’s back! Europe’s most illustrious football competition is back tomorrow, as Manchester City host Dynamo Kiev. This is the furthest that City have gone in the tournament, and they look set to go to the quarter finals! As it looks unlikely that Arsenal will beat Barcelona by more than two goals in the second leg of their tie, Manchester City are flying the flag for England in UEFA’s premier competition, despite the problems they may be facing domestically.

City ran out comfortable winners in February’s first leg at the NSC Olimpiyskiy stadium. With goals from the old guard Sergio Aguero, David Silva and Yaya Toure, City stepped up after a 5-1 defeat to Chelsea three days prior to the game; whilst Raheem Sterling, Vincent Kompany and Nicholas Otamendi also put in big performances. Hopefully the big guns can bring it again. City look comfortable going in, but Manuel Pellegrini insisted that the team will be starting the game at 0-0 and looking to win it.

·         Samir Nasri: should return after the international break.

·         Kevin de Bruyne: should return after the international break.

·         Fabian Delph: should return some time after the international break.

Manuel Pellegrini, in his pre-match press conference on Friday, stated that de Bruyne and Nasri will aim to play two games with the under-21s during the international break, in order to be ready for the games when the rest of the team return. He hopes Fabian Delph can be part of that too.

“If I knew that, you know, obviously we’d have had it sorted by now” – Joe Hart on why City haven’t won back to back games since October.

The Story so Far: Champions League

Even though City managed to get 10 points in the group stages, they still somehow didn’t do enough to make it through to the knock out stages. It’s hard to blame the Blues for this though, as this is unheard of!

Three losses and three draws was a poor showing from City in the group stages as they exited the Champions League early on.

With only one loss in the group stages at the hands of Bayern Munich in Manchester, City coasted through the group stages. A thumping victory in Germany returned the favour to the German side, when City came from 2-0 down to win during the group stages. Barcelona were waiting in the last 16, however, and City couldn’t get past them.

City are never blessed with a nice Champions League group, but with just two wins in the group they still managed to see themselves get through to the next round. A 3-2 comeback against Bayern Munich easily being the highlight of the group stages, as Aguero ran riot in Manchester. However, City went out at the hands of Barcelona in the next round…again.

No, not the name of Take That’s reunion album (I feel ashamed of myself for knowing that) but progress is what City have shown in the Champions League! This is the furthest the club have been in the competition, and they are in the best position possible to go through to the next round. Three away goals in the bag, a two goal lead, and playing at home—the odds are in City’s favour. Manuel Pellegrini noticed the improvement in his pre-match press conference: “I think that we [have] improved in the competition. We [qualified for the round of sixteen] twice in last two years. I think that this year we improve a little bit more because we won the group.”

Prior to City’s 0-0 draw with Norwich City on Saturday, Manuel Pellegrini stated that he would try to bridge the gap with Leicester in the next four games, and then see how City can kick on and win the league from there. Unfortunately, this draw looked more like two points dropped than one point gained. City basically dominated the match, but did not fashion very many chances despite their possession. City will feel reassured defensively, however, as Vincent Kompany and Nicholas Otamendi were yet again on form to keep the Canaries at bay. Pellegrini had been quoted saying that City would have to win nine of their last ten games in order to win the league—with one already out of the window, that now means City have to win all nine, according to Pellegrini. One thing is for sure: it is definitely a very interesting title race this year.

The Champions League this season has offered the reverse of what it has done in the past for City—it has acted as a distraction from the Premier League, as City keep on performing. Two standout performances this season being the away game against Sevilla, and the first leg of this round against Dynamo Kiev, highlight how City seem to be flourishing in the competition. A strong performance mid-week would give them the boost they need, which they would welcome with Manchester United being their next opponents in the Premier League.

Joe Hart has been with City since 2006 after signing for £100,000 from Shrewsbury Town. He is City’s longest serving player and now the only player to still be with the club that wasn’t signed after the 2008 takeover. Where other players failed to improve and make the cut, Hart stepped up his game and is now City’s and England’s number one. He joined Pellegrini in the pre-match press conference before the Dynamo Kiev game.

Hart on his good performances: “I’m trying to repay the faith for being played the majority of the time… I need to be at that level if I want to be playing these sorts of games.”

Hart on the pressures of the Champions League: “You could look at it as pressure, but it’s something really exciting…It’s really exciting to be in this position.”

Hart was quick to highlight how tough a side Kiev will be in this game. When City last played them, they had been on a winter break and were still recovering, Hart described this as “either well-rested or slightly undercooked” in the conference. However, now they are playing again and have won both their games since the comeback to domestic football for the Ukrainians. Any Champions League team at this stage are there for a reason, and they will be tough opponents for the Blues. Hart noted how they were a dangerous side on the attack due to their two good wingers and the runners from deep areas, but you’d like to think that City will be a match for them.

With City feeling so comfortable in the first leg, I cannot see it being incredibly difficult for the Blues at home in the second leg. Kiev will not go down without a fight, of course.