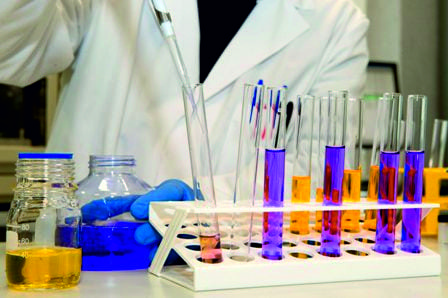 A opinion poll by The Mancunion exploring the impact of Britain’s European Union membership status on life science research received 56 responses in less than 20 hours, with the majority of respondents expressing concerns over an EU exit. The 56 respondents included both academic and research staff from the Faculty of Life Sciences here at the University of Manchester.

73 per cent of respondents expressed concerns that leaving the EU would result in reduced funding for their research, with one staff member stating: “The UK is among the largest beneficiaries of European funding for research. If we lose this funding source these amounts will most certainly not be matched by the UK government.”

However, nine per cent were not concerned about potential funding reductions, with belief that research funding would be more wisely spent if Britain were to separate from the EU: “For life science research the British government would get better value funding spending its money in the UK, through the UK research councils, as opposed to contributing to EU research funding”, said one.

Others commented on the bureaucracy of the EU: “UK funding is merit-based, whereas other factors such as politics play a greater role in dictating how research funding is spent in the EU. The EU funding schemes are also extremely bureaucratic.”

More, however, seemed to be concerned over the potential disruption to the “collaborative endeavour” of science, with 82 per cent worried that an EU exit could damage Manchester research partnerships with European universities.

One correspondent stated that an EU exit could portray Britain as a nation unable to collaborate: “We should undertake [science] for knowledge and subsequent understanding to benefit as many as possible. We are best able to do this in international collaborations [EU or not], and leaving the EU at a time it is expanding has the potential to portray Britain as an insular, petulant nation unable to partake in effective collaborations.

“We are better in the EU, as we will then be able to partake in meaningful discussion about issues, funding—anything that concerns us, instead of just having it imposed on us.”

Further respondent comments considered the impact of tighter border control that would implemented if Britain left the EU: “Leaving the EU would restrict free movement of people and would make it more difficult for academics, postdocs, and Ph.D. students to enter the UK.”

“I think that the attractiveness of Britain for European scientists could decrease [with an EU exit]. Now many scientists are highly motivated to come here to develop their research, but leaving the EU I think this will change.”

When asked whether Britain should stay in or leave the EU, from a solely scientific perspective, 94 per cent stated that they’d prefer for Britain to remain within the EU.

Despite the results being significantly skewed in favour for EU membership, interestingly, responses in the opinion poll were very all-or-nothing. The large majority of respondents were either completely concerned that an EU exit would impact life science research, funding and collaborations, or wholly sure that an EU exit would not impact any of these things.

Researchers and academics from the Faculty of Life Sciences are clearly concerned that ‘Brexit’ could impact research, however, it is apparent that there are opinions that life science research could go on as normal despite Britain’s membership with the EU.