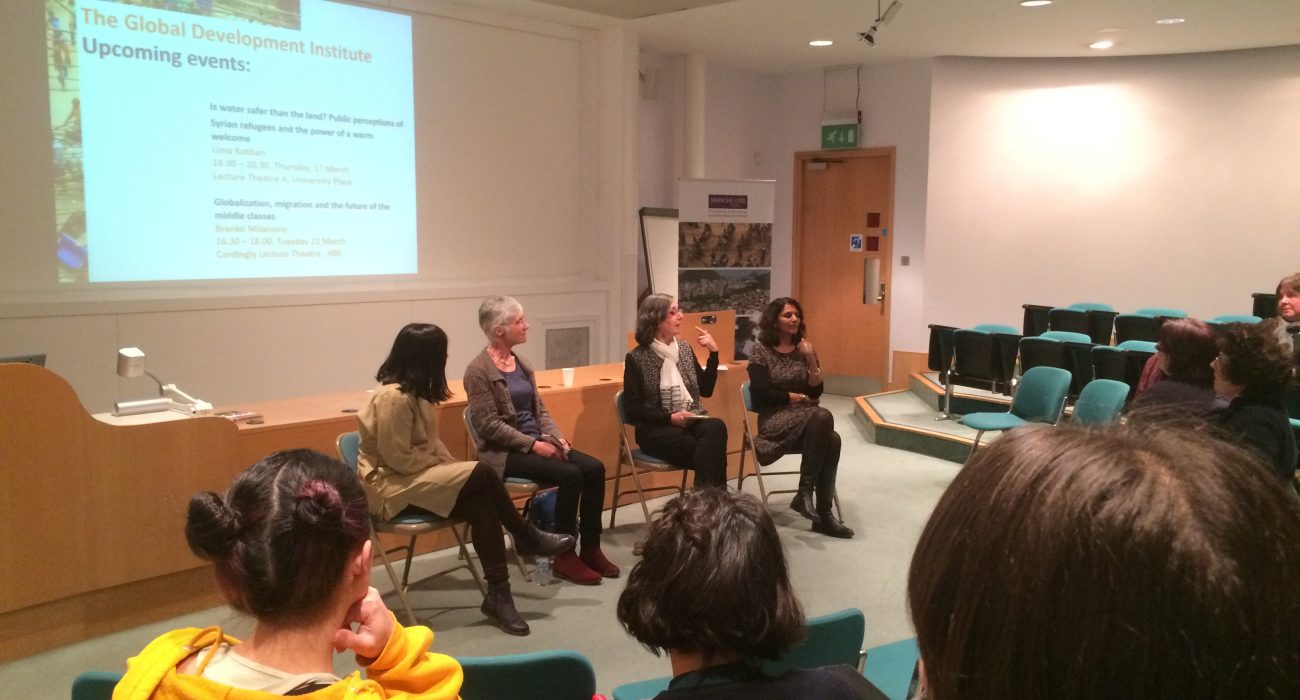 On the week of International Women's Day The Mancunion spoke to Helen Pankhurst the great-grandaughter of Emmeline Pankhurst. Photo: The Mancunion

Suffragette follows the story of Maud Watts, a working class woman with a family, who, along with a small but determined group of women, loses everything in the fight for a woman’s right to vote. Whilst most action portrayed in movies is dramatised, the militancy shown by the women in this film and the horrendous treatment they received is real.

The film is inspired by the suffragette movement—spearheaded by Manchester’s own Emmeline Pankhurst. Whilst her appearance in the film was fleeting, her speech made sure that her presence was felt. The action of suffragettes can be described by one of Pankhurst’s most famous quotes: “I’d rather be a rebel than a slave”.

The screening was followed by a Q&A session chaired by Professor Uma Kothari, Director of the Global Development Institute. The panel consisted of three experts on women’s rights and its history: Penny Summerfield, Professor of Modern History at the University of Manchester, Sohela Nazeen, Professor of International Relations at the University of Dhaka and Helen Pankhurst, CARE International UK’s campaign ambassador and great-granddaughter of Pankhurst.

After the Q&A, The Mancunion spoke with Pankhurst personally about why this story is important to be told. Ms Pankhurst said: “I think it’s still relevant today, a lot of the issues they were campaigning about still apply here and globally.

“It’s really important that it doesn’t get forgotten,” and we should remember “how much our ancestors, not just mine” sacrificed for the rights that UK women have today.

She spoke about the perspective of the movie and why it was significant that the suffragette movement was told by an average working class woman. “It universalises it”, she said. It’s “told about somebody that anyone can relate to, rather than just a biopic.”

But just because women now have the right to vote does not mean that the issue of gender equality has ended. There are many problems still to solve and Ms Pankhurst says that “it’s up to each one of us to decide which ones we feel most passionately about.

“I think the wonderful difference between the world we live in now and a hundred years ago is social media” and “you can make a difference to both local causes and to more global ones.

“We want to get there this generation [but] there are so many issues to still campaign about”, she said. “If each of us just tackle a little bit, we’ll get there.”

Ms Pankhurst has spent her life dedicated to international women’s rights after witnessing the situation in Ethiopia during her childhood. “[It] made me particularly interested in international feminism, which is relevant to us more and more because we live in an interconnected world.

“If we don’t listen, if we don’t care what’s happening in other countries it will come back and haunt us” because “we don’t exist in isolation.”

This belief led to her disagreeing with the comments of minister Priti Patel, who likened leaving the EU with the suffragette movement.

After being asked why she spoke up about the issue, Ms Pankhurst replied that “I objected to the name being used in a way that I felt was so opposed to what I felt and I stand for,” and “I just felt I couldn’t be silent about it.”

But if she were to say anything more about the EU, it would be to vote. “This is probably the most single important vote you could use as women and youngsters.”

The event highlighted that with the referendum just around the corner it is important for women not to waste the vote that the suffragettes fought so hard for us to have.