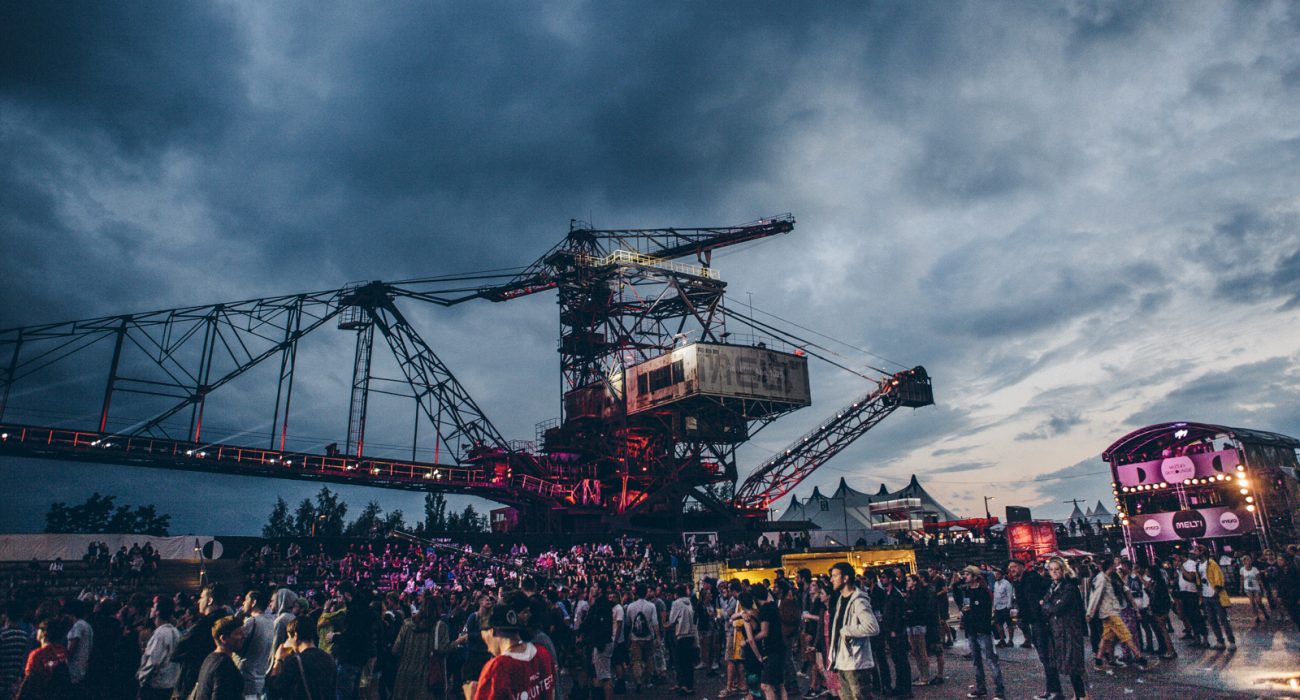 You’ve been to the farm. You’ve been to the soggy county showground. Now, Melt! beckons the intrepid music lover to venture to the deepest, darkest corner of Germany, to the overarching skyline of the Ferropolis open air museum.

It’s here that towering names threaten to topple even the 2000-ton mine excavators on-site, all while maintaining a friendly vibe that has seen it named one of Resident Advisor’s top festivals for the past three years.

Originally starting in 1997 and moving to its current venue in 2000, Melt! was conceived to cater to the hardcore dance fan, but has since both diversified its scope and attracted bigger stars to its stages. Headliners this year include names such as Disclosure, Jamie xx and CHVRCHES, club circuit stars to the tune of Ben Klock and Modeselektor, and nods to the fan of the alternative with Two Door Cinema Club and Tame Impala.

Of course, the venue’s uniqueness has a downfall in where it is located: situated between Berlin and Leipzig, it requires either an airport transfer from Berlin or some otherwise masochistic coach/train adventure. Any sores from travel expenses will surely be nursed by the ticket prices though: just a snip compared to similar British offerings at just over £100.

Melt! also boasts the huge benefit of a relatively small capacity of 20,000, meaning that the music connoisseur might actually be in with the chance of seeing Peaches’ gyrating nether-regions or Skepta shutting it down in the flesh.

With such a wide variety of acts on offer, it can be daunting to choose where (or with whom) to spend your precious weekend. Recommendations come in the shape of Sleaford Mods, crusty alt-punk electro-poets, dreamy electronica-meets-garage producer Gold Panda or glittering gender terrorist Peaches.

And, of course, no trip to Ferropolis is complete without laying both your soul and the soles of your dancing shoes bare on Melt!’s continuous 90-hour Sleepless Floor.