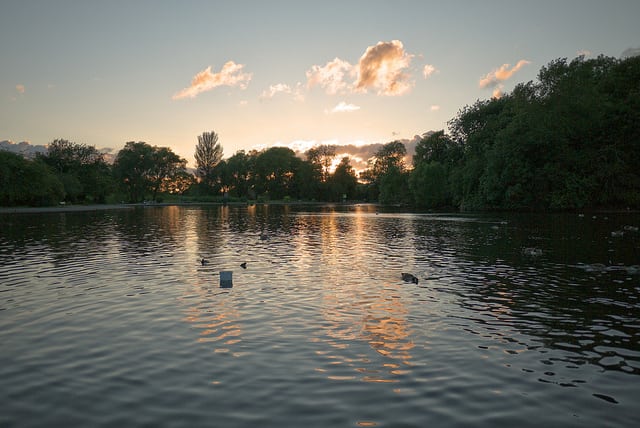 Green spaces offer a calming respite from the city

It was a bright day in Fallowfield. Wilmslow Road was chock-a-block with buses, cars, and people. I could see it all, the comings and goings of the day, from the sixth floor of the Tower, in Owens Park.

But I felt pent-up from within the four walls, the dirty window, and the list of readings that needed to be done. Opening my window for fresh air was not enough. I grabbed my helmet and headed to where my bike was locked up. I still couldn’t shake off the buzz as I joined the cycle lane down Wilmslow Road. I turned off onto another by the side of Wetherspoon’s, avoiding the broken glass along the way, and found myself at one of South Manchester’s finest jewels: the Fallowfield Loop cycleway.

This eight-mile-long multi-use track, stretching from Chorlton-cum-Hardy, through Fallowfield, and onto Fairfield, owes its success to two groups. With the help of funding from Manchester City Council, locally based Friends of the Fallowfield Loop maintain and promote the use of the route, while Sustrans, a national organisation, both pressure the government and raise awareness for the improvement of the UK’s cycling network.

The route follows an old railway line, filled with brilliantly messy vegetation and occasional bird calls that break the otherwise peaceful quiet. Some litter has been tossed over the bridges that span the route but that’s the best that the reality of modern Manchester can do to interrupt this place of escape.
The insinuation of a ‘return to nature’ and the idealised prospect of escape… yes, I am part of that meddling plan to replace the grey and order of our cities with green spaces. We’re determined to have our pretty parks ready for the future, to flounce around with our nuclear families and to have lattés in biodegradable cups in the independent coffee shops that grace the perimeters of these perfect parks. Here, we will meet with our multicultural friends and discuss the finer details of the new economically, socially, and environmentally sustainable urban life. Our city will be zero-carbon, on a lean low-meat, low-carb diet, and as diverse as it is inclusive, socially responsible and innovative. This will be a struggle-free, guilt-free utopia.

But a latté is an abysmal choice of drink, and that is no fair account of either the past or the future of urban sustainability. Nowhere is this more evident than in Platt Fields, across the road from Owens Park, which was, in the late 19th Century, a country park to match the mansion in ‘the fields of Platt’. As the squalor and smog of industrial Manchester swamped it, a movement grew for the land to be sold to public hands. That time came in 1908, after which it was worked on by 700 of the local unemployed and opened in 1910. Clearly, this was no act of kind-gesture by the educated class.

In this modern world, green spaces are key to urban planning, not only for their benefit to nature, but to society too. Firstly, they help to clean the air from polluting gases, which are trapped by local climates in the urban environments from which they originate. Second, green spaces help to counter the local warming effect that the urban areas have. By increasing vegetation cover, the surrounding area is cooled by the water output of that vegetation and its evaporation, just as sweat cools your body during exercise. Third, green spaces act as sponges, assisting the drainage of water and the control of noise pollution. Finally, there is the social and psychological value of having peaceful green spaces for recreational purposes. These spaces are not merely an insertion of pretty and natural commodities into our cities.
In the case of Platt Fields, local residents had immediate interests for their own health and wellbeing. The same cannot be said about urban environmentalism in 2016. The benefits of green spaces are hard to pin down and the urban issues we face today are less severe than those of the late 19th century.

Furthermore, the environmental movement is currently focused on the global. Grand UN summits appear to sort out our number one concern: climate change. In the same way, there is a sense that these processes are out of our control, e.g. China’s plan to construct 150 coal plants this year, and the deforestation of 5,831 squared kilometres of the Amazon in 2015.

I would argue that if we accept this global setting as true, we are more inclined to retreat back into a carelessness for the environment. This, together with financial difficulty and a general apathy for politics, is why the environmental movement is failing to move beyond its educated-class base.
For example, the creation of green roofs at the University of Manchester may be considered by some to be a trivial and self-indulgent move by the academic community. However this technology has the potential to be one of the most effective ways of alleviating urban flooding, household greenhouse gas emissions, energy costs, and urban biodiversity issues.

In terms of green space, Manchester is doing pretty well, with Platt Fields and the Fallowfield Loop just being two of the 130 parks in this city. But there is more to do, including the measurement of square-miles covered by greenery and a wider participation in the cause.

One of the main concerns that continue to plague modern living in the UK is urban sprawl and the stressful commutes it creates. These suburban houses and their private gardens, strewn across landscapes, divided by roads, houses, and fences, do not provide the same degree of benefit to collective urban living or the environment that larger green spaces do. Whilst it remains a respectable aspiration of the modern young Brit to one day own a house of their own, the age of achieving that goal is being pushed well into the 30s.

With housing pressure being one of today’s most pressing issues, perhaps the time has come to accept the condensing of urban housing, and, in particular for generation Y, to move beyond its depressing economic forecast to find the non-material fulfilment that public green spaces help to provide. 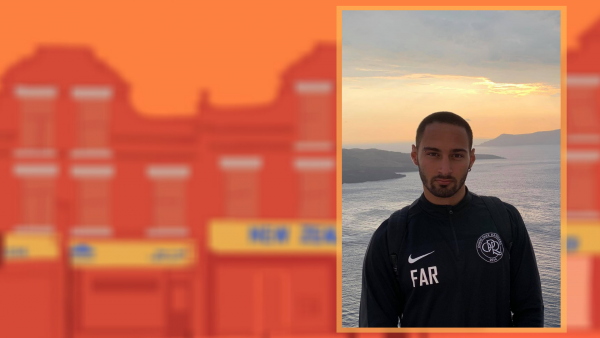