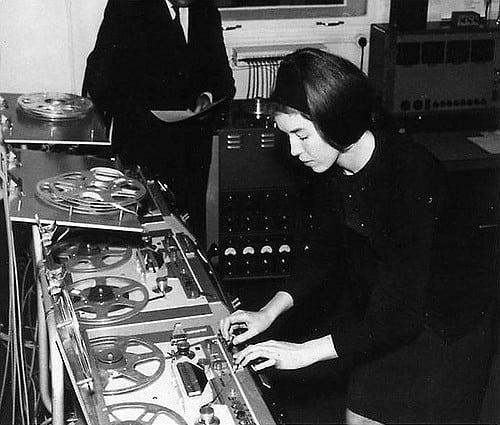 Spare a thought for the straight white male. He’s been getting it in the neck lately, though not entirely undeservingly. There’s accusations that he’s been a little overrepresented in the realms of electronic music. It’s hard to disagree. Though Tim Hecker’s marvellous new album Love Streams received The Guardian’s 800-word Album of the Week spread, Fatima Al Qadiri’s politically-charged Brute, released only a month earlier, didn’t receive the same kind of fanfare, Brute’s lukewarm critical reception notwithstanding. The latter might seem a rather trivial and petty state-of-affairs to whinge about, but it is certainly important: 800 words is surely enough to pluck you from obscurity.

It would be stupid to dismiss all electronic music produced by men—for every Skrillex, there’s a Floating Points, a Bonobo or a James Blake—yet it’s still easy to think that electronica is exclusively staffed by them. From the off, many of electronic music’s pioneers were women. Delia Derbyshire wasn’t only responsible for the original Doctor Who theme song, as everyone cites, but also ‘Ziwzih Ziwzih OO-OO-OO’, a futuristic slice of British musique concrete that predates the hard-edged techno and—no, really—spartan hip-hop it recalls. Transgender ambient auteur Wendy Carlos famously scored Stanley Kubrick’s The Shining, though her other accomplishments are suspiciously ignored. It isn’t simply that these women are forgotten; some of them are so obscure as to be easily overlooked.

San Franciscan street performer Susan Dietrich Schneider, aka The Space Lady, only came to cult status after being discovered on a compilation of outsider music. Like Derbyshire, her idiosyncratic music was strikingly ahead of its time; now everyone from Beach House to Blouse sounds marginally indebted to Schneider’s beguiling, warbling synthpop. The mononymous Erika joins Schneider as another female artist criminally kept below everyone’s radar: her improvised track ‘Solar Rise’ is a must-see YouTube video away.

Hyperdub affiliates Cooly G (an ethereal, sensual amalgam of soulful dub and twilit 2-step) and Ikonika (delightful, angular takes on future garage and house) fly the flag for astonishing contemporary UK electronica. The pair’s American “outsider house” labelmate Laurel Halo is so impressive, you wonder why it is that so many supernaturally talented women aren’t being spotlighted. Fortunately, heads are beginning to turn. One of last year’s success stories was Holly Herndon’s brutal, engaging and heady album Platform. Thanks to label 4AD’s positive backing and the utterly compelling music offered, there seemingly wasn’t a music webzine that didn’t feature her. Let’s hope the tide continues to turn.