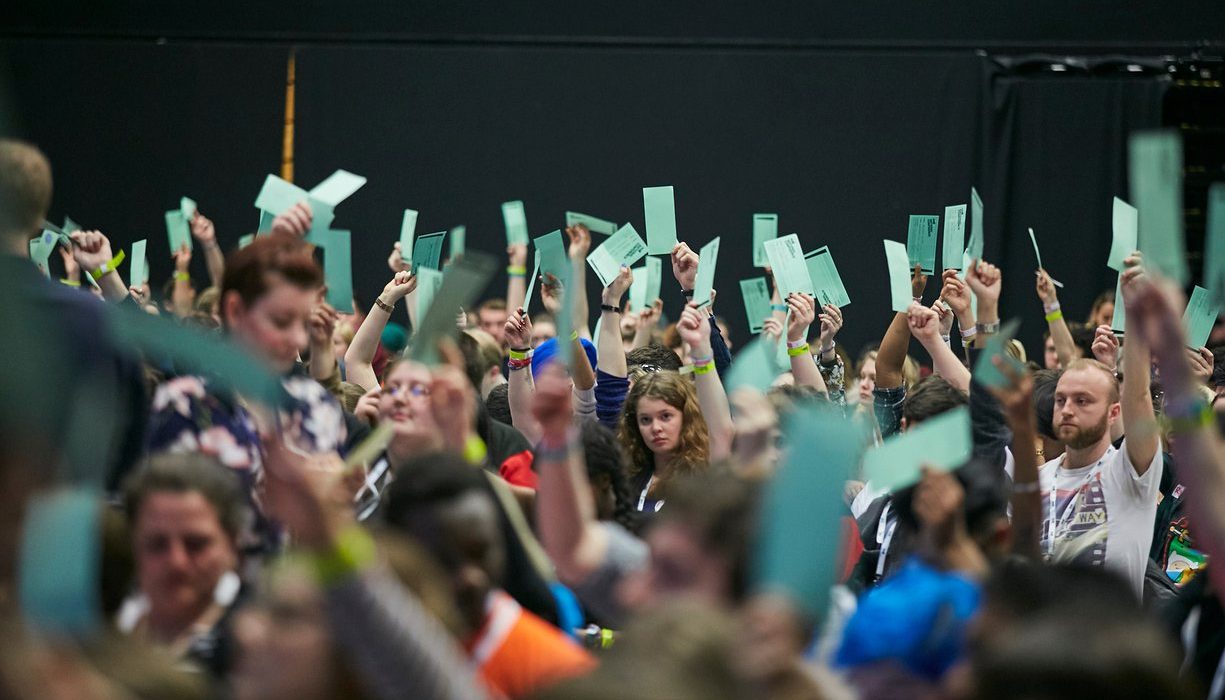 The NUS 2016 National Conference, hosted at the 5,000-capacity Brighton Centre, came to an end on the 21st of April. This year’s has been headline-grabbing and historic, from the election of the first-ever black woman President to the discussion over banning anonymous social media accounts.

Malia Bouattia became the first BME woman and the first muslim President of the NUS. Her election, amid discussions around anti-Semitism and other previous comments, caused an immediate backlash in the headlines and across social media.

Recently, 47 Jewish Society Presidents had signed an open letter raising concerns of anti-Semitism questioning Bouattia’s reference to the University of Birmingham as a “Zionist outpost”, and to clarify any connections she may have with MPACUK, an organisation no-platformed by the NUS.

Bouattia responded to the allegations in the open letter, emphasising her dedication to tackling all forms of racism and prejudice, and attempting to make clearer her anti-Zionist position as opposed to an anti-Semitic one.

Many news sources have focused on Malia’s purported “refusal” to condemn IS, with headlines including ‘NUS elects president who refuses to condemn ISIS‘. This arose from a motion proposed two years ago with the intention of solidarity with Iraqis and the condemnation of the terror group. It was delayed by Bouattia over concerns about its wording, which she believed could target all Muslims rather than IS alone. This revised motion was later passed, as the NUS have emphasised.

She responded to all the allegations made against her in an article for The Guardian this weekend. “There is no place for antisemitism in the student movement, or in society”, she wrote. “If any of my previous discourse has been interpreted otherwise, such as comments I once made about Zionism within the media, I will revise it to ensure there is no room for confusion.”

Student Chaplain for Liberal Judaism Rabbi Leah Jordan wrote an article discussing the election of Bouattia, stating that it was “exciting” for the prospect of liberation movements, but inviting her to discuss in detail her perspectives and goals for Jewish students. “I would hope that her past choices in wording reflect an ignorance of the history of anti-Semitism in left-wing activism, rather than racist intent”, wrote Jordan.

The election of Bouattia first saw students at Cambridge University Students’ Union call for disaffiliation from the NUS. Since then more and more groups of students, from universities including York, Oxford and Manchester, have decided to petition and campaign for referenda to decide on whether students would like to continue to stay in the NUS.

“We are stronger when we work together,” said exiting President Megan Dunn in he closing remarks at the Conference. “When Students’ Unions are under attack, we are better off united than we are standing on our own, believing we can defend ourselves by standing apart.

In a climate of worry about anti-Semitism within the NUS as well as on the left of the political spectrum, many students were incensed by the fact that a motion to commemorate Holocaust Memorial Day saw two rounds of opposition speeches, mainly opposing the motion due to the fact that other genocides were not equally memorialised.

John Mann, chair of the All-Party Parliamentary Group against anti-Semitism, said: “Today’s comments and their reception were inappropriate, offensive and point to a disturbing wider ignorance about anti-Semitism in NUS.”

In opposition to the government’s green paper on education—in particular the Teaching Excellence Framework (TEF) which will allow certain universities to raise tuition fees based on their teaching performance—the NUS resolved to hijack the TEF through a boycott of the NSS.

The action, according to the proposer of the motion, hopes to “render the TEF unworkable, and seriously disrupt the government’s higher education reforms as a whole.”

The hope is that a boycott will delegitimise the results of the survey which the government hopes to use as a factor in how universities are ranked in the TEF. This useless data will, apparently, be a stumbling block for the graded tuition fees system.

The NSS is “a weapon to beat academic staff with and as an excuse to cut courses and close departments”, said Hope Worsdale, incoming Education Officer at Warwick SU, who spoke in favour.

“The current reforms would further destroy public education as we know it, so it is fantastic news that the NUS has chosen to boycott these surveys in order to defeat them.”

One of the earliest headline-grabbing decisions made at National Conference was the decision to “open a dialogue with Facebook, Twitter and Yik Yak” with the intention of restricting anonymous posting during Union elections which often sees vicious online abuse aimed at candidates.

Despite agreeing that the engagement through social media of students was a positive thing, they believed it was much more of a problem that “racists, sexists, and cyber bullies” could not be disciplined. The decision was widely reported as the NUS banning Yik Yak and caused a lot of negative commentary on Twitter.

“I would rather have Yik Yak than the NUS! If you represent students then stop messing with what we love!!” tweeted @JohnDobbykins.

The prospects of student media during Union elections was more favourable. Motion 314, proposed by Bath Students’ Union, was passed on the third day of Conference after Union Development debate overran the previous evening’s period. It resolves:

1. For the VP Union Development to investigate how media groups can run better content for Students’ Unions Officer Elections.

It came after widespread worry and displeasure among student media platforms who are often subject to strict controls on what they can publish during Union election in the interests of total fairness.

“Too many student unions effectively gag their student newspapers on reporting anything but propaganda during their elections, and this is incredibly damaging to democracy”, said outgoing SPA Chair Jem Collins.

“Often these policies were probably well meant to prevent bias or unfairness, but in reality, the lack of a free press to hold candidates to account damages student democracy, leaving the electorate unengaged and uninformed.

“With proper regulation, it is not only possible, but advisable, to have a student press that is both unbiased and fair, but holds candidates to account.”