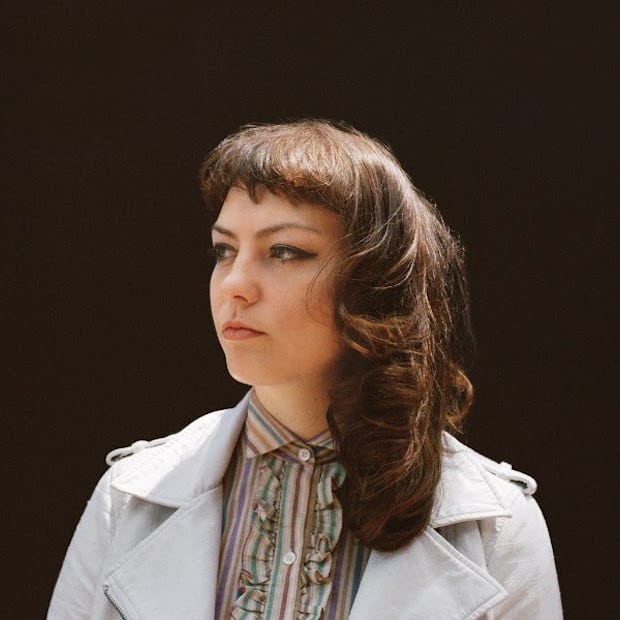 Angel Olsen is someone who you would not have expected to be a chameleon. With her already producing two albums of introspective indie folk, any other artist would be pigeon-holed into making the same album over and over. So for Olsen to return with synth track, ‘Intern’, wearing a silver tinsel wig, you would be right to expect something different. Something extraordinary!

Olsen’s third album, MY WOMAN, is made up of two distinct halves. Side A is full of three-minute rock n’ roll singles—the 1960s pour out of these songs. ‘Never Be Mine’ has elements of Roy Orbison, as well as a Velvet Underground-style guitar solo thrown in for good measure. ‘Heart Shaped Face’ has the feel of a subtly sexy soul track. ‘Not Gonna Kill You’ has a guitar solo directly ripped from ‘While My Guitar Gently Weeps’.  The list goes on and on.

The highlight of MY WOMAN, ‘Shut Up Kiss Me’, exemplifies the sound and the style of the album. Whilst there is the classic 60s guitar sound throughout, the lyrics are emotional yet strident, giving the song enough detail to offer a different take with every listen. Sometimes it is hysterically funny, while it also makes you want to dance with a tear in your eye. Song of the year?

The other side, side B, is full of deeper cuts, replacing the single length tracks with seven-minute odysseys, ‘Sister’ and ‘Woman’. ‘Sister’ swiftly works it ways through light breezy guitar work, building to a climactic roar. ‘Woman’ starts of as another great 60s track, but quickly settles into a sad groove in the style of trip hop artists Portishead and Massive Attack. The album closer ‘Pops’ takes the sad piano of the previous track, ‘Woman’ and gives a throwback to Olsen’s older material— just her piano, vocals and feelings, all drenched in lo-fi. Beautiful!

Overall, the main thing about MY WOMAN is how ‘classic’ it feels, in every sense. Many of these songs feel like they have always existed. Aside from all the 60s aesthetics of this album, whilst ‘Pops’ may be a commanding song by Olsen, it also has the feel of a Judy Garland number. Yet, when this sound is combined with Olsen’s confident, almost cocky style, it elevates every song to new highs. To call this a masterpiece seems cliché, but what else is it? An instant classic.