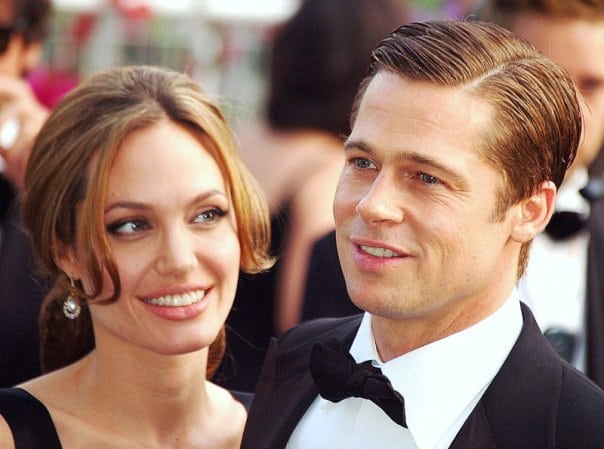 It is okay to care about Brad and Angelina’s divorce

Brad Pitt and Angelina Jolie are divorcing. This news, that fits into just a a seven-word sentence, seems to be quite important to a lot of people; so important that articles about it were the most read of some media outlets; so important that people have enough things to say about it to write an article. But why do people care so much? And is it okay to care as much about such a meaningless fact?

The French philosopher Blaise Pascal might have the answer to this question. For him, entertainment is a means to escape the reality of life; distraction that we find in our daily lives allows us to think about something else than our life itself. In his words: “The natural misfortune of our mortality and weakness is so miserable that nothing can console us when we really think about it… The only good things for man, therefore, is to be diverted so that he will stop thinking about his circumstances.” Or, to put it in other words: if you care about this divorce, it may be because you have a tendency to think about meaningless things over the meaningful (and a bit stressful) stuff, like the universe, death, or existence.

The enormous media coverage of the event can be explained by the fact that, as a society, we choose to focus on those things, because routine consideration of our relative insignificance is not a way to live. Thus, we decide to make certain people and things significant to create our own landmarks, in a world seemingly devoid of them.

Caring about a couple’s break up is a bit odd, especially when you have never met the people in question. But to do so it is a good answer to Albert Camus’ view on existence. For him, our life consists of two facts: the human will to find meaning, and the universe’s indifference to answer it. Thus, judging for ourselves what we consider meaningful avoids facing this tragedy of having no answer to the real meaningful questions. Instead of wondering why are we here, is much easier to wonder about something such as a relationship status. In the latter, you are more likely to find answers.

This idea is summed up in a single quote from the great TV show, Rick and Morty: “Nobody exists on purpose. Nobody belongs anywhere. Everybody’s gonna die, come watch TV.” Or, in our case: Come read the new useless fact about someone’s divorce. Our answer to the absurdity of life might just be that: to decide to make a meaningless fact important, so certain questions are within our reach. When we decide to focus on useless things, we are able to capture and understand everything around it—which is a far more difficult when talking about meaningful things.

Of course, in practice, this might be dangerous to an extent. Whilst people are caring about those celebrities, they are distracted by important issues such as climate change, wars, or politics. To give a quick illustration: Google news section provides 2,370,000 results for the search, “Brad Pitt Angelina Jolie divorce” and just 624,000 results for, “Climate Change summit”.

That is, obviously, not a good thing. But, as humans, we find comfort in empty facts. However, those facts shouldn’t become a fog that prevent us from caring about important things. Instead, we need to learn to effectively balance the two. We need to learn to care as much about celebrities as about real issues.

If it is human nature to care about stupid and wasteful things, then so be it. But, of course, it shouldn’t be the only thing we care about. There’s a big difference between reading one article about this divorce because it seems enjoyable to read for a second, and binge-watching Keeping Up With Kardashians every day.

But, when we combine the two subjects—celebrities and climate change in our example—we get something useful. For instance, Leonardo Dicaprio’s Oscars speech has been more heard by more people than have read Naomi Klein’s book, This Changes Everything. Yet, it’s roughly the same message: climate change matters and we do need to do something. Of course, the Oscars speech is vastly simplified, but the main message still applies.

Thus, if you care even a little about this, it’s alright, there is no need to worry, you are normal. But if it’s the only thing you care about, that’s a little bit weird. We need to find the right balance between what’s important, and what is not.