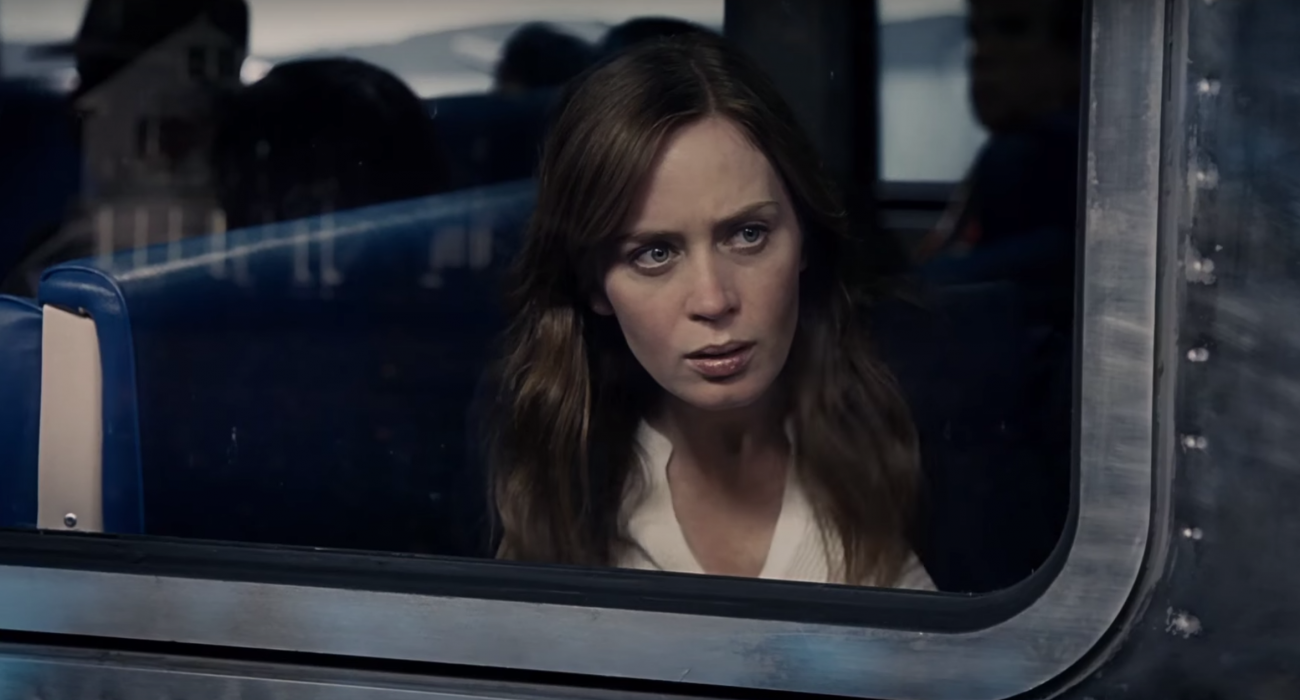 Paula Hawkins’ best selling novel is amongst the many book-to-film adaptations coming out this autumn, with Michael Fassbender’s The Light Between Oceans ;Tom Hanks’ Inferno and Lupita Nyong’o’s The Queen of Katwe all to yet reach our screens. The surge of book adaptations brings hope and expectation from both film and book lovers alike. However, often you find films collapse as they try too hard to stay true to the book, and the story is lost along with any excitement the film had. Surprsingly, as stimulating The Girl on the Train is, it is another victim of this, even with the director, Tate Taylor, who brought us the brilliant adaptation of The Help.

Emily Blunt plays the lead role of Rachel, a divorcee from former husband Tom (Justin Theroux) who had an affair with his now current wife Anna (Rebecca Ferguson). Now a paranoid alcoholic who commutes to Manhattan every day, Rachel spends her time on the train either vigorously sketching or looking out of the window, and fantasising about the lives of the individuals in the houses the train passes by. She has a particular liking for couple Megan (Haley Bennet) and Scott (Luke Evans), who remind Rachel of her past relationship. Rachel soon finds herself a part of their lives, as Megan goes missing and she might just hold key information on what soon becomes a murder mystery.

The Girl on the Train struggles to grasp a structure which engages viewers and sheds light to the thrilling aspects of the narrative. Ultimately, all events are shown through the perspective of the three main female characters—from Rachel spotting Megan in the arms of another man, to Anna’s changing domestic life. The alternation between the three prevents viewers from building any sort of empathy for either of them, and leaves the male characters merely ancillary to all the action. For a mystery/thriller it really isn’t that thrilling. The film fails to create adequate suspense and suspicion around what happened to Megan, and who could be to blame. A mediocre attempt is made to get viewers questioning the various suspects of Megan’s murder, but this is underwhelming. Little is shown to cast doubt over them, and so you are not truly captivated to solve the mystery. Although, Danny Elfman’s chilling score does help to alleviate the intense nature of the film.

What manages to rescue the film from being a complete disaster is the use of flashbacks. They reveal Rachel to be an unreliable narrator which provides an intriguing twist, as not all events pan out to be how they are seen at first. This uncertainty surrounding Rachel adds that edge of tension, which should have been present throughout the whole film.  In doing so, the end revelation is both gripping and satisfying enough. After being compared to Gone Girl, The Girl on the Train is very far from what director, David Fincher, had created. You cannot help but think of the film’s missed opportunity to become a must-see in the genre, despite its potential.

Tags: Film Review, the girl on the train, thriller