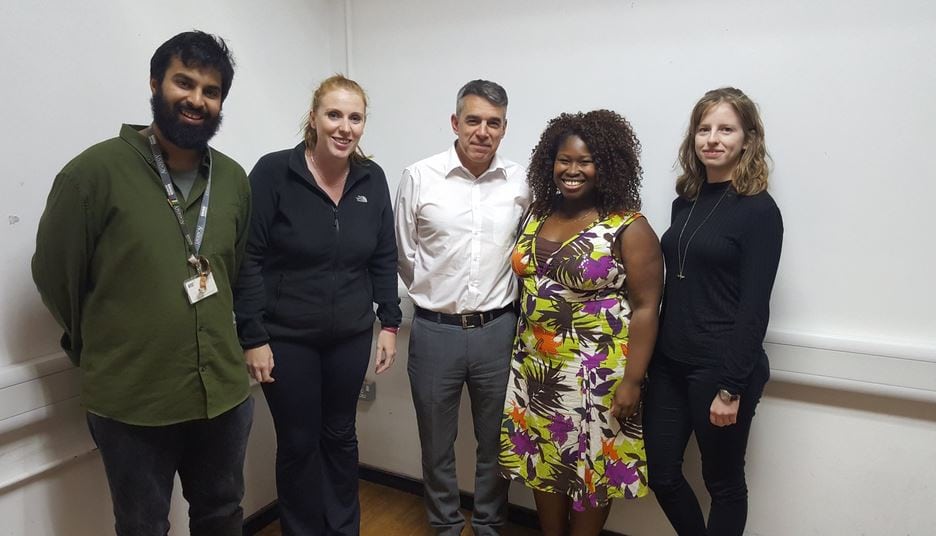 Angela Rayner, the Shadow Secretary of State for Education and Jeff Smith, local MP for Withington, joined the University of Manchester at the Students’ Union on Thursday 6th of October to discuss the future of the Labour Party and their support for the students in the city.

The discussion was first led by Rayner, who introduced herself as ‘just a ginger from a council estate’ and then went on to familiarise the audience with her position in Parliament.

Rayner expressed that this is a scary time for students and politics, as the Higher Education Bill was drafted before Brexit; this means that any adaptations to the Bill will be much harder to make now we are post-referendum. She also noted the lack of student representation in the House of Commons.

When asked her opinion on Theresa May, Rayner raised her concern that people have too much faith in our new Prime Minister and for the wrong reasons. Rayner believes that May “has no mandate” and that May, having just been appointed Prime Minister, is “acting like she just entered politics for the first time”, even though she has been by Cameron’s side for the past six years. The Shadow Secretary questioned why May is trying to make Brexit a success when she herself was a part of the remain campaign.

When asked whether the Labour Party would protect the the Erasmus programme, which is used by thousands of UK students, including many at Manchester, Rayner stated that the UK would have to have reciprocal agreements with officials in the EU and that nobody has an exact answer yet. She added that she had been persistent in questioning Theresa May about the situation but had not received a solid answer.

Joe Johnson, Minister of Universities, Science, Research and Innovation has stated that he wants tuition fees to rise to £9,500 a year, causing uproar amongst students.

Jeff Smith quickly clarified that he does not want tuition fees to rise, and if he could, he would abolish them as a whole. Smith proposed that the Labour Party are currently doing their best to allow students in the future who come from underprivileged backgrounds to be given a larger maintenance grant, as well as improving access to them. He suggested that this should be introduced by channelling through the cooperation levy.

When asked whether she thought that universities are sexist, as discussed in The Mancunion last week, Rayner replied that we are years away from making things perfect—however, in a rare moment of praise for Theresa May, she complimented the Prime Minister on her efforts for fighting for equal pay.

Jeff Smith went on to say that the economic powerhouse of Manchester is the only major city in the UK with equal representation, with 48 female and male councillors, giving Manchester an advantage in securing balanced opinions.

Smith believes that Manchester has a serious problem with homelessness and wants to tackle the situation by investing more in social services and by building more council houses in the North. Rayner commented that one of the main problems with the government is that they are based so dominantly in the South. Due to this, they are “blaming labour migrants and shoving them up North” said Angela Rayner at the SU, complaining that there is not enough room for them in the UK when there evidently is.

Tensions rose as the discussion continued, with Rayner and Smith both constantly checking their mobiles as Corbyn started reshuffling the Cabinet.

As they were both alerted that the Chief Whip, Rosie Winterton, was sacked, Rayner started to become more conscious of her position and joked that she “could be gone by the end of the panel meeting.”

Despite this they are faithful in his position as the leader of the Labour Party and both agree that the only way to take down the Tories is by lobbying them with hopes of an early general election before 2020.