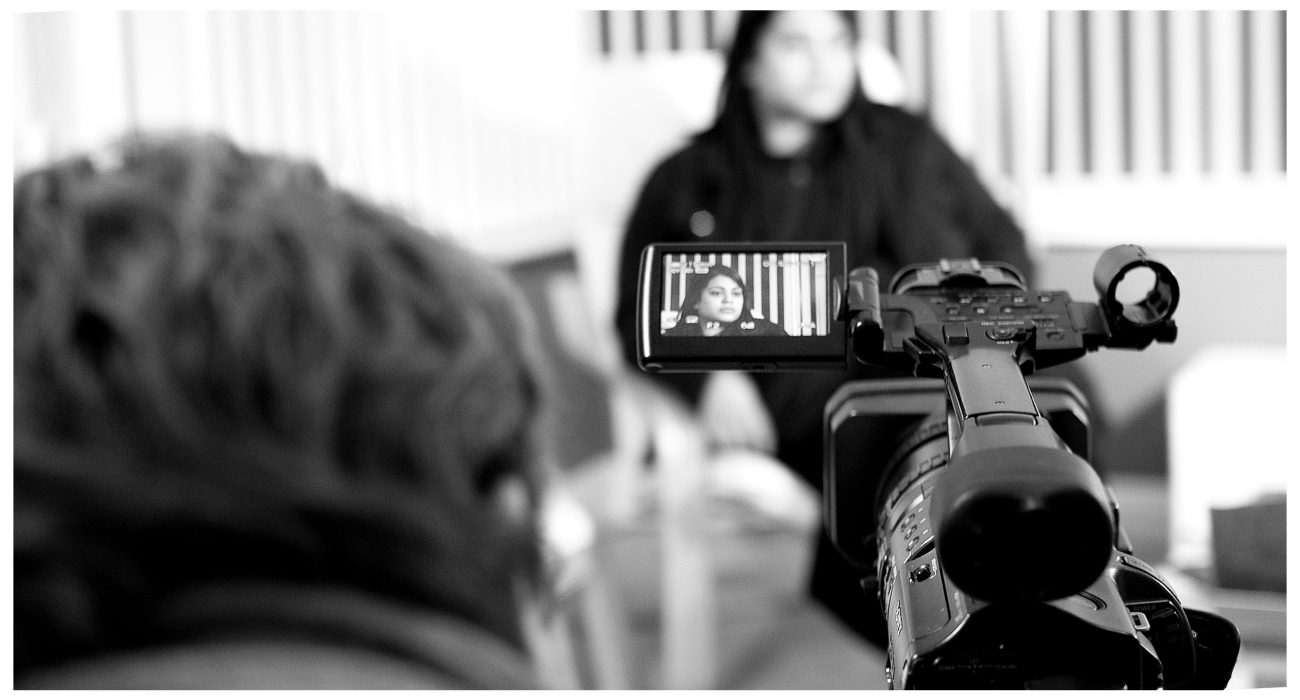 Head To Head at Castlefield Gallery

As I walked up to the Castlefield Gallery last week for the preview of Christian Falsnaes’ new exhibition, I was suddenly hit with a throng of people loitering around the main entrance. Having been told to get to the gallery for as close to 6pm as I possibly could, and me being five minutes late, as usual— I was slightly confused, to say the least.

That was when I saw the printed-out sign tacked to the door: ‘Please bear with us as the first visitor is being filmed for the exhibition.’

The look of confusion on my face must have seemed quite eminent as a gallery volunteer caught me and proceeded to explain what the exhibition would entail.

“Every day (or in this particular case, evening), the first person to arrive at the gallery will be taken ‘hostage’ by the artist and filmed in the gallery on a video camera.” She told me: “The candidate is asked various questions, ranging from describing their day, to asking them to perform some small actions, like jumping or singing.”

And this is the entire exhibition.

Once the gallery closes for the day, the tape is wiped and the next day, a new candidate is used to do the complete process again and make brand new content for the installation.

When we were finally let into the gallery, we were faced with the footage that had just been recorded. The woman who had been ‘chosen’ seemed rather unwilling to participate. She was asked to do or say everything 3 times. “Can you jump on the spot for me?” the artist asks her. She, rather begrudgingly, does. “Now, can you jump a little higher and put your arms in the air?” And then a few seconds later, “Can you jump even bigger and maybe scream?”

The woman noticeably became more and more unsettled as the ten minute tape went on, at one point I thought she would outright refuse to do what she was asked.

“Art history is about the artist and the artist’s personal view on things. This exhibition takes the audience into account and uses their views to make the content. It’s ultimately the audience’s reactions that makes the art.” Says Christian Falsnaes, the genius artist behind the idea.

As I watch the recorded tape, I become more enthralled by the concept by the minute, but one thought keeps popping into my head. What if someone does something totally irrational?

Growing up in Denmark, Falsnaes’ career has put him ahead of regular artists. He’s succeeded by providing audiences with a new way of thinking. With his works, we are not faced with a canvas, acting as a mirror into the artist’s mind—as with so many works. Falsnaes goes as far as to break down the third wall that seems permanently imminent between artist and audience. Through the use of art, performance, and video he makes the audience feel as part of his work as he is.

From this installation, it seemed to me as though Falsnaes wanted us to think about how we comply to orders and rules in society. I took the opportunity to ask him what he wanted it to mean. “Well what can I say?” He replies, “It changes every day!”