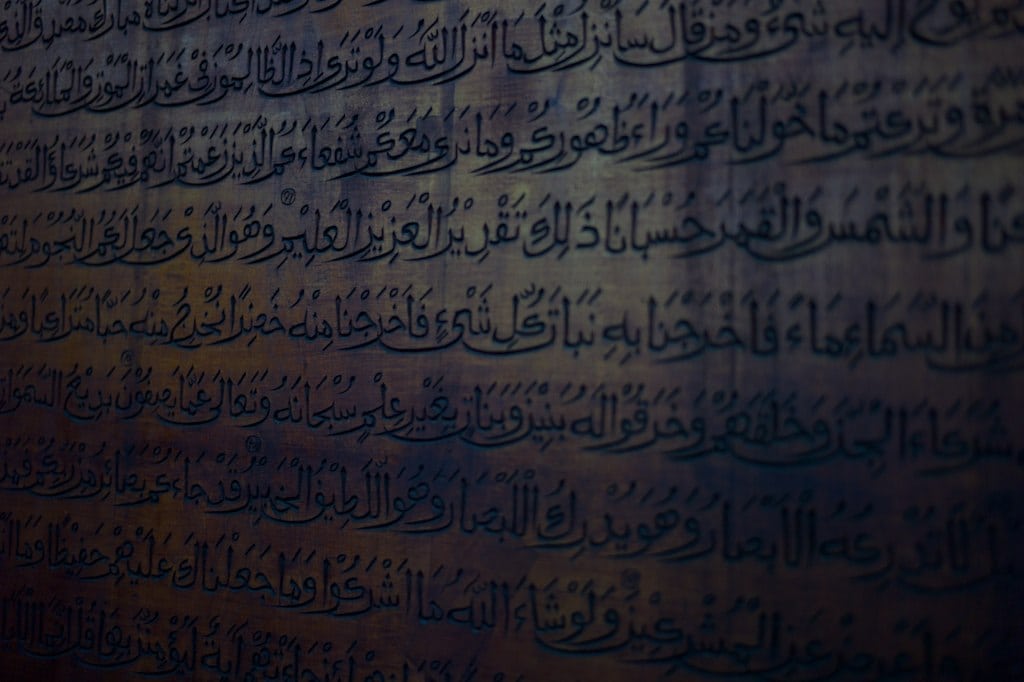 Idris Khan at the Whitworth

The Whitworth has become a vibrant part of Manchester’s art scene since its reopening in 2015. Once again, the gallery is holding a new and innovative exhibition on Idris Khan, having held a previous exhibition in 2012.

The exhibition draws on Khan’s inspiration of the history of art, music, philosophy, and theology. Often these themes are integrated together, you become unsure on where one ends and the other begins. They emerge together, represented in more realistic form without the genre barriers we produce on an exterior perspective. It becomes almost a conversation within society, asking questions of memory and experiences, while remaining an outsider on the personal connection this brings.

It’s a thought provoking exhibition. We are drawn into these perspectives of life, culture, and history through the medium of painting, drawing, and photography. They appear relatable enough to be understood, yet distant enough to remain a piece of art.

One piece I found practically fascinating was ‘Eternal Movement’, commissioned in 2011 for Sadler’s Wells Dance House, it’s a piece that combines religion and culture into the modern day. It holds references of the Hajj pilgrimage, the use of religious texts and the symbolism of religion today. Inspired by the sacred walk between two mountains near Mecca, a path that is walked seven times during the pilgrimage, I felt it represented the many paths our lives take. The many lines of the piece, in different lengths was mesmerising. You could read so much symbolism into life, our paths, our future, and the way we interact with one another.

There are, of course, other pieces of Khan’s work to view—including a new monument wall drawing especially for this exhibition. There are items of Khan’s iconic work including: ‘The Rite of Spring’ (2013), ‘The Death of Tragedy’ (2014) and ‘Death of Painting’ (2014). The innovation found in this series for Khan to create his own black squares, through the continuous writing of text with thick oil sticks until the image has become a single black square is impressive. You can see the meaning far more due to the manner and skill used in the process of creating such an image, more than the final work itself.

Khan is an influential and innovative artist, continuing to experiment with new forms and practises. His ability to weave religion and culture into his work is impressive. It shows the value of using art as a platform, often with far more meaning underneath than we realise.

If you’ve not visited the Whitworth for a little while, this exhibition is certainly a reason to return. It’s worth noting that some more exhibitions have moved round, and I was surprised by the new pieces on display as I headed to Khan’s exhibit. It’s an impressive gallery, and a part of the University, so there’s nothing to lose.