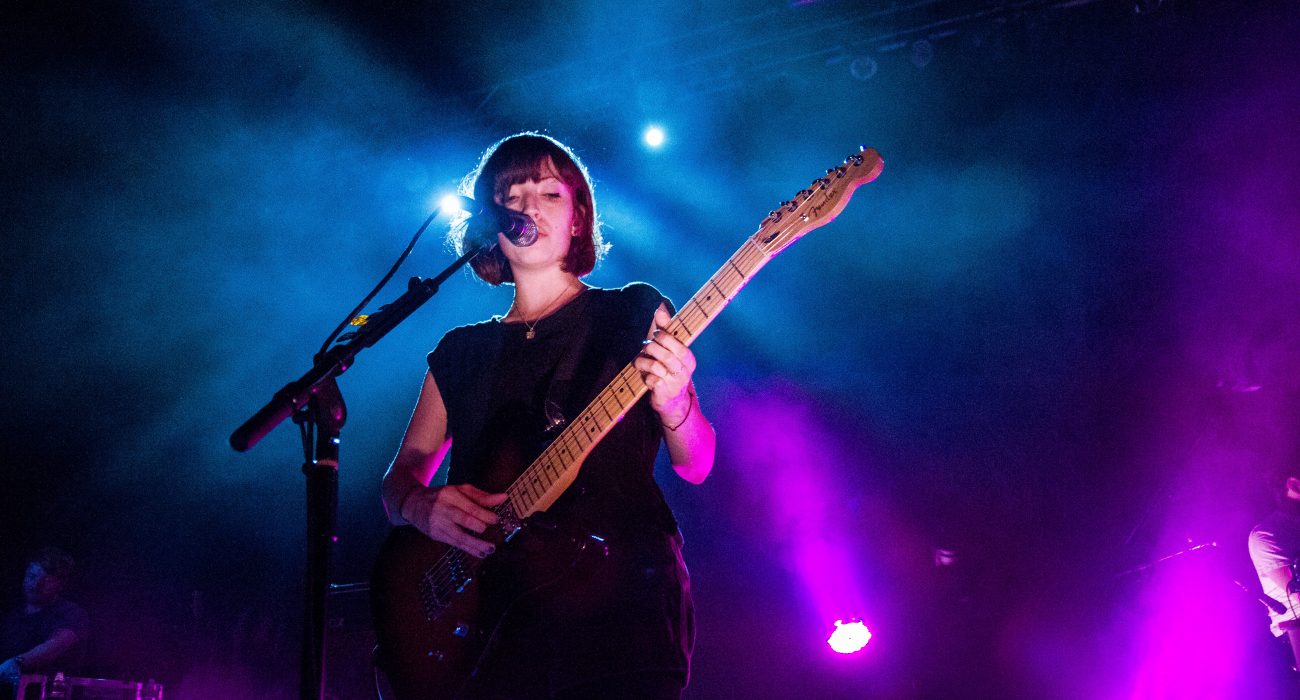 The show opens with drums eerily attuned with the rhythm of a beating heart. This felt apt, as the track — the sombre ‘New Ways’ from Daughter’s latest album Not to Disappear — captures the feeling of trying to break out of a mould whilst retaining some semblance of yourself, reminding the audience that Daughter are no longer afraid of moving into different stylistic territory. The shy and serene Elena Tonra murmurs “I’ve been trying to get out | find a subtle way out | not to cross myself out | not to disappear”, perfectly referencing the meaning behind the album’s title.

Now on the second leg of the tour behind Not to Disappear, Daughter are comfortable with their bigger, rockier on-stage style adapted from success at earlier shows, evidential in their ability to captivate the huge audience filling the Academy. The core trio decided to expand their line-up, including a range of brass, percussive instrumentation and backing vocals to fill the intimidating space. Once a band known for its slow and steady, almost hypnotic drumming — courtesy of Remi Aguilella — Not to Disappear showcased tuned percussion and faster, exciting drum patterns, and translated into an impressive onstage set-up that took more people to govern.

The refreshingly irate ‘No Care’ was the perfect result of rock influence combined with greater confidence to break out of the melancholy stereotype perpetuated from their first album If You Leave, and proved that band were ready to step up onto a bigger stage. A potential issue with Daughter in a larger venue was in maintaining the level of intimacy these earlier emotive songs had demanded on record. However, Elena’s breathy vocals created waves of calm in this storm of change. Fan favourite ‘Youth’ still elicited the biggest audience response, and although it felt strange to hear people singing along to the tortuous lyrics “we’re setting fire to our insides for fun”, it created an affirmation that fans were still feeling every sentiment of Daughter’s music.