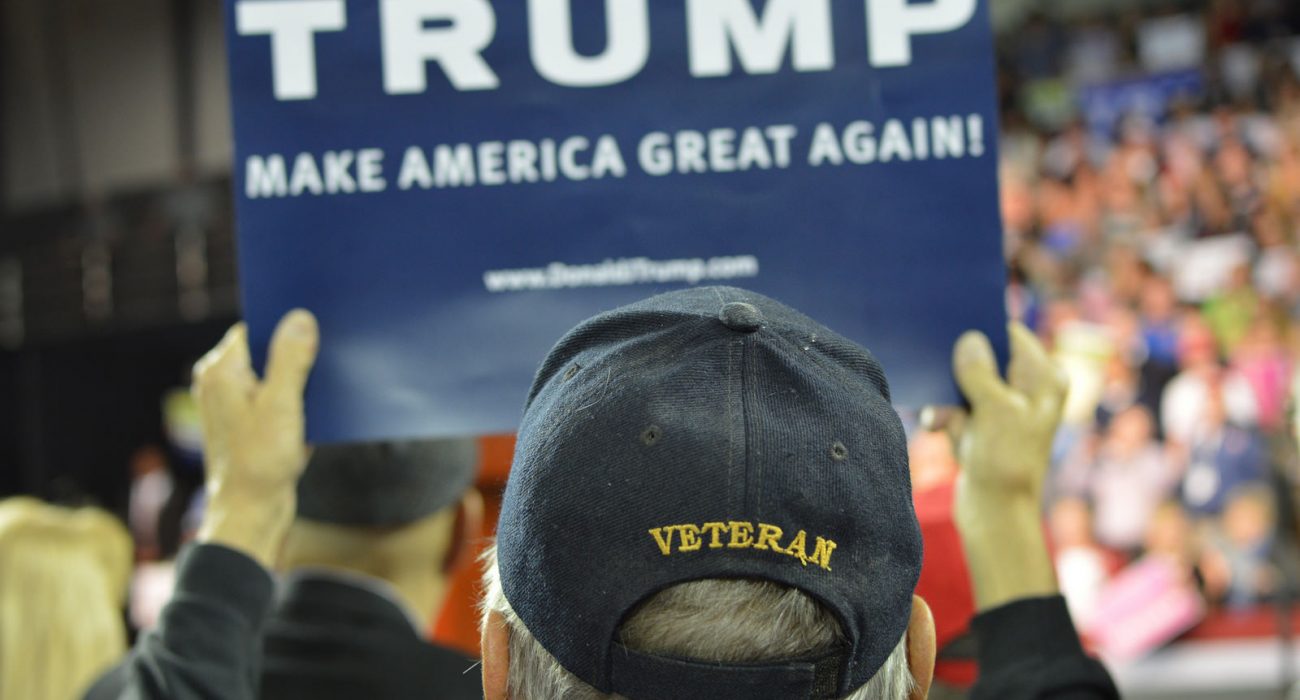 ‘Let’s Take Back Control’ and ‘Make America Great Again’; slogans that hark back to better times, respectively, before Britain was in the EU and before America was… well that remains unclear, but according to Trump, before America became a second-rate country suffering an invasion of Mexican ‘rapists’.

Brexit in June 2016 and Trump’s victory in November 2016 shocked the world. I was astonished that educated people my age could embrace Brexit, or that anyone could vote for a man who boasted about grabbing women “by the pussy” or threatened to ban all Muslim immigration (which, by the way, was used by militant group Al-Shabab to provoke anti-Americanism). Just what drove people to vote Leave and to vote Trump?

As someone who stayed up all night to watch the Brexit referendum and Trump’s victory, Brexit left me feeling what FT’s Robert Shrimsley rightly described as the ‘five stages of grief’. I was simply in a state of shock that the British people could vote for such a downright foolish decision, despite all the evidence that Britain was indeed stronger in Europe. But, I did not immediately turn to condemning 17.5 million people as bigots. Friends and family members had voted for Brexit. None of them are racists, it is simply a fact that British Euroscepticism has been a powerful force for decades.

For me, the reason Remain lost was because it relied on facts and so did not appeal to people’s sentimentality. Politicians are proof that emotion informs voting more than reason does; how could anyone in their right minds think Boris Johnson would be a good Mayor of London other than because of his extrovert persona?

A comparative problem I have also seen in Brexit and Trump’s campaign and election is that people seemingly disrespect democracy; we cannot have a second EU referendum or protest Clinton’s way into office. This ignorance of legitimate concerns of Brexit and Trump voters who have felt abandoned by Tory austerity and the American free market system is what got us here in the first place.

From the outset, it was clear that Brexit was a vote against Tory austerity, against the Westminster establishment and against the rich. The poorest areas of the UK, which have been left behind since Thatcher’s deindustrialisation in the 1980s, came to see the EU as their nemesis. For many working-class Britons, the migrants that entered through free movement rules are seen as competition.

Similar was my confidence in Trump winning — I even put fiver on it with a friend and a pint with another, betting being something I very rarely do. I feel there is a mood of anti-establishment rhetoric spreading across Europe and America currently. People are sick of the status quo and feel abandoned after the recent recession. Tragically, decisions like leaving the EU or electing Trump will only worsen our economic situation.

Both the Leave campaign and Trump’s presidential race placed themselves firmly in the anti-establishment camp. This is despite the Leave campaigns’ two main figureheads, Nigel Farage and Boris Johnson, being of very much established backgrounds (Boris’ infamous Bullingdon Club picture springs to mind). Nigel Farage himself attended private school and worked as a banker for twenty years, yet proclaimed Brexit as a victory against the bankers, the elite and the yuppies (a term I was called myself by a BBC News Have Your Say user).

After his astonishing electoral victory, billionaire Trump returned to his literal ivory tower in New York City, made from Chinese steel, to plan his next move. He was obviously tired from his campaign trail, ranting to his audiences about the evils of free trade and globalisation — which had helped his Trump Tower in rising. The irony of establishment figures preaching to the working-class about establishment evils is not lost on many.

Both campaigns aimed to appeal to the poorest areas of the country with their anti-establishment rhetoric. The Lord Ashcroft polls showed that the poorest areas of the UK had the highest proportion of Leave voters, such as Boston in Lincolnshire, with an incredible 75 per cent voting to exit the EU. Whilst Trump also appealed to the white college-educated population, he managed to breach Clinton’s blue-state ‘firewall’ in the Midwest, helping him capture blue states like Wisconsin in a ‘whitelash’. These blue-collar Democrat states, which had not voted Republican since the 1980s, voted for Trump because they felt abandoned by the establishment that Clinton epitomised. I can scarcely imagine my peers at the University of Manchester voting for Farage or anyone similar, so just how did Trump appeal to such an unlikely demographic?

Midwest Trump voters were condemned as backward racists, similar to northern and Welsh towns that voted for Brexit, which merely adds fuel to the fire. Whilst there are obviously some Brexit and Trump supporters who indeed are racist, brandishing them all under the same brush exacerbates and simplifies the underlying poverty, class and disillusionment issues evident in the triumph of Brexit and Trump.