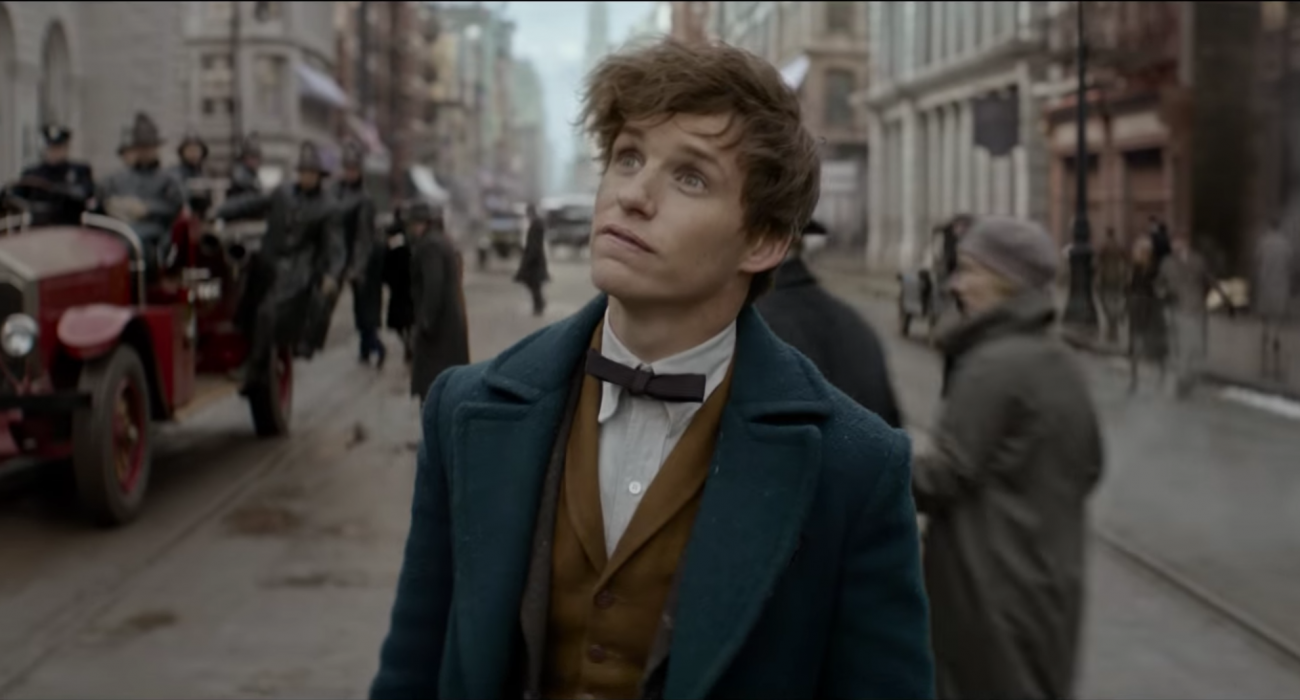 Review: Fantastic Beasts and Where to Find Them

It has been five years since “Potterheads” have been able to see the Warner Brothers logo appear on screen, followed by John Williams’ iconic Hedwig’s theme. JK Rowling has brought the magic and adventure back into our lives once more with the latest instalment in the Potter-verse.  Fantastic Beasts and Where to Find Them is the first of the five films planned in this spin-off series, which is set to feature some very familiar characters, including Albus Dumbledore and Gellert Grindelwald, who is to be played by Johnny Depp — a controversial choice considering recent events. Studios now more than ever seem to be opting for spin-offs, and the Harry Potter franchise certainly isn’t the first to be joining this trend. Rogue One, the Star Wars spin-off, comes out next month, and it doesn’t stop there. A young Han Solo film is underway, and this is rumoured to be followed by a Boba Fett film.

As exciting as it is for fans to see the expansion of these beloved worlds, scepticism always looms. Studios want greater financial control, and what guarantees them profits more than anything are spin-offs. An audience already exists, who will not only line up at cinemas to watch the film, but will go on to buy the DVDs, books and any other merchandise that is churned out of the film, no matter how bad it may be. Considering all eight Harry Potter films generated over $7 billion, it is a safe bet for Warner Brothers that Fantastic Beasts will go on to be another box office success. You cannot help but think such films are a gimmick of this money making scheme, and so inevitably you question whether it will be good at all. As entertaining Fantastic Beasts gets, it is another commercial endeavour for the studio.

Oscar winner Eddie Redmayne is the socially awkward, animal loving hero, Newt Scamander. The casting choice could not be more ideal. Redmayne offers a certain charm and quirk which makes Newt so loveable. The British wizard arrives in New York in 1926 with a suitcase full of intriguing but reckless creatures. After an incident at the bank, Newt loses his suitcase to No-Maj/Muggle Jacob (Dan Fogler). Fogler’s character has become an instant fan favourite who provides the more comical elements of the film. The ex-soldier who dreams to open up his own bakery is thrown into the mayhem of the magical world, after all animals escape from the suitcase. Jacob and Newt are joined by Tina Goldstein (Katherine Waterston) a worker at MACUSA, the American equivalent of the Ministry of Magic; she lives with her telepathic sister Queenie (Alison Sudol) who forms a bond with Jacob.

The entertainment and fun of the wizarding world is reprised in Fantastic Beasts. David Yates returns to this prequel series, which helps to keep the consistency in the franchise, though arguably he is also in the best position to depict this new era of magic. The mythical creatures are enchanting, and as Newt goes on the hunt for them, the film matches the wondrous and exhilarating experiences of the Potter films. However, this is only a part of the storyline. Rowling has as expected focused on a more darker and dangerous matter. Mary Lou (Samantha Morton) and her adopted children, including Credence (Ezra Miller) proselytise anti-witchcraft messages across the city.  This gives way to what perhaps will be the underlying aspect of the series — a battle between witches and wizards and Muggles (X-Men anyone?).

The subplots don’t stop there. Jon Voight plays Henry Shaw, a character whose family seem to be very powerful and influential in the political realm. The issue, which arises here, is that with the inclusion of all these different aspects to the narrative, it just isn’t very cohesive. You don’t get to learn a lot about the different events happening. Similarly, with the introduction to so many characters you don’t get to know much about them either, this includes the protagonist Newt, and some of the characters are just underused. Though it is enjoyable to watch, the film doesn’t do a good enough job in building up to the climax, which includes a very surprising twist. It is merely satisfactory, and many gaps are left which cannot be justified on the basis that this is going to be a series. Fantastic Beasts essentially works to show what the series will entail, and so the film fails to connect and engage with you. Despite the flaws of the film, Fantastic Beasts has done enough for you to expect much more in the films to come, as some very interesting ideas have been introduced.