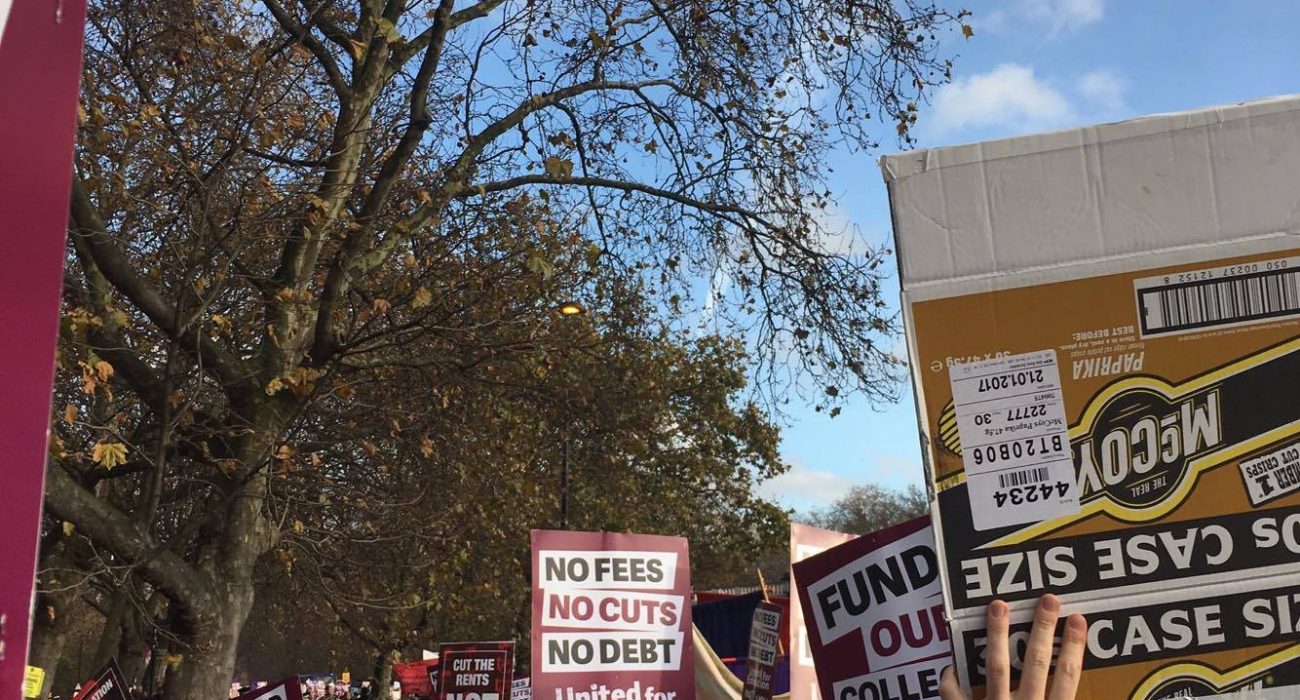 Thousands of students take to London streets to oppose TEF

On the 19th of November, police reports state approximately 6,000 students flocked to London to demonstrate against the proposed Higher Education and Research Bill. Among them were many students from the University of Manchester and Manchester Metropolitan University.  “TEFinitely not”, “Degree without debt”,  and “Fight the Tories” were all recurring slogans at the march.

Naa Acquah, the General Secretary of the University of Manchester, told The Mancunion how students from the different universities of Manchester organised themselves to get a coach to London together, showing their determination to gather as many people as possible.

A petition, known as the TEF petition, has also been launched by the University of Manchester’s Students’ Union to convince the The Planning and Resources Committee (PRC), the university’s executive board not to opt into the TEF (Teaching Excellent Framework) before the decision, planned to be made on the 13th of Decemeber. The national deadline for universities to decide whether they will opt into TEF is the 26th of January. More than 400 people have signed the petition so far within 5 days and more signatures are expected.

If implemented, TEF would lead to the ‘best’ universities increasing their tuition fees and raising them each year in line with the inflation rate. Naa stated that “TEF doesn’t even measure quality teaching”, whereas the current government are promoting “student choice and excellent teaching” in the fact-sheet of the bill.

University staff were also walking alongside the students, denouncing measures they believe would neither improve the situation of the students, nor theirs. It is unlikely that staff will get paid more under TEF’s raised tuition fees. The bill seems to have united all those in academia against it. University of Manchester staff have reportedly been very supportive during the campaign against the bill.

At the moment, the bill is already halfway through the process of its passage. It has been read once in the House of Lords, and will be read one more time on the 6th of December. It still needs to go through several stages before being actually implemented, but some universities have already raised their tuition fees over £9,000 for the next academic year.

Naa hopes the University of Manchester “will stick their head above the parapet and go against the mould”.