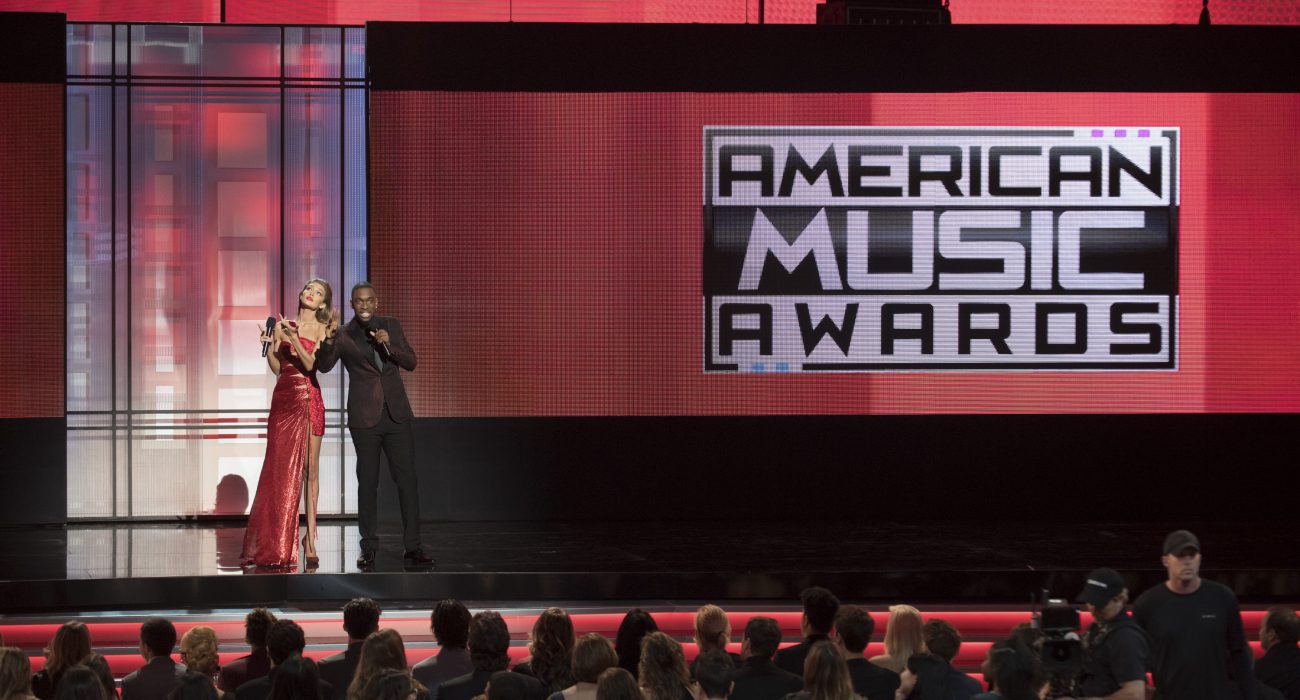 Gigi Hadid, Melania Trump, and the rise of virtue signalling

The American Music Awards (AMAs) has never been short of controversy. In 2009 its public voting system was criticised for posthumously nominating Michael Jackson for awards such as Artist of the Year — it also received complaints concerning Adam Lambert’s ‘racy’ performance at the ceremony.

This year was no different. This time it was one of the hosts, Gigi Hadid, who drew unwanted attention. It was to be expected that a joke about President-elect Donald Trump was going to be made, given his momentous victory over Hillary Clinton earlier in November, and the plethora of material he has handed to the media to satirise.

Gigi Hadid’s impression of Melania Trump at the awards ceremony on Sunday highlighted a few things, and there are many questions that could be debated: was it racist? Should she have had to apologise? The stunt involved her imitating Melania’s facial expressions and Slovenian accent, and saying “I love my husband, President Barack Obama,” playing on Melania’s plagiarising of Michelle Obama’s speech at the Democratic National Convention in Denver in 2008. In that case, the lack of foresight of both Melania and her speechwriter was dumbfounding, particularly in an internet age where nothing can be fully erased or forgotten.

Regarding Hadid’s impression, initially, I felt that it was an unnecessarily personal and spiteful attack on someone who has remained relatively removed from the political sphere. Reflecting on my initial thoughts about the incident, though, it seems clear that she should not have felt compelled to apologise. The impression was based on something Melania had done, and was rightly criticised for. While imitating her facial expression seemed particularly spiteful, and did not add any humour to the segment, double standards of the ‘acceptability’ of mocking others must not be tolerated.

To me, this event illuminated something about the way in which people engaged with the US election and Donald Trump. The process exposed the prominence of ‘virtue signalling’ in our society. Virtue signalling, a phrase coined by author James Bartholomew, is defined by Mark Judge in an article for Acculturated as, “the popular modern habit of indicating that one has virtue merely by expressing disgust or favor for certain political ideas, cultural happenings, or even the weather”.

I noticed that throughout the UK’s European Union referendum campaign, and more acutely during the US presidential election campaign, a competition arose to see who could denounce certain ideas the most. This was particularly the case on social media, irrespective of whether claims were backed up with evidence.

Political discussion and debate on social media platforms have too often become what Bartholomew notes as “indicating” that you share “the right, approved, liberal media-elite opinions” and that you are of a “kind, decent, and virtuous” sort . In no way did I support Trump in the election — I found the election to be demoralising. It seemed, however, that  any allegiance to Trump was deemed completely unacceptable and unfathomable — any and every supporter was immediately branded a racist, ignorant bigot. This labelling does not encourage the challenging debate that is so needed in the current political climate — this is a whole other discussion to be had.

The link between Gigi Hadid’s impression and virtue signalling may not be immediately clear. However, for me, it drew into focus the ‘group think’ mentality that goes hand-in-hand with virtue signalling. It highlighted the connection between celebrity culture and politics, and how this perpetuated the sense of ‘moral superiority’ that Ben Shapiro talks of — which undoubtedly contributed to Trump’s victory. The very overt presentation of morality and decency portrayed by celebrities and others reflects how most of the time it is for their personal ‘aggrandisement’ — for an ego-trip. People are able to place themselves in the camp of virtue and “enjoy a sense of community” and “feel confirmed” in their viewpoint. All of this has been exasperated by celebrity culture and liberal mainstream media.

Some people I spoke to about Trump knew as much as possible about his policy aims. However, the majority seemed to rely upon vague popular discourse and lacked concrete backing to their arguments against him. This is one reason why ‘virtue signalling’ became so prevalent during his campaign, it seemed as though it was a fight for who could shout the loudest in denouncement of him.

There is plenty to say in attempting to reason with Trump’s victory, though it is not the focus of this article. Last Sunday’s incident, however, highlighted a growing problem in society. There is too much concern with appearing in a certain way and conforming to the “right” way of thinking. It is exactly this “group think” and fear of diverging from popular rhetoric that lets someone like Trump gain traction and build support. Instead of concentrating on solutions, we are stuck in denouncing him and failing to fully address the issues behind his discourse. It also brings in the focus the American public’s rejection of the intertwining  of celebrity culture with political strategy, despite Hillary Clinton’s best efforts.