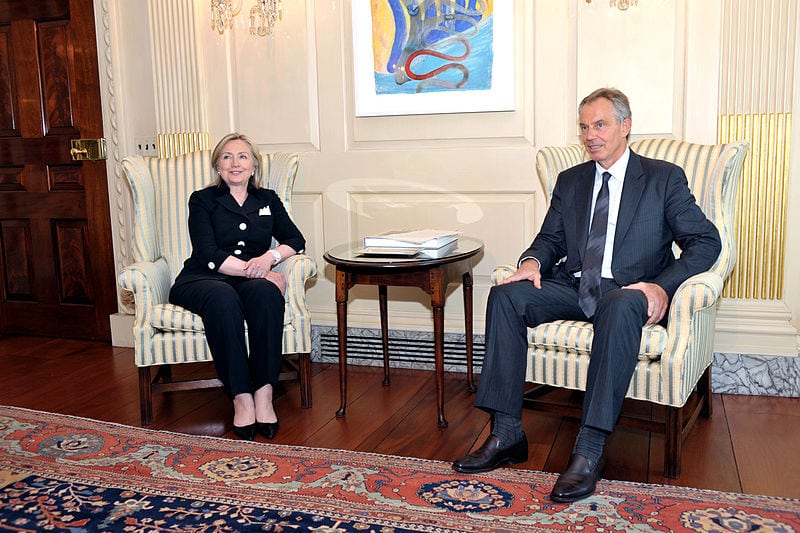 Blairites should not be so self-assured

How is it that the Blairites and their American equivalents can lose so repeatedly but remain able to convince people that they know anything at all about winning? David lost to Ed, Kendall to Corbyn, Remain to Leave, and now Clinton to Trump; and yet, for whatever reason, there is still a ludicrous consensus that these people are who we ought to be looking to for electoral success. And when someone like Corbyn comes along, gets hundreds of thousands of people excited about politics, and makes the hard-left versus the Blairites look like Man City versus the University of Manchester’s Men’s team, the response of the centrists is to put their fingers in their ears, and scream and shout about all that Corbyn is doing wrong.

That’s not to say that Corbyn doesn’t have faults — he does. And he’s probably going to lose the next General Election. But this fact just makes the Blairites’ claims to electability even more ridiculous. If they can’t beat the man who called Hamas a group for “peace” and “social justice”, why would they be able to beat Lynton Crosby’s PR Machine at CCHQ? If Corbyn’s team are analogous to Man City, then there isn’t a team on earth that can be compared to the ruthless efficiency of the Conservative Party.

So, when Tony Blair says he’s going to make a return to UK politics, I’m not sure why he’s surprised that people aren’t very enthusiastic about the prospect. Who are the constituency he thinks he will appeal to? The left hate him. The right hate him. The poor hate him. The rich hate him. Maybe he’ll be able to snag a few liberals who think Tim Farron is a bit of a drip. If Corbyn’s selectorate isn’t enough to win an election, Blair’s disaffected liberals and social democratic policy nerds certainly aren’t either. Even if the impossible happened and Blair did unseat Jeremy Corbyn, he wouldn’t win an election, because the most successful Labour politician of all time is now very mediocre at playing politics.

In a great Channel Four news segment during the first Labour leadership election, Conservative MP Jacob Rees-Mogg and Labour MP Jess Phillips spent the day together talking about politics between themselves and with Rees-Mogg’s constituents. Phillips said that as much as Corbyn harks back to the 1970s, the Blairites have the same yearning for 1997. And it’s neither. As John Oliver would say, “come on, it’s (current year)!”

If Tony Blair’s miserable cohort want to have a shot at taking over the party after a Corbyn abdication—which could well be twenty years from now—they need to understand the three groups of people that Labour need to persuade to vote for them. Firstly, we need to win the people who voted Leave and are unhappy with the pace of change in this country. The liberal dismissal of barmy Brexiteers is doing the cause no favours, and makes us liable to lose votes to UKIP, especially with its new leader who is well-placed to pick up disaffected working-class ex-Labour voters. Secondly, we need to win the moderates who liked New Labour to begin with, but converted to either Cameron or Clegg and are probably planning on voting Tory at the next election. Thirdly, we need to retain the people who likely voted Green in the last election and have joined after Corbyn’s victory: people who mostly like the European Union and think that we ought to be taking our fair share of refugees.

If this seems like a Herculean task, and that’s because it is. To simultaneously appeal to social liberals, social conservatives, economic leftists, and soft-neoliberals will be difficult. It might even be impossible. But if the Blairites want to win, this is the fusion they must focus on.