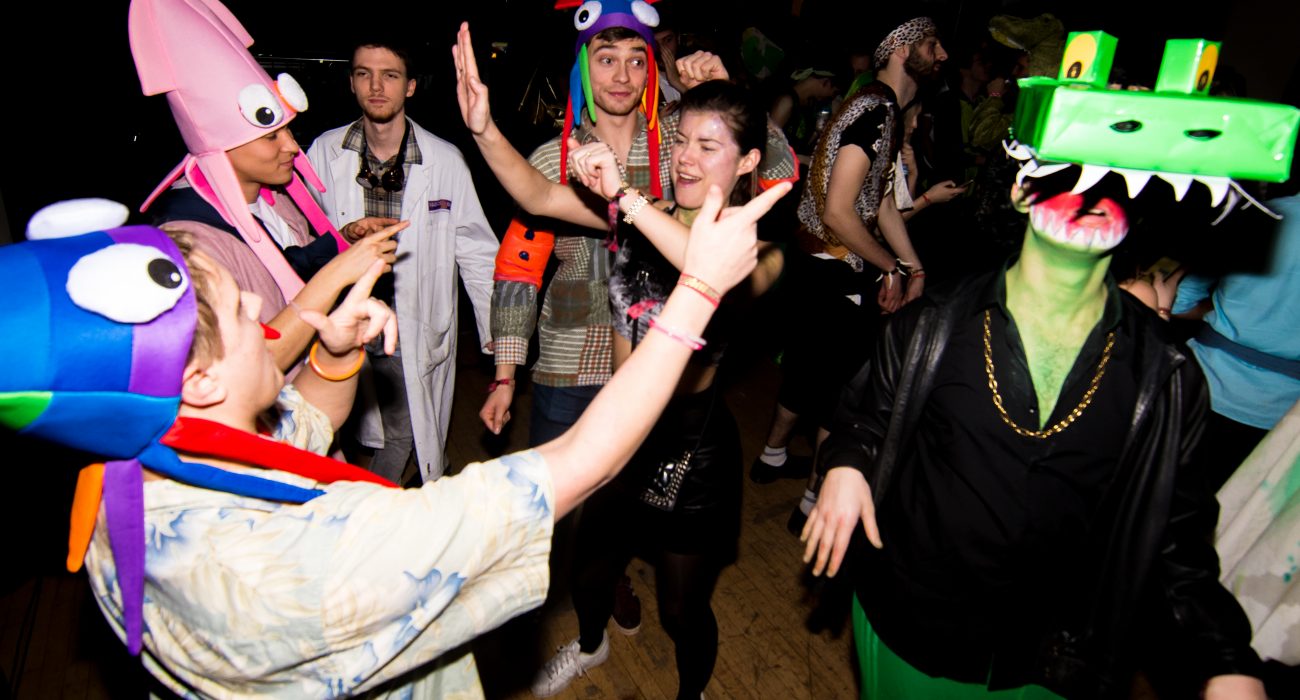 I can honestly say I have never missed a Pangaea. Whether you think that’s sad or impressive doesn’t really matter. My 9th Pangaea in and still going strong.

For the most part, things were as usual, but many things had changed and this was not necessarily for the better.  It must be said that the building work between the Student Union and the Ali G, literally put a dampener on the mood as the peculiar one way route between Academy 1 and the Union made it difficult to get anywhere in haste.

It wouldn’t have mattered so much if the tents outside had made an appearance as per, however due to the changes this wasn’t possible. Such a shame, because this is where the usual buzz and hub of people tend to gather, and without it the night lost an element of magic.

That long, sodden walk was cheered up, however, with the sight of Piggie Smalls and their huge cheesy chips and burgers — can’t go wrong really can you?

But I wasn’t going to let the rain get me down, no way no how. I pandered over to the Union with my food where I was met with amazing cheesy tunes with everyone singing and dancing along together. I feel we need more cheesy music to make for some variation — ultimate cheese room anyone? So hats off to you guys in the Union Bar, you were class.

As the night went on, the enchantment began to resurface as all the rooms began to fill up with glittery dinosaurs, questionable cave girls and other strange mystical creatures.

Headliners, Wild Beasts were less than impressive. They fit the recurring theme of  EDM music and while they were good and I did enjoy their set, the room seemed pretty empty considering they were the headliners. A shame considering in the past we have had HUGE names headlining like Example, Everything Everything and even Sister Sledge — whether you openly like them or not is debatable but you can’t deny that they’re huge. I was more bothered about finding my cigarettes than listening to the rest of their music.

My highlights of the Night included Zak Abel who performed in Academy 1, despite the being dribs and drabs coming through the doors at the time, the music was hypnotically enticing and really grabbed the audience.

Horse Meat Disco who also played Academy 1 with their infamous disco revival, delivered an impressive mix of songs from the well known to the more obscure. Horse Meat Disco have the right ingredients for a good time and always keep it vibrant and fun. Go check them out if Disco is your thing, they will be right up your street.

Also quick shout-out to Gold Teeth too, again as upbeat and energetic as always.

There was a great vibe on the upper floors of the Union; music blared from every room and with such a range of different themes there was a array of places to choose from. This is where it was really going off — or at least it felt like it did, probably because of the size of the rooms and because this is where the majority  stayed as it meant avoiding the outdoors, which makes sense really.

I know the building work can’t be helped, but please can we have some kind of variation in music style? And where has the outside silent disco gone?!

But, despite this, I still love you Pangaea and I’ll see you in June — you must be doing something very right to bring us all back every time. And after living in Manchester for nearly 3 years, I really should be used to the weather by now…