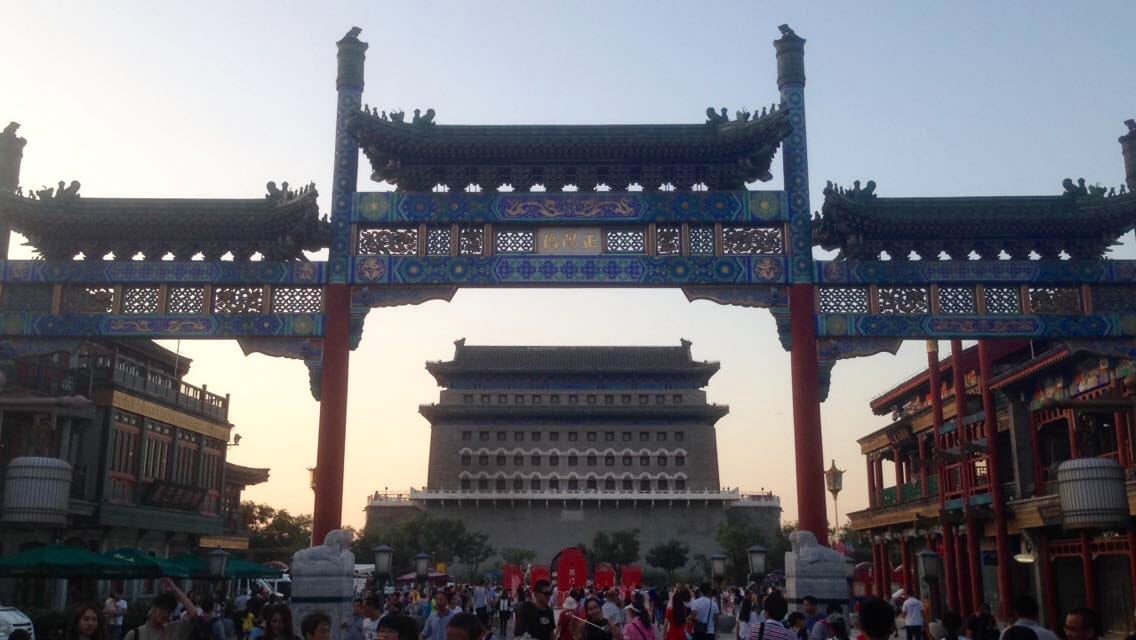 Last summer I was fortunate enough to travel to Beijing for a scholarship at China’s highest-ranked university. It was fantastic to be accepted onto the Experiencing China summer programme at Tsinghua University, expenses paid. This opportunity was offered by my school (Arts, Languages and Cultures) here at the University of Manchester — I first saw about it in a general email and applied on a whim. When success followed I couldn’t believe my luck! Exams ended and I grew increasingly excited.

Then, disaster almost struck. Floods closed Visa Services for weeks: application pending, I feared the worst. Perhaps I should have anticipated July flooding, this being Manchester. Luckily I collected my passport the morning of departure; three flights later, I arrived in China. Exhausted, rattled by time zone and temperate, I found my hostel and crashed. Waking at night, I caught the subway to the Forbidden Palace gateway, lit up in the darkness. China was right in front of me, and it was stunning.

The next morning I hauled my suitcase through the subways to the university. The campus was huge, surely larger than my hometown. Its beauty and scale left me awed and lost. Eventually I checked into my halls bedroom and unpacked. The first few days were extremely social, packed with fellow coursemates to meet. A wonderful atmosphere flourished, welcoming and talkative: everyone made lasting friendships with exceptional quickness and ease.

During the week, morning sessions featured lectures from an array of world-class keynote speakers presenting a variety of topics, with a focus on China: environment, education, history, culture, economy, governance and relations. After lunches, we went out into the city in groups with a guide. Three friends and I chose to investigate galleries. This was an excellent decision, enabling us to visit world-class art areas such as the 798 Zone and Today Art Gallery.

Around and about the galleries – Photo: Jack Greeney

Over the course, we drew up coherent plans on how to improve the areas. On the final day we presented our ideas in speeches to hundreds, and later with huge posters in an expo hall. In addition, we were instructed to write a poem (which I presented, only narrowly surviving near-fatal stage-fright) and create a human structure (which flopped, but at least I wasn’t in charge). Afterwards there was a wonderful gala dinner and ball for everyone, which was hugely enjoyed: and so too its wine.

Learning was only half the experience, however. Plenty of activities were set up, like basketball, language learning, and Tai-chi. Many evenings we ventured out to see famous landmarks of Beijing and the traditional hutong; others we would stuff ourselves full of delicious Chinese food and picnic out on the athletics field all night in the warmth. During weekends, the university provided incredible bucket-list-defeating trips: the Great Wall of China, Olympic Stadium, Temple of Heaven and extraordinary traditional performances at Lao She Tea House amongst them.

The morning after the final day, my best friends and I woke up far too early in the morning (a wincing 4am start) to go and see the sunrise flag-raising at Tiananmen Square. It was incredible to end my stay in Beijing where it had begun, outside the Forbidden City gateway, surrounded by new friends. In this instance, the words ‘life-changing’ are no cliché. Memories from this time I shall permanently cherish and yearn for once again. Our group is set to reunite this summer.

I highly recommend keeping an eye on your university inbox for anything that might crop up. As it was for me, it might well be fruitful. China was certainly experienced — and China was incredible.