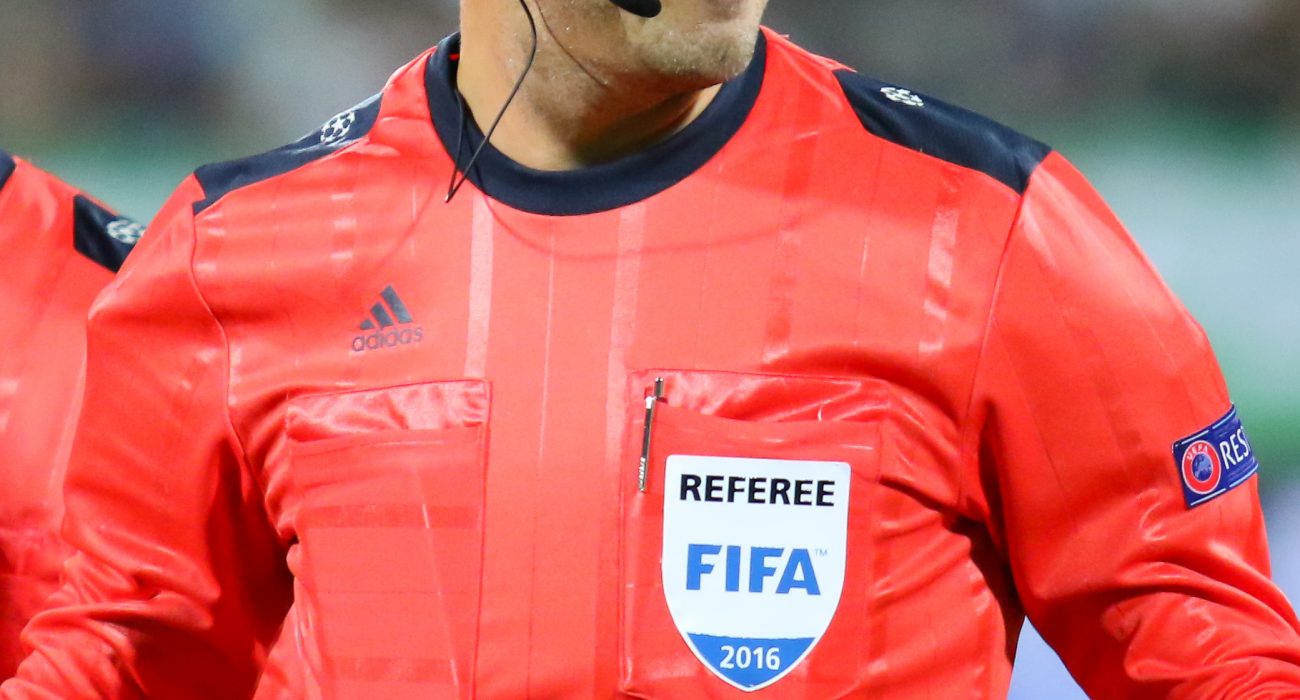 On first inspection, the reason may seem obvious: money, money, money! With the likes of China offering some premier league players ridiculous salaries of over £400,000 a week, referees are treated no differently. What’s the point in having some of the best players in the world in your league if you don’t have the best officials? However the enticement of money only scratches the surface of the reasons behind this and we need to dig deeper to fully understand why big name referees are deciding to swap the green shores of Britain, for the deserts of Saudi Arabia and big cities of the USA, to name but a few of the destinations referees are heading to.

This story was sparked by the shock reports that Mark Clattenburg, argued by some to be one the best referees in the Premier League, and possibly the world, was resigning from his position in the Premier League to take up a new post as head of referees in Saudi Arabia, replacing Howard Webb (another memorable refereeing face from the Premier league) who recently resigned from the position. You could be forgiven for thinking this as rather odd; Saudi Arabia are not exactly renowned for their prowess in world football or for the quality of their national league. The furthest they have reached in the World Cup is the last 16 in 1994 and since then the furthest they’ve reached is the group stage. However oil has made countries such as this vastly wealthy, and with some spare cash to splash around, Saudi officials have deemed improving the country’s football image on a global stage as a top priority.

Clattenburg’s move is of course partially motivated by the large wage increase he is likely to receive, but it is also reported that he has become disillusioned with the lack of support referees receive from the Referees Chief Mike Riley, and the burdensome politics associated with the Professional Game Match Officials Limited (PGMOL). It is true that in England particularly, referees do come under intense scrutiny with every big decision they make, often becoming subject to intense media attention. Referees are human, like everyone else and so are capable of occasionally making mistakes, yet in England they are expected to be almost super human in that every performance should be perfect without any mistakes being made. Referees who do make mistakes receive a torrent of abuse from the media and fans alike, making an already difficult job even more unpleasant. Therefore it’s not hard to understand why a referee like Clattenburg would want to get away from all of it to places where he’s likely to receive a much greater level of respect.

Initially it appeared as though Clattenburg’s move would be immediate, however he is scheduled to officiate in Saturday’s match between West Brom and Bournemouth, and it has now been confirmed by the Premier league that he will remain until the end of the season.

Clattenburg’s departure has been followed by speculation about Michael Oliver’s future as he is linked with a move to the USA to officiate in the MLS. This is coming just days after Clattenburg’s shock revelation about his upcoming move to Saudi Arabia.

Some commentators have described this as the beginning of a ‘refereeing crisis’. Morale amongst top Premier league referees is certainly low at the moment, though it arguably has not reached this tipping point yet. However if we continue down this path of losing our best match officials to foreign leagues, this crisis risks coming to fruition.

So what’s the solution to all of this? It is very difficult, yet small steps could be taken in the right direction to encourage our current top referees to stay and promote the development of future homegrown referees. Greater protection for referees from the PGMOL, and particularly from Mike Riley, would go a long way to helping referees feel more confident that they will be supported both on and off the pitch. New video technologies will help referees correctly make decisions in tricky circumstances and ensure that there can be no debate as to whether, for example, a player has deliberately dived or whether a penalty should be given for a genuine foul. The culture of disrespect and abuse among fans in England towards match officials is now so deeply embedded, it may be unlikely to ever be eradicated. However greater education for the younger generation on respecting referees and their authority on the pitch, may make some headway towards alleviating this problem.

Mark Clattenburg and Michael Oliver are not the first referees to move abroad for greener pastures and if more is not done to combat this issue, they certainly will not be the last.