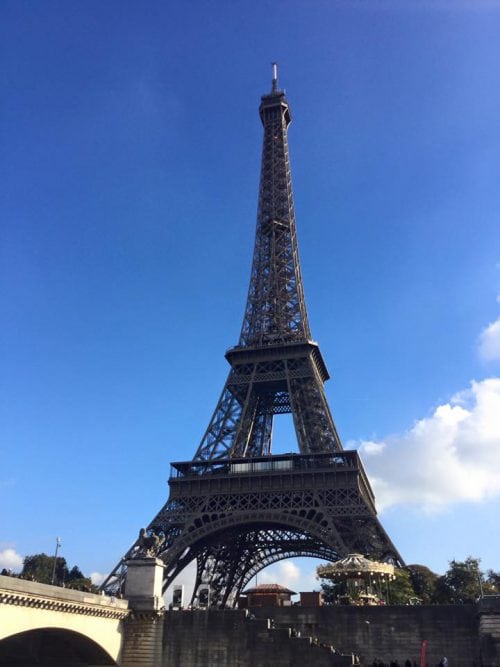 Paris: Exploring the city of love

We took the short plane journey across the channel, flying from Manchester to Paris Charles de Gaulle, before hopping on a short train ride into the city itself. The Hotel Charlemagne in Neuilly-Sur-Seine was a pleasure to stay in, as it was very small and quaint with friendly staff. The décor in the room particularly made me feel like we’d stepped into a F. Scott Fitzgerald novel. As it was a special occasion, my girlfriend had arranged for champagne and patisseries to be waiting for us when we arrived, which the staff were all too willing to provide. My favourite part of the room was the tiny balcony, which provided us with an outlook onto the Avenue de Madrid with its pavement cafes and fountain.

In Neuilly-Sur-Seine, I enjoyed a steak with a blue cheese sauce whilst Em tucked into a gigantic burger. The food was delicious and not badly priced (around €10-€11 each). After a day of travel and with the wine going straight to our heads, we made our way back to the hotel to enjoy a good night’s sleep before the next day’s adventures.

On our first full day in the city, we started at one of my favourite buildings in Paris — the Sacré-Cœur. After battling the 300 steps up to the building we were rewarded by the stunning views of Paris that the piazza provides, as well as being able to see the majesty of the Basilica up close. The walk down was much gentler, and we decided to wander around Montmartre a little and take the time to look around a few of the independent shops that populate the area.

After that, we headed to the Champs Elysees where we opted out of venturing up the Eiffel Tower and instead chose to climb up a narrow staircase to the top of the Arc-de-Triomphe. In my opinion, the views here are unrivalled as you can see the Eiffel Tower in all its glory, and the Sacré-Cœur as well as the eleven streets which spread out across Paris with Napoleon’s monument as their centre point.

Next, we paid a visit to another one of my favourite places in Paris, the Shakespeare and Company bookshop. The hub of writers and artists is also a stockist of new and antique books, and is a vital historic landmark for fans of both the Lost and Beat Generations. Unfortunately, the weather took a turn and we took shelter in a little café to enjoy a hot chocolate whilst it passed, then took a stroll along the river before heading back to the hotel.

That night we got all dressed up and went to Notre Dame, which is absolutely stunning at night as it is all lit up from within. We had a beautiful dinner in a restaurant whose tables spilt out onto the pavement. After a walking dessert of crepes with strawberries, we took the short trip across the city to the Eiffel Tower just in time for it to begin to sparkle at midnight. After a very long and exciting day, we collapsed into bed so we could wake up ready to make the most of our last day.

The final day of our trip was dominated by a boat trip down the Seine which took us from the Pont de Alma to the Pont de Sully and back again. It was a beautiful day and an amazing way to see lots of the city that doesn’t involve a load of walking! We probably had the most fun window shopping for dream houses out of the many beautiful buildings which line the Seine. We did a little bit of real shopping on the Champs Elysees afterwards before making our way back to the hotel in order to be ready for our flight in the middle of the night. All in all, it was an unforgettable and undeniably very romantic weekend.

Return flights from Manchester Airport to Paris Charles de Gaulle are about £100 with Easyjet. 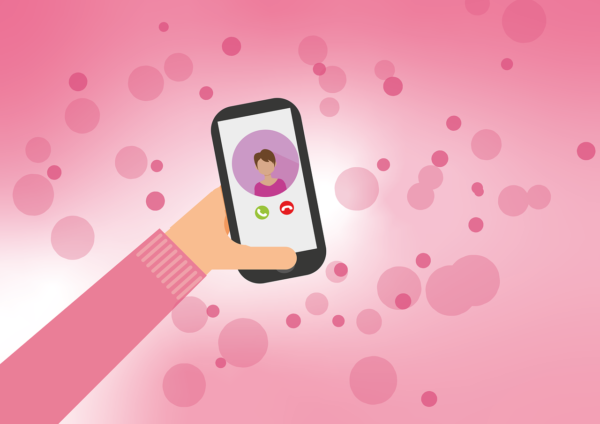 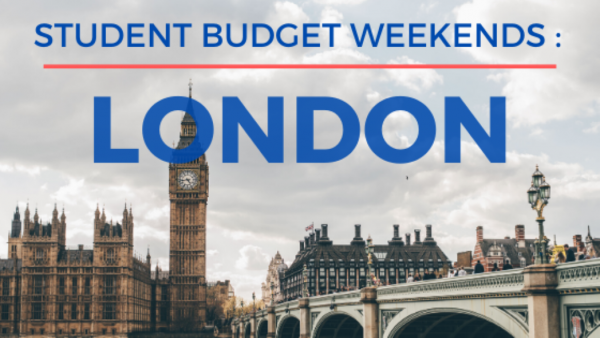 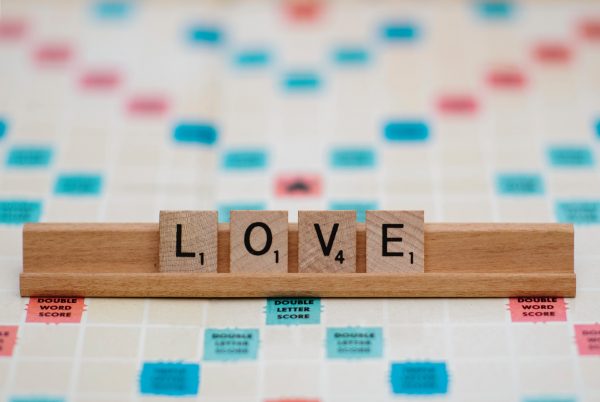