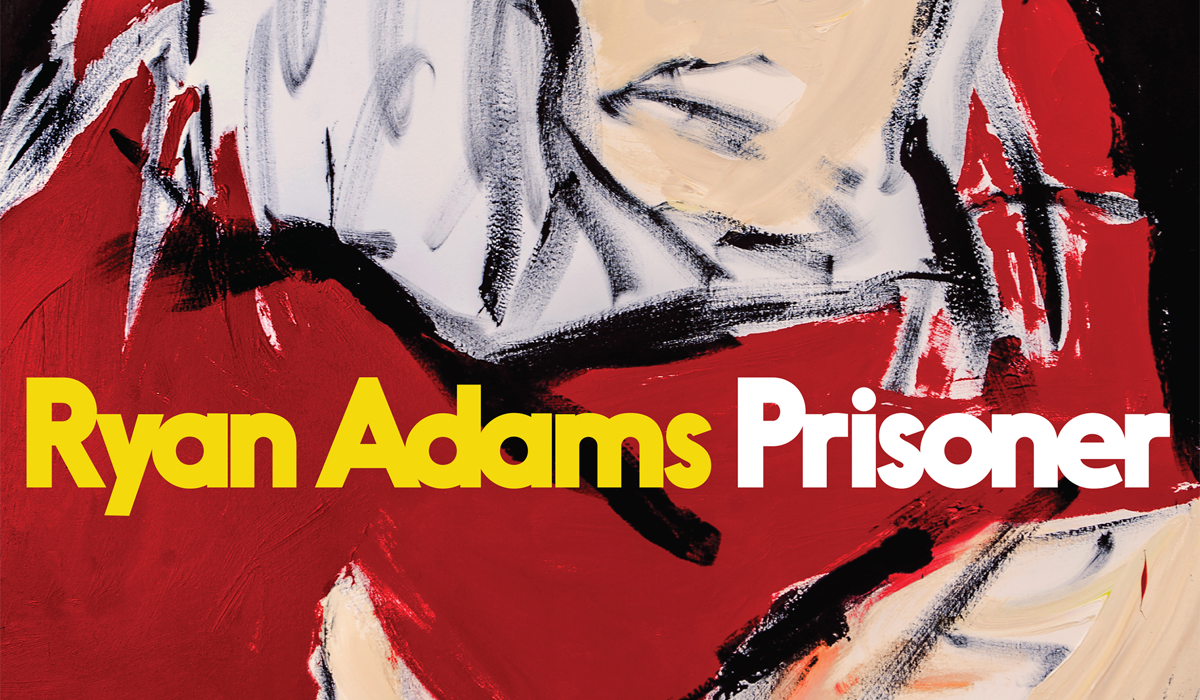 Released 17th February via PAX AM

Divorces are tough: take Ryan Adams’ word for it. Prisoner, his sixteenth album, is so inextricably linked to the recent breakdown of his marriage to pop singer Mandy Moore that it might have well have been titled Hey, Let’s Get a Divorce!

The record predictably delivers heartbreak coddled in Adams’ mismatched sonic universe, happily jumping from vicious power chords to handpicked folk; an impressive blend that he always brings together with his unmatched flair for melody.

On the album’s title track, he proudly wears his influences on his sleeve — his love for the Smiths bleeds through the jangly riff, whilst the broad, welcoming warmth of the song tips its hat to vintage Springsteen. The result is rainy Americana that sounds as familiar as it is new; it reminds us that Adams’ palette has grown considerably over the years (the wild, incomprehensible hair remains a distant remnant of his days as the enfant terrible of the alt-country scene).

‘Shiver and Shake’ is deliberately gloomy hark back to Adams’ take on ‘Shake It Off’, from his recent cover of Taylor Swift’s 1989. Both 1989 and Prisoner tackle the breakdown of relationships, but whilst the former had Adams capturing Tay Tay’s confident “It’s not me, it’s definitely you” sentiment, here he is excruciatingly fragile, vulnerable and regretful, his shaking a literal physical manifestation of how much he misses his ex-wife, rather than the figurative purging of so-called “haters”.

‘Breakdown’ has a magnificently curated sound. Built around an achingly handsome twelve-string riff, it is joined by a heavy melancholia of swirling guitars and heart-wrenching vocals from Adams, breaking back into his Nashville sensibilities. Unfortunately, the lyrics stop the song from being the centrepiece of the record; “Thorn in my side / Pain I can’t hide / Diamonds that won’t shine” comes across as a clichéd, even trivialised tirade.

This is peculiar, since it comes from someone whose previous work is littered with distinctive and unforgettable takes on heartbreak. However, given that the record is inspired from what he has admitted as being the toughest period of his life, it is tempting to take the words as ultra-transparent. After all, clichés almost always come from a place of great and terrible truth.

‘Do You Still Love Me?’ is another song that seems to suffer from the problem of sub-par lyrics being overlaid over a fantastic track. Still, the incandescent, epileptic sound of crashing guitars infuse the song with an intimidating insecurity, making you wonder if Adams’ question is more of a pathetic plea to not be hurt rather than one asking for the truth.

‘Doomsday’ finds him in better form with his words “my love, how can you complicate a kiss”, which features his trademark mournful harmonica, while ‘We Disappear’ is an ethereal closer driven by an unflinching drum-beat over which Adams finally seems to find acceptance. His echoing guitars accompany the album to the end, with a mild sense of something new on the horizon.

A couple of lyrical missteps aside, Prisoner is an accomplished addition to the canon of classic break-up albums. Tellingly, it leaves you inconveniently and impatiently waiting for your next heartbreak, for a passable excuse to stagger back into the all-too-lucid pain of the record.