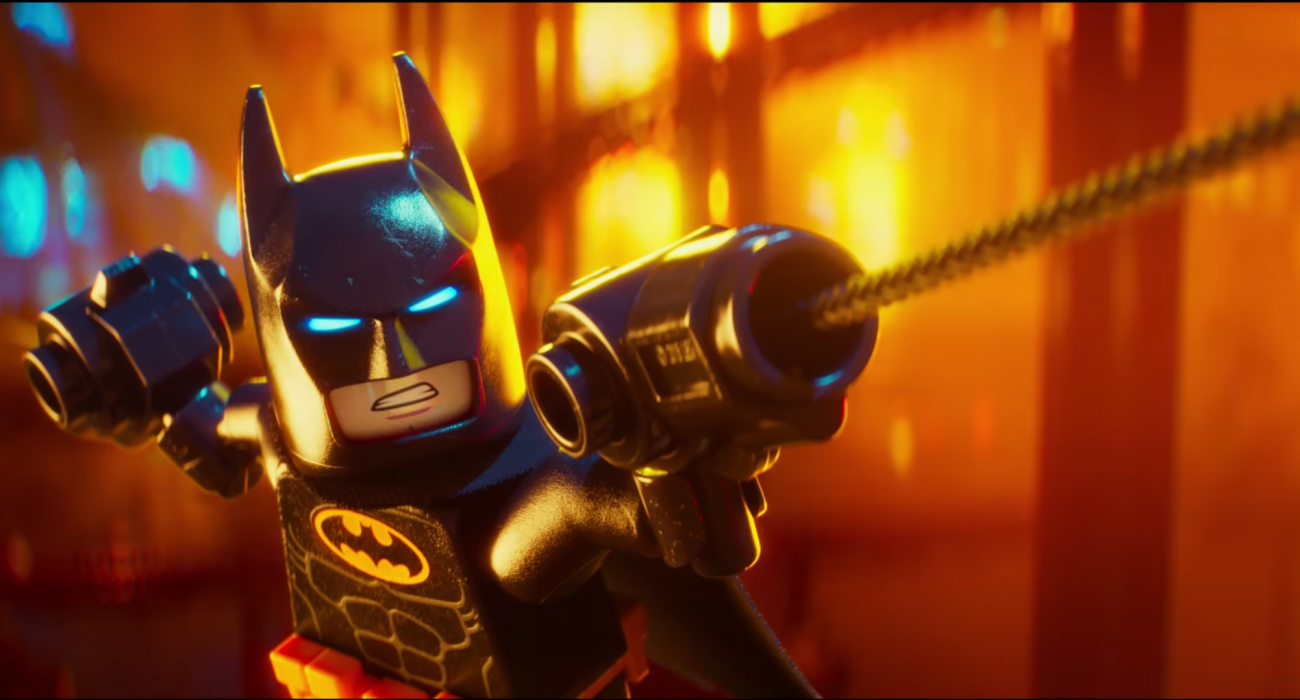 The Lego Movie was a surprise to many, it overcame a lot of people’s expectations and due to its success we now have The Lego Batman Movie; directed by Chris Mckay and starring Will Arnett as Batman. The Lego Batman movie is ultimately a spin off to its predecessor rather than a sequel, as the entirety of the film stays within the Lego DC universe; thereby having fewer references to other Lego franchises as a whole. The film centres around our favourite caped crusader who’s really quite a narcissist, which is not what people expect when they think of the mainstream Batman.

The huge advantage this movie has is the property of Batman itself. Over the years Batman has had a large range of media that this film can pull from, you have weird characters and that you may even ask yourself, “were they actually real?”. The film embraces this by poking fun at all the other incarnations of Batman over the years – having references to as far back to his first appearance in 1939 and even brave enough to delve into the really camp era of Batman in the 1960s. There are call-backs to all versions of Batman, and if you are a long time Batman fan being well versed in the Batman mythos, a lot of the subtler jokes are only going to enhance your viewing experience.

The beginning of the film immediately establishes the tone of the movie, maintaining that huge sense of humour, giving the film such a high level of energy. This is apparent throughout the majority of this movie, where they have a continuous flurry of jokes, to the point where the jokes are so tightly packed together it can sometimes be exhausting to process it all. There are parts where the film does slow down to the point it can be a shock, in contrast to the first half an hour of this film of high energy — you aren’t initially segued into the more heart-felt family dynamic of this film. That being said, the theme of family and how people need one another is a strong element in the story, and one that works well.

One of the highlights of this film has to be the Joker, depicted by Zach Galifianakis. Galifianakis’ portrayal of the Joker has the character in a love-hate relationship with Batman. It’s presented in a version of a lovers spat, as the Joker wants Batman to admit that he loves to fight him and hates him, and above all else he needs the Joker to feel complete. But Batman can’t admit that as he has emotionally isolated himself from everyone, which creates a hilarious scenario leaving the Joker feeling betrayed and unappreciated.

Moreover, the animation is a delight to look at, with its unique aesthetic style of looking like the actual Lego sets you can purchase. The colours are done brilliantly, with the use of dark colours and bright oranges to make Gotham city look visually pleasing. The presentation of the Lego style of stop motion animation makes everything in this film that much more endearing. The fact that Lego are building blocks for creativity, the film is only limited by its imagination.

If you are a long time Batman fan, I would highly recommend this film for you. However, if you are a fan of films in general, there’s enough in this film to keep you engaged and certainly enough to have you laughing out loud. The Lego Batman Movie is a breath of fresh air, highlighting the lighter sides of the Dark Knight — showing us that Batman is a superhero that doesn’t need to be constantly dark and serious to be enjoyable.