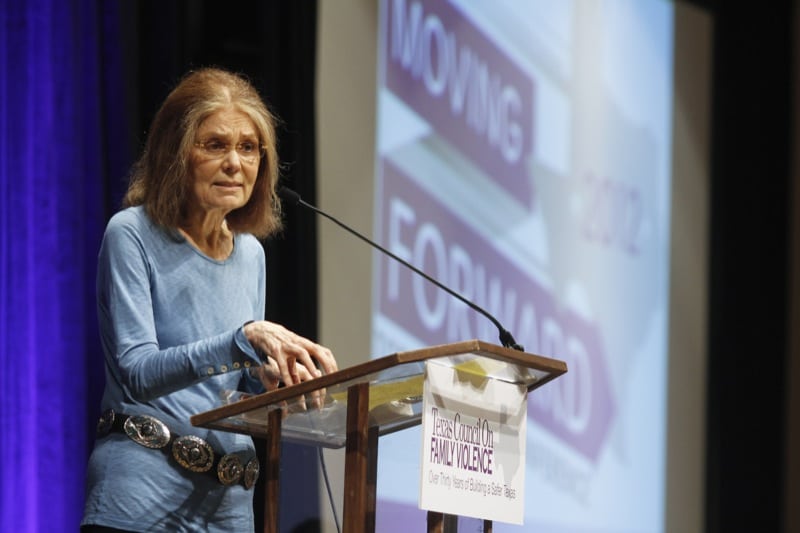 Gloria Steinem became known as the leader and spokeswoman of the feminist movement in the 1960s. Her social and political activism spans decades, from writing books on the empowerment of women to delivering speeches, her most recent appearance being at the Women’s March in Washington D.C earlier this year.

Steinem’s programme provides an authentic insight into the many different ways in which women are affected by issues today globally. This ranges from rape to child marriage. The Emmy-nominated documentary series depicts the harsh reality of those telling their stories, whilst advocating viewers to get involved and help prevent such atrocities.

Episode six looks into the topic of assault in the US military. Many women join the military with the hopes to serve their country, carry on family traditions, and build a successful career. However, too many seem to be losing this opportunity due to the acts of their male colleagues, and the more than incompetent military justice system.

The women in this episode recount their harrowing experiences of being sexually assaulted and raped. The documentary looks into how their lives have been affected since, with all three women speaking of how they attempted suicide as a result, and are suffering from depression and PTSD.

It would be assumed that the military would have an effective regime in place to prosecute the offended to prevent such actions, and encourage more women to come forward. It is in fact revealed that there are many issues with the system, as military personnel speak of the measures in place. The just over 20 minute episode does enough to effectively educate viewers on the background of this subject.

Episode seven explores the world of women who have been placed in prison for minor drug offences, the particular focus being on how it has affected their role as mothers, as the majority of the women incarcerated either enter the prison facility pregnant and/or leaving their children behind. Despite the offences committed, the first-hand accounts enable viewers to empathise with the women for the little role they now play in their children’s lives.

The documentary also looks into the impact of the children, and the psychological effects of being separated from their mothers. This creates an ongoing cycle of incarceration, as such these children are seven times more likely to end up in prison. Additionally, the faults of the prison system are also highlighted. Many pregnant women receive poor treatment, even after they have given birth.

This series captures the struggles faced by women across the world, and how the rights of women are not being fully realised. Woman with Gloria Steinem is shown on VICELAND, which can be found on Sky channel 153 and on NOWTV.