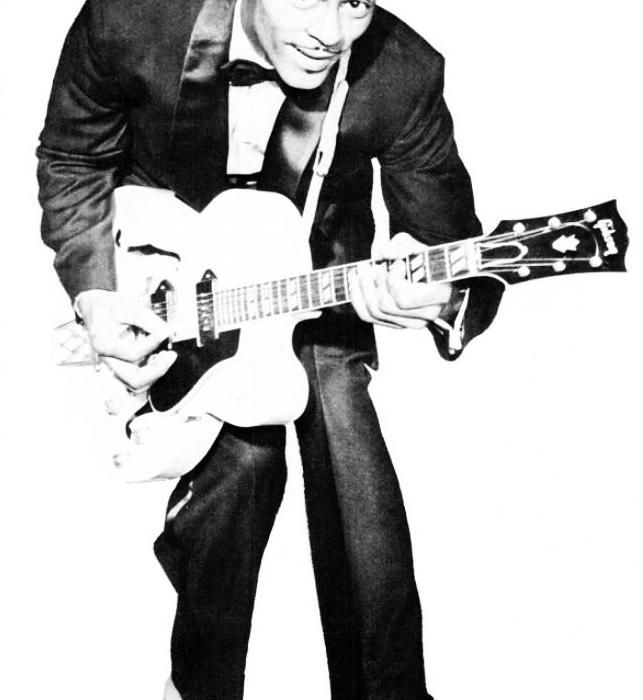 The original rock and roller, Charles Edward Anderson Berry, passed away earlier this week in his home state, Missouri.

You don’t know anything about rock and roll if you don’t know who Chuck Berry is. A widely-accepted view is that Berry was one of the founding fathers in the genre and a pioneer in the emerging art of stage performance. But his life wasn’t always touring on the road. Deep down in St. Louis, Missouri in the summer of 1941, Berry gave his first performance at his high school. His rendition of Jay McShann’s ‘Confessin’ the Blues’ was controversial for the times, but proved to be a resounding success and it was this success which inspired him to learn the guitar from Ira Harris.

When Berry was 21 he married his wife, Themetta Suggs, and worked several jobs in the janitorial and manufacturing sectors in order to support his growing family. It was in the 1950s, when Berry started working with T-Bone Walker, that he began to go back to his music and started performing with Johnnie Johnson’s trio. Even though the trio originally played blues, Berry played to the area by playing country music. In a later interview, Berry stated that rock and roll had always existed, just under other names such as ‘Country Bumpkin Jazz’.

After meeting blues legend Muddy Waters, he got his first recording contract with Chess records in 1955. His pioneering song ‘Maybellene’ reached number one on the R&B chart, this track is arguably the founding statement of the rock and roll genre. The mix of blues and country, original guitar riffs and storytelling lyrics made ‘Maybellene’ and the tracks to follow the first of their kind, and this new sound — while a big gamble — was a resounding success and shows true evolution of music.

His biggest audience were teenagers: Berry once commented that he wanted to make music appealing to the ‘identity of the teenager’, and ‘without showing too much love’ he was able to relate to the teenage masses. Subsequent singles ‘Sweet Sixteen’ and ‘Roll Over Beethoven’ were also hits, but Berry himself felt that the main reason for rock and roll was the times and the technology and that he, like many other musicians, was but ‘a cog in the wheel’. But Berry really did live up to the sex, drugs and rock and roll outlook of the genre, having served some jail time for both offences in 1944 and 1962.

Despite his misdemeanours, Berry achieved a lot in his time. He was the first musician inducted into the Rock and Roll Hall of Fame in 1986, a mere year after accepting his Grammy Lifetime Achievement Award. His clear influence over other musicians and pop culture is probably his greatest achievement, and what will make him a legend long after his passing: The Beatles, Rolling Stones and Buddy Holly all have made flattering imitations of Berry, whether it’s the eccentric guitar riffs, narrative lyrics or erratic stage performances. What’s more, you merely have to give a cursory glance to any list of ’80s hit films to find one with a Berry song, from Marty McFly’s before-his times-rendition of ‘Johnny B Goode’ to the Twist contest in Pulp Fiction featuring ‘You Never Can Tell’.

Berry’s influence is greater than any of us can imagine, but we still have new music to hear from him, almost forty years since his last album: Chuck will be released in the coming months. With music constantly evolving, it says a lot that one genre can still dominate the charts. You can’t beat good music, and as Berry said: “Only rock and roll stays.”