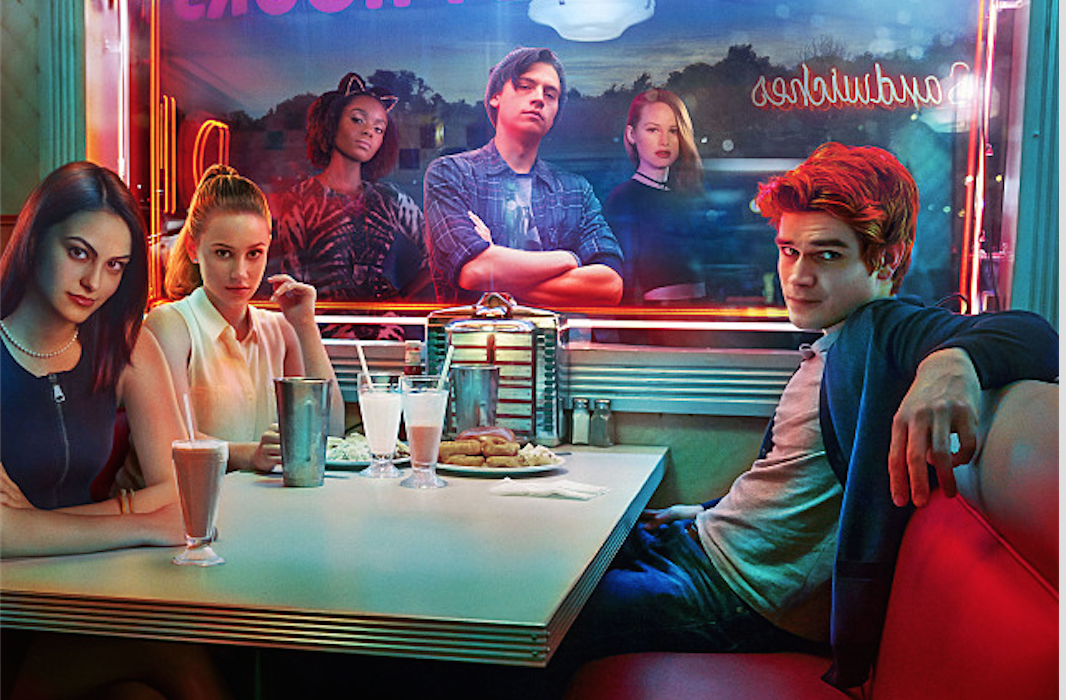 American entertainment channel The CW is renowned for its teen dramas. However, most recently it has been very successful in its collaboration with DC Comics in bringing the popular shows Arrow, The Flash, Supergirl and Legends of Tomorrow. If you have had enough of the typical comic book action, Riverdale may provide you with some solace. Based on the characters by Archie Comics, Riverdale is arguably on its way to becoming the next hit show. Having been renewed for a second season and Netflix acquiring international broadcast rights, it is one of the most talked about shows and definitely one to watch.

The seven episodes which have been released so far have done enough to get audiences hooked. The basic premise of the show follows the titular character Archie (K.J Apa) and his friends. Archie is a talented musician and star American football player at his high school, though his father has plans for him to pursue the latter. His neighbour and best friend Betty (Lili Reinhart), struggles with an obsessively control freak of a mother, who has secrets regarding her sister. New girl Veronica (Camila Mendes), daughter of a disgraced businessman enters the town, and as expected a love triangle ensues, which thankfully lasts about two episodes. Last of the gang is Jughead (Cole Sprouse), a quick fan favourite as audiences will be all too familiar with Sprouse’s work. Jughead narrates the underlying story of the series, the mysterious murder of Jason Blossom, whose body washes up at the town lake.

Riverdale is a combination of Gossip Girl, 90210 and Pretty Little Liars. The typical teen drama and romance exists, and like the shows that have come before it, prevailing societal issues are tackled in the episodes, including race and feminism. The show is crammed with pop culture references, as though no character can go one sentence without it. It comes to a point where it is frankly just annoying, Veronica being the main culprit of this. As the protagonist of the show Archie is still yet to become an exciting character, though comparisons are made between him and Jason, which only suggest that big revelations are to come. But for the moment he is not part of the main action unravelling. Betty is the active force of the show, and despite dysfunctional families being an ongoing theme it is The Coopers who are the most intriguing.

Where Riverdale excels is in the enigma surrounding the characters and the murder. Each character is teased to be somehow either connected to the crime or having information surrounding it. Unlike some shows where it is a question of ‘whodunnit’ and the narrative becomes irritating when not much happens, Riverdale does not fall foul of this. Each episode so far has proven to be compelling, in driving the narrative forward and revealing more about the central characters, leading to some suspicions that all may not be quite what it seems. Stylistically, Riverdale is rather neo-noir like in its dark tones and neon colours, which enhance the story at hand.

It is no doubt that Riverdale is proving to be a success, as Archie Comics has signed a new deal with Warner Brothers to produce more content. It looks like the steps of the Arrowverse is being followed to create a whole new Archie universe.