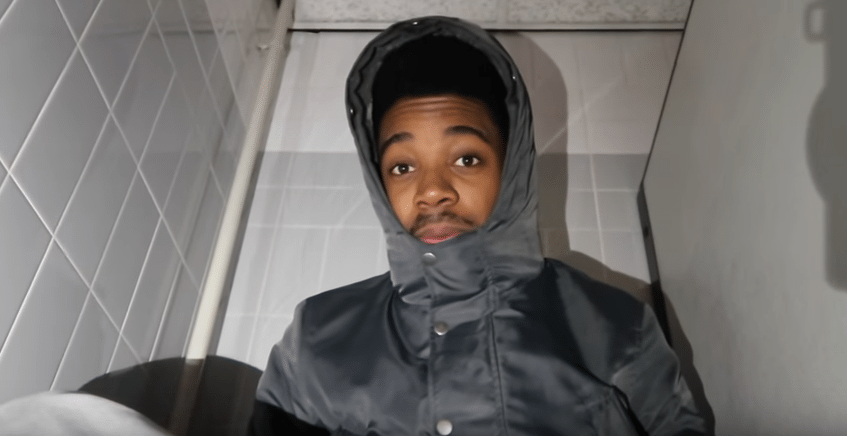 Largely written on the road, Semper Femina explores the inner complexes of feminine identity from Laura Marling’s perspective as a creative artist. It is an open, deeply emotional journey of self-discovery displaying conflicted ideas about love as the singer-songwriter becomes much more aware and cynical about its nature, yet still sees it as key player in shaping people’s identities.

Much shorter than her previous albums at just nine tracks long, Marling has filled Semper Femina with to the brim with emotion and her typical lyrical genius, as well as exploring some new instrumental sounds. As much as this record is just as passionate, it also has a calmer, more considered feel to it than some of her earlier work, particularly the agitated Short Movie and dark A Creature I Don’t Know.

In creating this record, Marling chose to collaborate with Blake Mills, a different producer to most of her past work. She herself has praised his positive influence upon her guitar-playing, challenging her to improve, and this is certainly evident in her variation in guitar technique amongst different songs, and stylistic lean towards some features of soul music.

Prominent bass guitar rings through many tracks, including the bold ‘Soothing’. This opening track was the first single of the album, accompanied by a video directed by Marling herself. It is seductive in every way, inviting the listener to sit down, listen and learn of what the songwriter has to say in an intimate setting: “Your private door to my room”.

Similarly, shuddering drums announce second single ‘Wild Fire’, juxtaposed by Marling’s breathy, deep vocals and a soul-style hook emphasising the focus of the song, “you can stop playing that shit out on me, me-e-eee”.

It is interesting to note that almost every lyrical pronoun is female on this record — a deliberate move by Marling to focus upon herself and fellow female literary/actual inspirations to inform her exploration of feminine experience. This theme is particularly evident in ‘Nouel’, as Marling sings “fickle and changeable, semper femina”, referencing the title of the album which roughly translates to “always a woman”. Accompanied by only guitar and seemingly recorded in one take, Marling’s vocals shine on this track.

Playing along with the “fickle and changeable” sentiment underlying the album, Marling is frustrated and cynical about the concept of love, yet can’t seem to get it out of her mind. “Perhaps she’s had too much of love/can be a sickly thing,” she sings in the ethereal ‘The Valley’, accompanied by rich strings and guitar.

Marling is doing more than simply describing issues of patriarchal power upon the feminine: she is advocating change. ‘Don’t Pass Me By’ can be seen as a referencing challenges to the typical image of the soft, passive female role in history, demanding to know “can you love me if I put up a fight?”.  Furthering this, ‘Wild Once’ displays the stirring lyrics of “it’s hard if you can’t change it/it’s worse if don’t try”, perhaps demonstrating the value Marling is ascribing to this project.

The album concludes with the not very conclusive ‘Nothing Not Nearly’, in a manner as if Marling has gained much insight into what she was searching for in this album, yet is not sure that she is finished in her journey. This track stands out like a painful reminder of the trials and tribulations of love. Emphasising the cynicism throughout this album, Marling croons “we’ve not got long, you know/to bask in the afterglow”. She appears to decide that it is a very real emotion, and a fickle one at that, but dwelling on it is the crux of musicians’ pessimism, as “once it’s gone, it’s gone/love waits for no one”. Not even super successful British folk musicans.

A captivating, intellectual record of vast emotional depth, Semper Femina is a defiant move for Marling into exploring the feminine experience, yet she does not pretend to know all of the answers to the questions it raises. It is inconclusive, but not indecisive, and displays some of her most thought-provoking work yet.