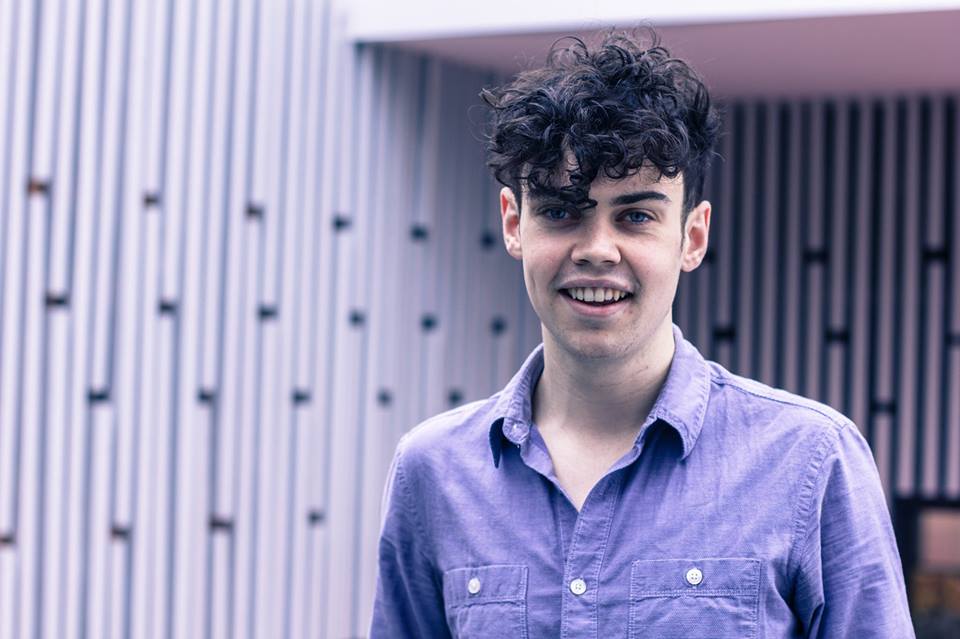 MCR Live is a brand new radio, podcast and content network. It is based in Manchester and is a platform for the city’s musicians, DJs, thinkers, and influencers. I spoke to Rhys Hancock, co-founder of MCR Live and alumnus of University of Manchester and Fuse FM, about the project and his more general involvement with music and radio.

MCR Live was the idea of Radio.co, an ‘all-in-one radio platform for today’s broadcaster’. Initially, Radio.co was trialling a smaller network called ‘Northern Quarter Radio’, but after a six-month test transmission, they decided to make it bigger and to encompass Manchester as a whole. It was when Rhys joined the process that the project began to move away from the traditional radio format.

Rather than traditional advertising, MCR Live relies on partnerships and branded content with big names such as Skiddle, Funkademia and Percolate. What this essentially does is combine modern radio with social media campaigns. “It’s like a more cultural version of LadBible”, Rhys explained.

This forward thinking makes perfect sense, and it is a wonder that MCR Live are the first to do it. Rhys put the network’s innovation forward succinctly: “There are other people doing aspects of what we’re doing, but no-one is combining these aspects together under one platform and brand.”

The network is aptly named, for Rhys collaborates with names from across the city. Residents include not only bigger players and city legends such as Below the Surface, Funkademia and Percolate, but also up-and-coming collectives such as OfftheRecord, which is currently run by Manchester students. “We want to provide a platform for all kinds of creatives, influencers and DJs across the city and beyond. Some have larger followings than others. As long as they are providing quality content and mixes, then we are willing to open our platform up.”

Aside from DJs, MCR Live is also close to local bands: “Rob Paterson, who was on my course at uni (and a former Mancunion music editor) is in a band called The Vanity Project and they have a show with us on a Saturday that is well worth checking out.” And the web of connections has yet to finish expanding: Rhys tells me that he’s in talks with the likes of Duncan Wallis from Dutch Uncles. “He’s a top guy and a big name in the Manchester music scene.”

Regarding the Manchester music scene, as a University of Manchester alumnus, Rhys shared his thoughts on the interaction between the students and the nightlife. “My general music tastes have always been fairly constant. I’ve always listened to electronic/alternative and dance music. However, through going to the University of Manchester, I definitely started go to more disco, funk and house nights. I guess that’s part of the university experience in a place such as Manchester, being able to discover different genres and nights.”

In his time at Manchester, Rhys was Station Manager of Fuse FM. Prior to university, he didn’t have any training in radio other than a few “awful” teenage podcasts with his mates, so he seemed grateful for his experiences with it. “Fuse FM will always have a place in my heart for what we did, the friends I made, and the opportunities that came as a result.”

Although Fuse FM gave him the opportunity, Rhys’ involvement in MCR Live was one of luck: “By chance, I went along to a Northern Quarter Radio meeting and met the guys from Radio.co and from then I had a few meetings. I was doing my dissertation at the time and I seemed to be in the right place at the right time.” For anyone hoping to crack their way into the media industry, Rhys offered an insightful comment: “It’s important for anyone to get out there and network; you don’t know who you’ll meet and where it’ll take you.”

And just because it’s becoming a killer part of the industry doesn’t mean that MCR Live ignores the larger issues in media. Rhys took the time to speak out on the representation of women in the media: “I think it’s clear more needs to be done. As a start-up, we need to get fully up and running before we can truly help the cause, but we have more full-time female employees than male ones at MCR Live, so it’s a good start.”

He also detailed his connection to the recent Women in Media conference, in which successful and influential women from the industry conducted panel discussions, workshops and keynotes. “I’m friends with the guys who run Women in Media, and they’ve done a great job”. Rhys has intentions to work towards contributing to their cause: “Over the coming months and more, I hope we can do our bit to get fair and equal representation for all.”

On the topic of development, MCR Live holds high hopes to become more than just radio and podcasts: “We want to evolve into a lifestyle brand, with the expected rise in city centre residents due over the next few years — it’s important to create a central point of contact for music, arts and culture. Social media campaigns, live events, video and more. We want to become a new style of local multi-platform media company that has not been seen before.”

At this point it only seems fair to end this brief glimpse into MCR Live with Rhys’ own summing up. When asked to describe MCR Live in three words beginning with M, C and R, I was once again met with the true potential of the platform: “Manchester Creative Revolution”.

With philosophical podcasts like Manchester Conversations and The Book of Future Podcast already running, and with more in the pipeline spanning comedy, health, art, sport and more, if you were to ask me if MCR Live is capable of a creative revolution, I would answer that it will fall nothing short.