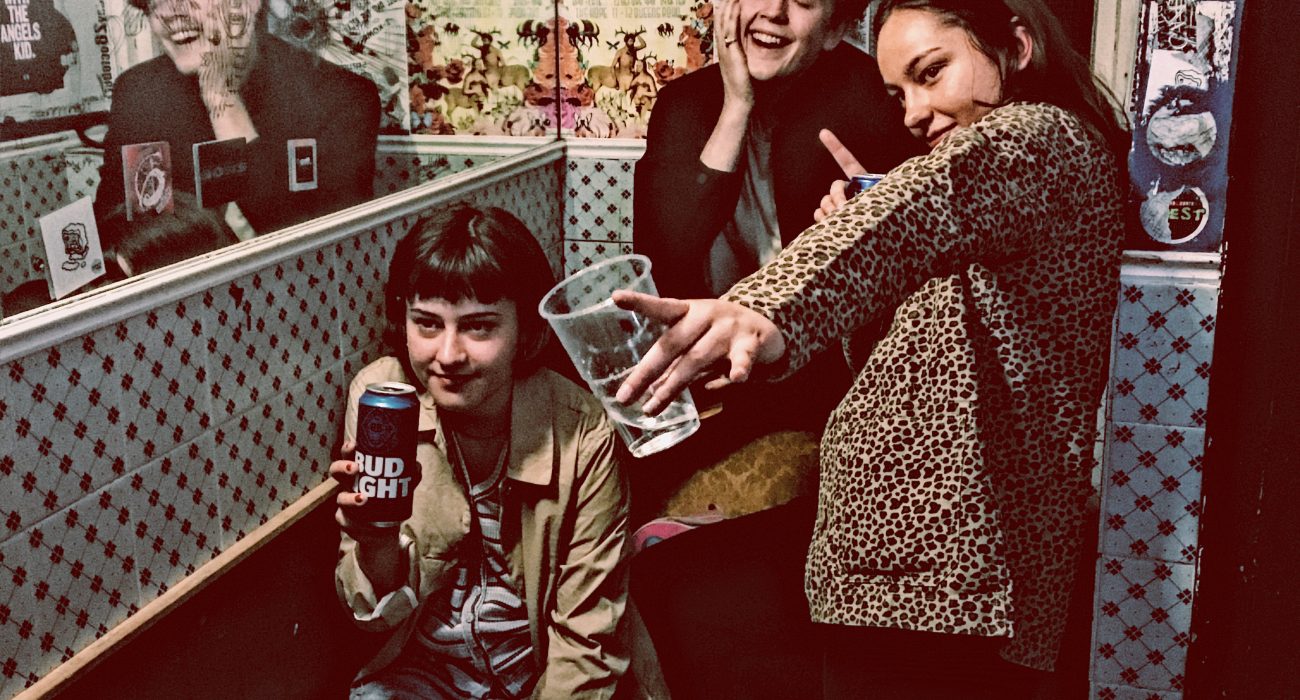 The Orielles are shaking things up within their music; the fresh-faced trio bring a strange new and modern twist on the 90’s grunge feel. The female-led group, with Esme on bass and vocals and Sidonie on drums, was refreshing to watch in a time where music is male dominated – however, this isn’t to say that guitarist and vocalist Henry Carlyle Wade was short of the spotlight; he was full of energy and impressive moves which really pulled in the crowd.

Set in The Hope & Ruin in Brighton, the grungy but cool venue emphasised the mood and reflected the vibe that the band were trying to relay, the whole room was brimming with excitement and intent to experience the group. Whilst there were no magic light shows or extra visuals, it was not necessary nor would have added anything extra to the performance.

The 30-minute set was filled with swirling and sultry melodies transporting you to a world full of surf pop, magnetic vocals and sea green. Despite their young age they are all really making ripples in the music world.

Sometimes old-school sounding music has a tendency to have most songs sound very similar and merge into one other; this was not the case for the Halifax-based band. Each song had its own unique sound, each song cleverly thought out and causing a dreamlike trance with its ooh’s and ahh’s or inducing a intense urge to dance around by its incredible riffs and solos.

For a band, who are relatively new to the game and such a long way from their home town up in Yorkshire the trio did surprisingly well to pull together a relatively large audience; and still only partly way through their tour, one can only imagine that this will be same the case up and down the country.

The Orielles performed tracks from their last EP ‘Jobin’ which is Abe to transport you to the middle of a feel good rom-com from the 90s. Light jingly melodies and airy vocals make you want to blast it from a car with the roof down a perfect summer soundtrack.

The standout song for me was ‘Sugar Tastes Like Salt’. Normally the idea of an eight-minute song would quickly get boring, yet the ever-changing tempo, which took us from a slow and lulling mood to rapid beats, synths and distortion, kept everyone moving and engaged. It really was spectacular.

The Orielles are something not to be missed or underestimated; they are making ripples in music, and have a large eventful career ahead of themselves. I highly recommend and look forward to hearing what they make next.