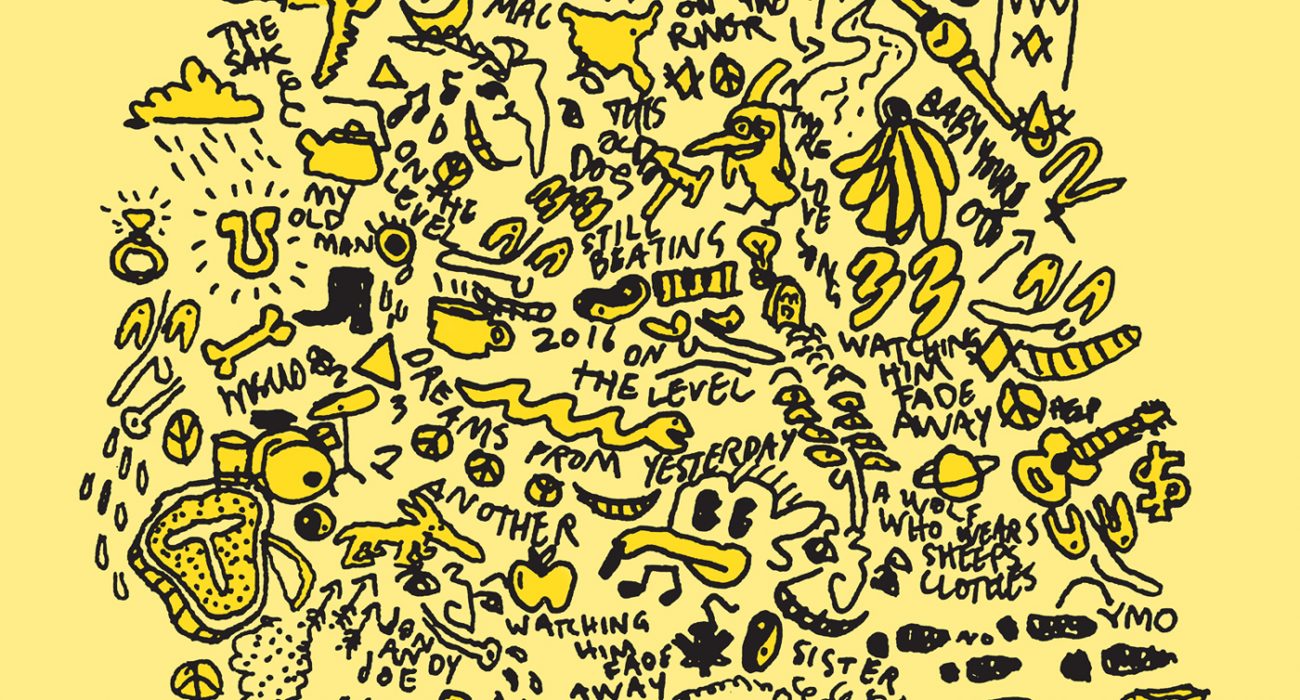 Released 5th May via Captured Tracks

Mac DeMarco had to grow up one day. For a few years now, it seems like the Canadian singer-songwriter has been tentatively trying to get out of the corner he’s painted himself into: despite a notably more downbeat, introspective and synth-streaked turn on 2015’s mini-album Another One, he’s still widely perceived as a carefree prankster — a ‘pepperoni playboy’ in Pitchfork-language — and he’s attracted a cultish fanbase of sixteen year-olds in Mac-approved dungarees and caps.

It’s an image that aptly suited the greasy haze of his earlier music, but more recently it feels like he’s been courting it by necessity. When he gave out his home address and invited fans to visit him at the end of Another One, it felt less like a chance for him to party with his admirers and more like an opportunity to show them that he’s not the person they’ve made him out to be. Turns out Mac DeMarco is a normal dude who gets sad sometimes, just like the rest of us.

His new album, the unassuming This Old Dog, is in the same spirit. After enduring the inevitable twenty-four-seven visits to his home, DeMarco would be forgiven for wanting to turn away from the spotlight to get some peace and quiet. Instead, he’s opened up even more with his barest and most personal album to date. The slippery guitar work and odes to cigarettes are out, replaced by simple, warm arrangements and some serious soul-searching.

It’s not a sea change — you wouldn’t mistake him for anyone but himself on any of This Old Dog‘s songs — but it’s surprisingly becoming. Beneath all the hi-jinks, DeMarco has always had a refreshingly direct turn of phrase and can effortlessly write a winsome melody. By stripping away most of the silly signifiers which have made him something of a marmite figure previously, he’s shown that at his core Mac DeMarco is a very accomplished singer-songwriter.

With a handful of exceptions, the songs on This Old Dog are bright and clear with acoustic guitars front and centre. Over the last few years, DeMarco has been modestly expanding his repertoire, adding synthesizers to a few tracks on 2014’s Salad Days and giving them a more prominent role all over Another One.

There’s still some of that here, but mostly he’s pulled in a different direction; the downtrodden ballad ‘One More Love Song’ boasts a real piano in the chorus to striking effect, while ‘A Wolf Who Wears Sheep’s Clothes’ is streaked with harmonica.

‘Dreams From Yesterday’ is basically a Bossa Nova track, and with lightly strummed acoustic guitars and wafting keyboard lines it’s possibly the most laid-back song he’s written — and this is a man who doesn’t exactly shy away from that sort of thing.

If his previous aesthetic choices have made it feel like you’re watching him on an old ’90s TV set, here it sounds like he’s right there in the room with you.

The songs feel a lot more lived-in than any he’s put out before, likely due to his choice to let their demos sit untouched while moving house over the summer — probably the first time he’s really halted his relentless cycle of recording and touring since 2012.

Then there are the synth tracks, which, although strong pieces of music on their own, sit a little uncomfortably with the rootsier sounds on the rest of This Old Dog. Songs like ‘On The Level’ and ‘For The First Time’ resemble distant cousins of previous songs like ‘Chamber of Reflection’: spacey, weightless and just a little eerie.

DeMarco is just as compelling when he’s spaced out and electrified as when he’s lucid and contemplative elsewhere. Yet although it’s certainly satisfying to see him take some tentative steps away from the sound that was just beginning to feel slightly limiting, in the context of the album it feels like he’s pulling in two totally different directions here, undermining This Old Dog‘s cohesiveness a little.

The music’s not the only thing Mac has changed up here. Lyrically, the album is a lot more introspective and serious, miles away from the radio skits that punctuated his first release, Rock and Roll Nightclub, back in 2012.

The grave illness of his absent, alcoholic father is a persistent theme: from the chorus of opening track ‘My Old Man’ (“uh oh/looks like I’m seeing more of my old man in me”) to the frank and painful closing track ‘Watching Him Fade Away’, DeMarco is preoccupied by his complex feelings of grief for the prospect of losing his father and indifference towards a man he barely knows. The last track in particular has some of his most moving lyrics.

Around the margins of this emotional core, Mac isn’t getting any younger and spends a lot of time looking back — see lines like “There’s a price tag hanging off of all that fun” and “No amount of tears/Could roll back all the years/Bring back all your dreams from yesterday”. His songwriting has always been more sincere than you would imagine from his public image, but here in particular he does seems a lot more concerned with directly expressing himself and leaves little room for people to misinterpret how he feels.

If his previous output was suitable for an afternoon barbecue (this is only partially metaphorical — 2015 instrumental EP Some Other Ones was literally composed for a barbecue), This Old Dog feels more appropriate for a campfire heart-to-heart. We’ve always known Mac DeMarco was someone you wanted at a party; now, we know you want him around when times aren’t so good too.

This Old Dog is a welcome change in direction for Mac DeMarco, appropriately changing up a formula that was just beginning to show its age. DeMarco is showing his age too, and his decision to apply his astute songwriting towards more mature matters pays off.

Abandoning the instrumentation and sensibilities he’s best known for, he’s shown himself to be more than the scene he’s come from and the persona that’s formed around him. For the first time, he doesn’t at all resemble the somewhat cartoonish figure his press coverage and social media presence paints him as.

Mac DeMarco is a real person, and a mighty fine songwriter as well — looks like you can teach an old dog new tricks.