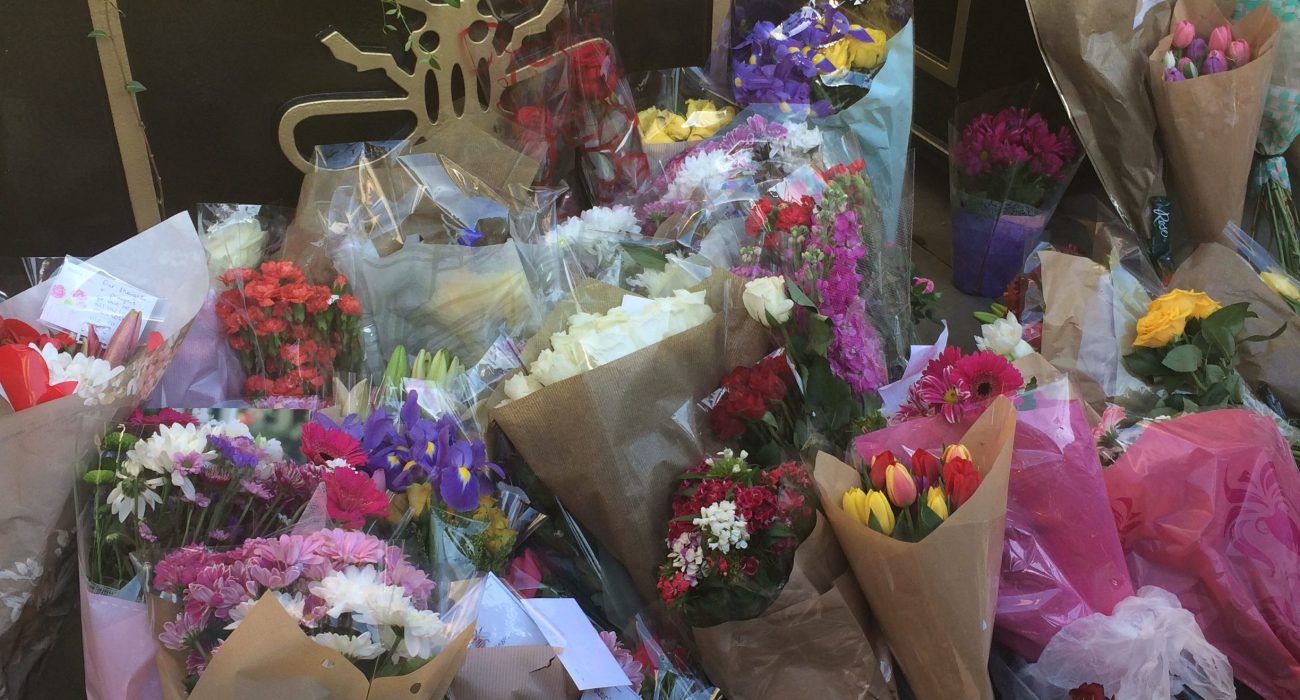 As you can probably tell from my name, I am an Arab, I am a Muslim and I am not British. The aim of this article is not to state that Islam is a religion of peace, nor to say that all these terrorist attacks do not represent me, my religion or my beliefs.

I am writing this to share my feelings. I am writing this as a Muslim, a woman, a mother, as someone who lived in Manchester for many years, as a student who learned and gained experience from the University of Manchester, and above all as a human who is feeling sad, confused, scared, but who still believes in the good of sharing feelings and thoughts that bring us all together.

The Manchester Arena bombing was devastating news. This news came seven months after me and my family left Manchester and returned to our home country, after six years living in Manchester.

During my usual morning Facebook check, I saw the news that Manchester was under attack. I immediately checked the news, and asked my sons to ask about their friends in Manchester to see if they were ok. While I was watching the news, I felt that my home was being attacked.

Those streets, alleys, hospitals, and halls, were all familiar to me. The hospital I took my son to, the street I walked on dozens of times, the shopping centre where I used to hang around, and most importantly, the people, the Mancunians who I talked with, made friends with, with whom I celebrated New Year and Christmas lights, enjoyed hot summer days and complained about the non-stop rain.

On top of being sad and devastated for the families who lost their loved ones and for the city I love dearly, there also came the news that the attacker was a Muslim man who lived his whole life in Manchester — this alone added salt to the wound and made the pain even more severe.

The bomber had a similar name to our names, claimed to have a religion the same as mine, talked my language, but was in no way near to what I hold in my heart and mind.

Yes, the people of Manchester were betrayed by a man who lived amongst them, who attended Manchester schools, and who went to Manchester hospitals when he felt sick, who walked between people but deep inside him and in his mind he was planning ways to kill and destroy.

This man and anyone who acts or believes in what he did, betrays the communities they live in. These terrorists do not only attack and betray cities and spread horror, they betray Islam. They make Muslim communities vulnerable to hate crimes, anger and to be subjected to crimes they did not commit.

As Muslims, we now find ourselves demonized on all news channels, social networks, and in most discussions. We are attacked by both sides, by terrorists who kill our loved ones, and disrupt the stability of the countries and cities we live in, and by a society, who questions our faith in all media and conversation.

These terrorists condemn all that is important to us. Our home, loved ones, security, freedom, faith and ultimately, our identity.

As a Muslim woman and a mother, and as someone who has lived for many years in England and in the Middle East, I have to say, I am scared, powerless, angry, and I feel stuck. I am stuck in a situation that I can do nothing about. I cannot convince ISIS to stop the killing, destruction and the horrific treatment of people. I cannot tell them to stop using my beloved religion to serve their agendas and sick motives. I cannot convince the world that ISIS doesn’t represent our beliefs or us.

I have witnessed the rise of ISIS in my region and every time I watch the news, I feel like I am watching a horror movie from the Middle Ages. I have witnessed the deadly war in Syria and Yemen, where people of all ages are being killed, bombed, poisoned by chemical weapons, forced to flee and drown in dark seas for a war that no one knows why it started or when it will end.

I always try not to be affected by the stories of friends who wear the Hijab and are constantly being attacked in the streets. People who get shot and stabbed because they look like Muslims and Arabs. My relatives who are doctors and students are shouted at and being called losers because they are Muslims. I feel scared for my children, my sisters, my brothers, and my friends for fear of them being bullied, discriminated against, or attacked for being Muslims.

In the past few years, I have tried to do something and not just stay with hands folded. In 2011, I went to my boys` school in a local neighborhood in Greater Manchester. There I talked with children about Islam and tried to let them know that Muslims are not the evil people they see in the news but they are their friends and neighbors.

In 2014, I created a video by asking Muslims from different parts of the world to hold a paper saying “Bring Back our Girls” in solidarity with the girls in Nigeria who were kidnaped by Boko Haram, a terrorist organization who also use Islam as their tool to achieve their own agendas.

In 2015, I wrote an article entitled “Not In My Name” in this newspaper after the Charlie Hebdo attacks in Paris saying that those attacks were not in our name and that it didn’t represent our faith or us.

In 2016, I went to a vigil in Manchester city centre after the Nice terrorist attack. I went there with my veil on to stress that I am a Muslim and I am in solidarity with the French people.

But whatever I do seems tiny and insignificant compared with the events that are taking place. The amount of lives lost, the ugly ways of killing, the attacking of places, cities, communities that we love, and the feeling of betrayal, makes me feel I am standing in front of a tsunami wave that wants to wipe out everything we hold as important.

To anyone who is willing to stand beside me in front of the tsunami wave: I hope I am not alone.

Dalal Abbasi , has an MA in Digital Technologies for Communication and Education from the University of Manchester and a PhD in Education.