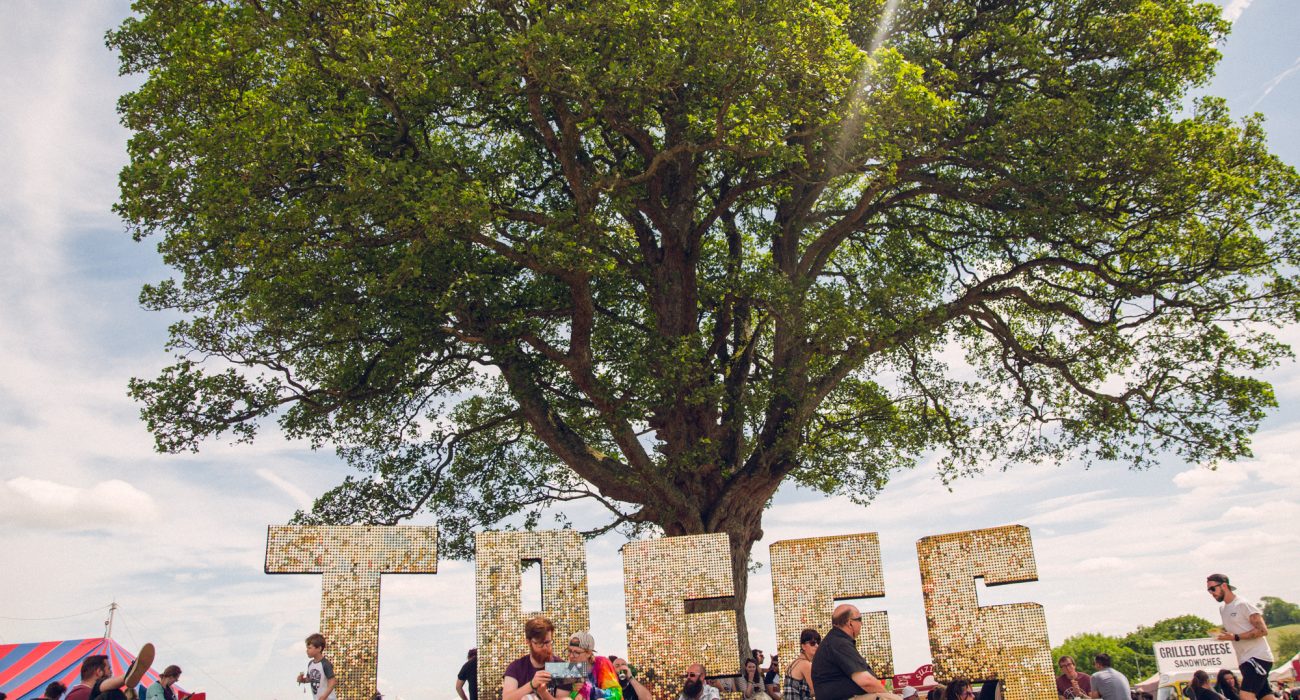 2000 Trees is described as being small but packing a punch. A strong statement to make, but very true to its words. Long gone are the days of shouting ALAN & STEVE and in 2017 it has since been replaced with, ‘OH JEREMY CORBYN’.

On Thursday festival goers were graced with plentiful of choice, from the band that ‘shout at the moon’, Mallory Knox, legends Young Guns and energetic performances from Pulled Apart by Horses and great performances from upcoming bands such as the likes of Bellevue Days. With such a strong line-up from the first night the bar was set extremely high for the following days that remained.

Friday was filled with sunshine, surprise acoustic acts in the chilled-out Forest Sessions and a lot of happiness (and sweat).

Deaf Havana who were a high priority on my list did not disappoint. They left the set list choice to those on Facebook to vote, and with a lot of people intending to vote for ‘Nicotine and Alcohol’ but instead voting for ‘Cigarettes and Alcohol’. Front man James exclaims that if this is what the people vote for then this is what you’ll get; swiftly breaking into the northern Oasis’ classic.

Frank Carter & The Rattlesnakes were a real stand out act for me. With the set being stopped not just once, but twice to help people in the crowd. First, a girl who was being crowd surfed out lost her bum-bag, the singer stopped mid set and got the whole crowd to look at their feet for the bag, which resulted it being quickly returned.

For the second-time the reason he stopped was a little more serious; a small fight was breaking out between a boy and girl in the crowd, something along the lines of him grabbing her and she wasn’t happy about it; Frank got into the crowd all the way to them to find out what happened and he apologised profusely to the girl “I’m so sorry that happened to you”. Such a lovely and sincere thing to do, and so reassuring to see. Big Respect to you Mr Carter.

Nothing but Thieves were nothing short of incredible, a spotless vocal performance.

Saturday brought more sunshine, cider and a wedding … yes an actual wedding happened on Saturday morning. But also best of all did I mention you can bring your own alcohol into the arena?!

And as the final day rolled on so did the incredible music and scenes that came with it. A highlight of the final day for me was the Front Bottoms, (yep their real name) and a band I had never seen before, they were fun to jump along with their guitar solos and jingly riffs.

Fast forward to when Lower Than Atlantis performed on the main stage; a band who I have seen many times before yet every time they seem to get even more fun to watch — despite the fact they encouraged crowd surfing. I now don’t know which parts of me hurt because of the sunburn or because of the strong kicks I got from people overhead. Who knows? Regardless they were a pleasure to watch and to be involved.

The Rock-Punk duo from Kent, Slaves concluded the 3-Day Festival with an all-round outstanding performance, the cocky cockneys had such a strong outwards presence and ability to make a surprising amount of noise, which riled up the crowd and got them bouncing and moshing along to their tracks both new and old.

Other things to mention are that the cider met up to expectations and for less than a £5 was less than the average price of drink at a festival too! The Silent Disco was such fun and the headphones could pick up signal all over the site, meaning you could wander from tent to tent and not be too crowded. It was fucking great.