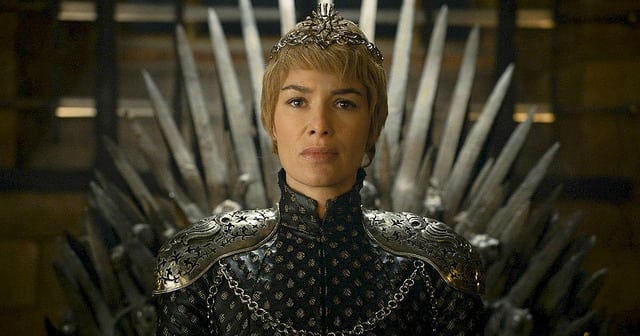 It is that time of year again when Game of Thrones hands us back our lives. And I hope you’ll agree this was the weakest season to date. The fact that it moved everyone on from talking about that ‘Love Island’ tripe was the best thing about it.

In fact, the biggest show on TV was eclipsed by a darker, more turbulent drama series this summer: American politics in 2017.  Viewers have recently experienced levels of shock that HBO spend millions conjuring up.

Since mid-July, when the new Thrones season began, the level of White House theatrics has been as incomprehensible as the absurd distances everybody is somehow capable of travelling in Thrones at the moment. God knows what type of Lannister-style urination games Donald Trump plays with his daughter there now – eat your heart out Lewinsky.

In fact, I’d argue the great Game of Thrones, with all its fantastic, take-it-too-far drama, has finally been surpassed by the madness of our own reality. Here are just a few ways the West Wing has outstripped Westeros:

A Song of Ice and Fired

There have been a few occasions this season when the writers of Thrones spared a significant character, despite earning their reputation and arguably their popularity for being ruthless with killing off the main guys.

Between the first and last episodes meanwhile, Trump dramatically reshuffled his team to a staggering degree. Chief of Staff Reince Priebus was sacked at the end of July, whilst alt-right talisman and villainous chief strategist Steve Bannon was booted three weeks later.

The highlight of course was the four day stint of Communications Director Anthony Scaramucci, whose rapid, heroic ascendance was robbed in a way that would make Prince Oberon envious. Sadly, Scaramucci’s introduction drove out fan-favourite Sean Spicer, whose hilarious blend of belligerence and ineptitude will be sorely missed.

In Thrones, a whole bunch of main characters avoided deaths that could have been brilliantly upsetting for audience members. The fact none of the seven major bloke characters died in ‘Beyond the Wall’ whilst battling the army of the dead was a tad ridiculous. How on earth Jaime Lannister survived confrontations with a dragon and the Mountain is beyond me.

Alas, it really felt like the writers were holding back on the protagonist mortality in a way they have not done previously. It used to be the case that no one was safe in the Game of Thrones script. Perhaps they need some advice from Mr Trump on the art of letting people go in outrageous fashion.

No, really, Winter is coming…

Some have speculated that Thrones offers a description of an unknown but devastating threat — the white walkers — reflecting the issue of climate change in our world. It seems Jon Snow, the less whiny Al Gore of the Game of Thrones world, is starting to turn the tide of opinion. This is great news.

Back on earth however, leaps backward are being made. Trump’s anti-environment policies have given portentous insight into the President’s neglect for a planet in need of dramatic, proactive attention. It’s a tragic coincidence that, on the same weekend the final episode aired, in which a captured wight is presented to Cersei Lannister to convince her of the threat they pose, a devastating natural disaster struck Texas and Louisiana.

Scientists are arguing that Hurricane Harvey has been exacerbated by global warming and see it as indicative of how climate change can worsen such events. Whilst Cersei seems willing to act on the terrifying reality she faces, Trump is unlikely to do anything over the next three years but deregulate business at the expense of the environment, roll back the EPA’s budget and follow through withdrawing from the Paris Agreement.

As Westeros prepares for the Great War, the last stand between living and dead, the real world looks on as the American President turns his back on our potential doom.

White Marchers and the Army of the Dead-wrong

The White Walkers only really appeared in the penultimate episode this season. A week before airing, America was dealing with its own troublesome whites, only these ones carried Confederate flags and lynching torches.

Like a Spike Lee film, racial tensions simmered in the summer heat, as white nationalists engaged with protesters resulting in one woman’s death. The ‘post-racial’ America that Barack Obama’s election supposedly gave birth to was conclusively chocked out by the current President’s refusal to condemn neo-Nazis.

Instead of raise an army of the dead, these walkers resurrected archaic, racist ideas that America was supposed to have outlived by now. Scary as the White Walkers are, the revived confidence of white supremacists in a nation led by a man who refers to them as “very fine people” is even more worrying.

As the Wall in Westeros finally succumbs, the Mexico border wall is prototyped, soon to cage in a country at war with itself over its demons of prejudice, brought back into discussion by the current Presidency.

“Fire, Fury … the likes of which this world has never seen before”

Dragons are cool, sure. But we in the 21st Century have something better. Nukes. And not just three, but many scattered across the world.

Danaerys’ used her dragons properly in this season, to lethal effect, and the moral navigating to get there was by no means brisk. With Trump however we have a man proud of his nuclear arsenal and the threat it poses, and a North Korean counterpart who seems crazy enough to want to pick an arms race with him.

The two have been egging each other on, teasing mass genocidal destruction like it was deciding who should knock-and-run. The rhetoric heats up, military activity rises and the problem shows no sign of going away.

At the end of the season as the White Walkers killed and claimed a full-grown dragon for themselves, ‘Thrones’ showed what could happen when the most destructive weapon in the land falls into the wrong hands. With Donald Trump and Kim Jong-un engaging in a game of big-boy battleships, it’s hard to deny humanity has somehow found itself in an even more fatally exciting predicament.

It was a shorter-than-usual seven weeks for the Game of Thrones audience but possibly the longest seven weeks ever for Donald Trump. As this Presidency produces mental moment after mental moment, everyone’s favourite TV show has struggled with a strained plot, overburdened with characters and stories, under-provided with source material from George RR Martin’s original narrative.

In the end, the summer was stolen by Trump, who distracted everyone with the stress he so easily piles on the world. Not even the bloodied magic of Game of Thrones could provide escape. The final season of what will go down as possibly the best TV show ever is due for 2019; hopefully by then it will return to its old standards, or there is no more Trump to compete with.

Or North Korea just go ahead and put us out of our misery.