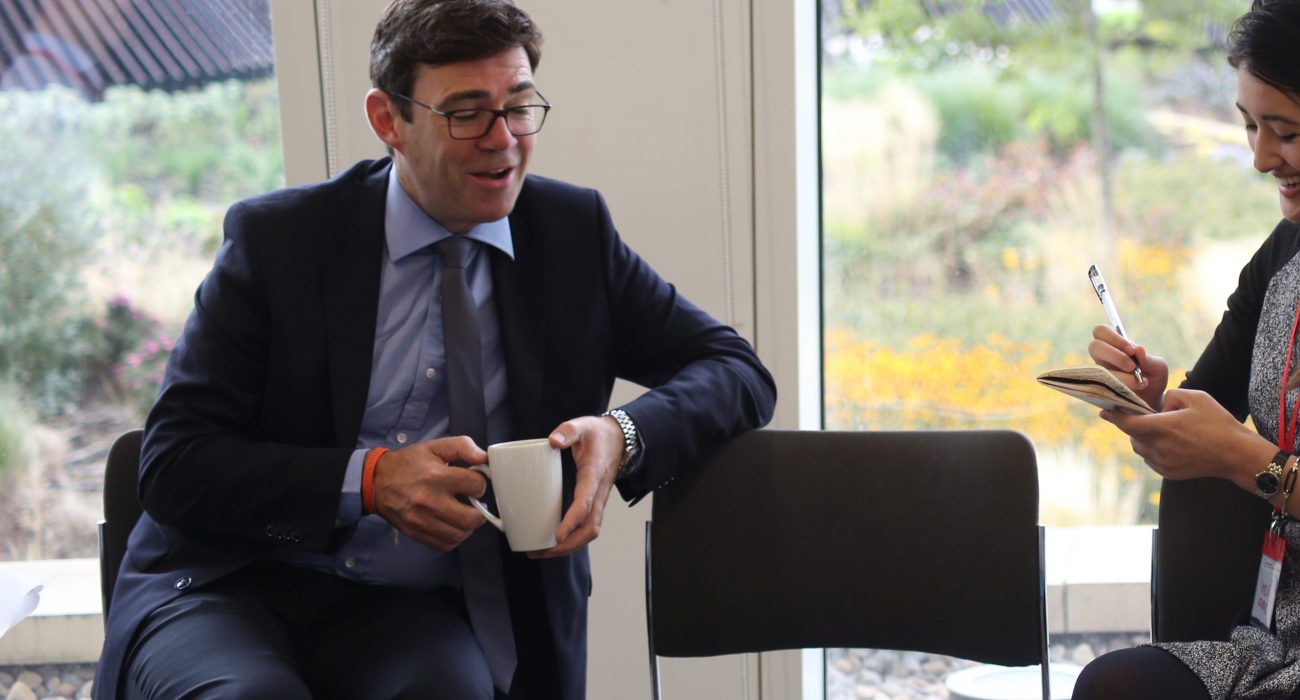 The scheme will “set basic standards for what is good practice in terms of being fair to tenants, in terms of rent prices, but also in terms of the safety of the accommodation, and also its energy efficiency.”

Speaking to The Mancunion, Burnham disclosed frustration with private landlords and the government for not taking care of student tenants.

“We’ve got a private renting sector in the UK that isn’t regulated in any meaningful way, so what we’ve got to try and do at the [Greater Manchester] level is to introduce a scheme that puts pressure on them.”

He continued: “I have real concerns that a lot of the student housing in the city is way below the standard it should be — from a simple living point of view, but also from an environmental point of view… that is, I think, quite a big issue that we need to confront that we probably haven’t done.”

Burnham hopes that accrediting quality landlords in the scheme will help students determine which landlords to avoid, and motivate sub-standard landlords to make significant changes to the housing they let to students.

Burnham called on the city’s universities to work together with him to make the ‘Good Landlords’ scheme a success. “One specific that I think the university could help with is challenging private landlords who provide accommodation to the university students.”

“If all four universities within Greater Manchester were to work with us on the Good Landlords scheme, I think it would deliver significant benefits to the students.”

Many students at the University of Manchester have alleged that they’ve been exploited by private landlords in the past.

A PhD student who occupied what he called a sub-standard house-share from a local estate agent in Manchester told The Mancunion: “My room last year got black mould and damp, and even my clothes in my wardrobe which were clean got mould on them even though they were clean. I had to throw them out. All through this, the agency kept implying it was my fault.”

Representatives of the company were allegedly “patronising” and then claimed that a surveyor came and reported that there was no damp. Eventually, the student “threatened to report them to the council for letting out accommodation not fit for human habitation,” after which “they paid for having a dryer installed downstairs as a compromise.”

Another student came forward to The Mancunion after renting a house-share from an independent landlord. “She was very shady concerning her identity: she never signed off her e-mail and never told us her real name.

“Our contracts were all wrong for many reasons: she was saying we were lodgers but she wasn’t living with us; plus on some contracts she said that the bills were included in the rent, on others she said they were not included. She also changed the price of the rooms during the year and forced some people to sign new contracts. Some people also never had a contract. She was literally treating everyone very differently.

“She promised us at the start of the year that she would show us the bills if we required it. We asked her several times, and I even confronted her, but she never showed them, obviously because she was charging us way too much.”

Burnham affirmed that he was familiar with such cases: “Yes. I’ve heard that call when I’ve been at the university, and I think people are right to say they deserve better.”

While the ‘Good Landlords’ scheme is still being discussed, Burnham stresses that the University of Manchester will be “a very, very important partner for us in making that happen.”