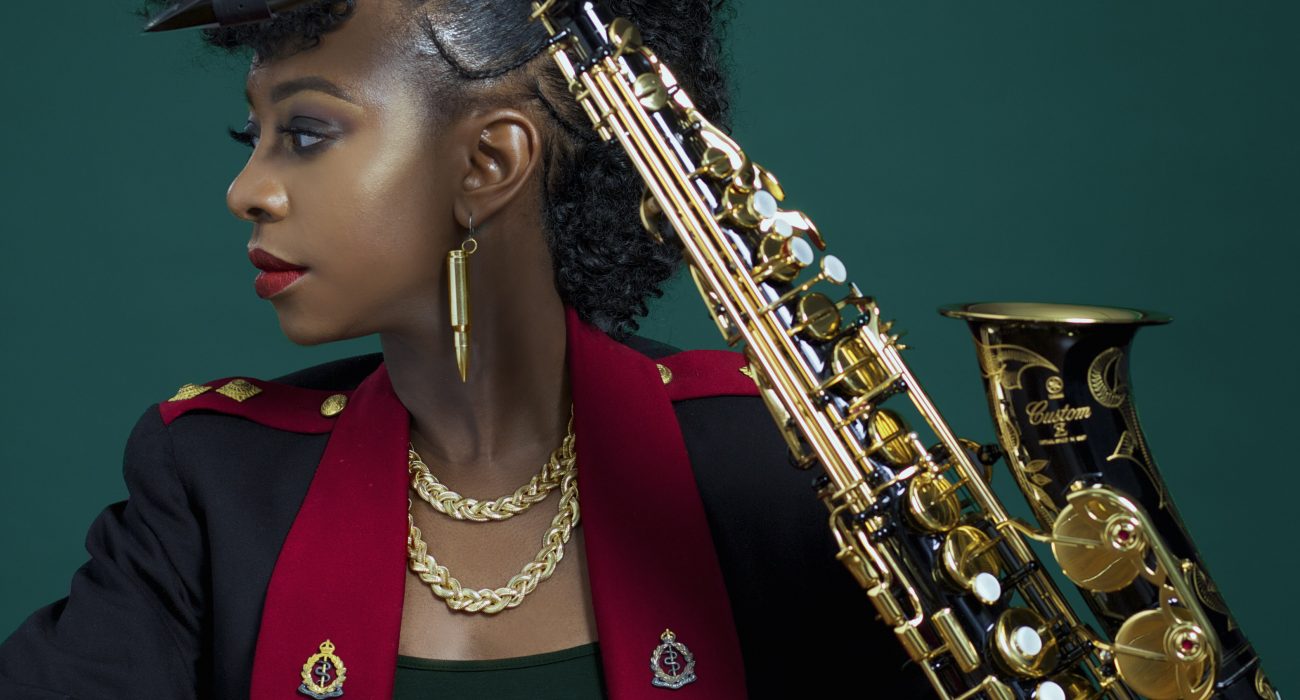 Passion is what keeps the world spinning. It’s what makes you get up in the morning and really want to partake in all this life stuff. After the release of ‘Love Politics War’ — her latest album this past June — YolanDa Brown, the UK’s leading saxophone soloist and two times MOBO award winner, took the time to chat with me about how she did what everyone dreams of: how she made her passion become her livelihood.

Much has changed for YolanDa since she picked up the sax at the age of thirteen. Self-taught and well versed in other instruments like the drums and piano, YolanDa’s love for music would stem from needing an emotional outlet, not for a grade or any kind of kudos.

“It was like writing in a diary,” YolanDa tells me. “As a teenager sometimes it’s pretty hard to process emotions! I could play what I wanted, improvise to how I felt.” Growing up in East London and later attending the University of Kent to study business, YolanDa was just like any other student, working hard and trying to enjoy her time. Making money out of her closeted talent wasn’t her first thought, but the music never took a back seat.

“I didn’t think about playing gigs, instead I just played for myself,” she tells me. “I tried to find clubs to join at my freshers fair but found the brass band was just too clinical. It was all about what grade you had. It wasn’t about the music really. I found myself shying away.” I’m sure students with a secret passion can relate. So many people I know are in bands, DJ on the side of studies or love singing in the shower. When you’re only 18 or so you might not have much money for music, which can be a pretty expensive hobby.

“Leaving university I started a fund, called the YolanDa Brown music award with the University of East London when they awarded me the Honorary Doctorate of Arts award. This was my way to give back to students as I know funding really helps. It’s important for young musicians to look for ways to get financial support as that’s what normally stops people from being able to play.”

Being able to find the time to sort out gigs can be pretty daunting, too. If you don’t find like-minded people at uni — which at first YolanDa didn’t — it’s a big deal to seek that out, to put yourself out there, and to discover what the world has to offer in music, but YolanDa urges you to try. For her, it wasn’t until she took an Erasmus year abroad in Spain that she truly felt like she belonged in a musical community. “That was the first time I found music to be played for the love of it, everyone was just there having a good time, that’s what I had craved all along. When I got back, between my undergrad and PhD I decided to join a band. For a while, it still wasn’t a career for me, but a passion. I started playing gigs in London, odd ones like a comedy night where I would be the only musician there, so it was a bit of an unorthodox introduction to the scene! But that’s how I grew my audience and they’ve been with me ever since.”

Being able to grow your audience is probably one of the most challenging but rewarding parts of being a musician. Knowing that other people appreciate what you do is what keeps the fire of your passions going, keeping you on track to keep creating. “We’re living in a totally different time where you can build your own audience. What with social media, you don’t have to study music to have a career in it. If you love playing music you will find those people who love it too and who really want you to succeed.”
“I had a sort of double life with my PhD at university and touring, spending my time growing my craft, audience and music. My first concert was in 2007 which had a capacity of 600 and we sold out. I remember standing in the room at the end thinking, ‘this is it, I get it now.’ This will be my 10th year as a solo saxophonist and I haven’t looked back.”

It seems YolanDa really has taken the world by storm. Now a two-times ‘Best Jazz’ MOBO award winner, she talked to me about how it feels to be recognised for your talents and where that’s taken her.

“It was amazing. An award is something great to hang onto, something you can see as a way to say ‘keep going’. The best part about it all was the fact that the MOBO was publically voted rather than decided by a panel of professionals. That gives you that encouragement that people actually want to hear what you have to say!”

With two wins in her pocket, YolanDa hasn’t changed who she is or why she plays. She still sells out shows and makes new music by being who she is and doing what makes her happy — the music. Her new album ‘Love Politics War’ came out this past June and you can really hear the love that went into it. Wonderfully soulful with an exciting combination of reggae beats and a jazz style, the music is a beautiful overflow of different cultural influences. YolanDa tells me this all came from her own upbringing, with Jamaican heritage and her parents’ varied music tastes, the album totally encapsulates her love of experimentation and a wonderfully warm nostalgia that will get you dancing.

“Different music styles were what I naturally listened to growing up, my dad had collections of all different types of music. He would play a lot of reggae, Cuban music and Latin jazz, as well as things like gospel. I would always go to the ballet and musical theatre as well. It means I play what I feel, anything I like. Which is why maybe my first album was too much of a mish-mash of that!” She laughs. “But my new album has the variety which works well at live gigs, there’s definitely something for everyone!”

With the new upcoming tour this autumn and a gig at Band on the Wall in Manchester on the 29th of October, YolanDa told us about previous times playing in the powerhouse of music that is our city.

“I played in Manchester on my tour with Billy Ocean, and a year ago I performed with special guests, so this year is my first time just me and my quartet. Mancunians are definitely vibrant! I played at Bridgewater Hall where you would expect a certain type of person but there was so much variety. Everyone was dancing, which I highly encourage! Definitely, Mancunians all get into the vibe of the night!”

I’m sure the night at Band on the Wall will be as much fun as her beautiful new album ‘Love Politics War’ which you can find on both Spotify and Apple Music. I can’t wait to see the crowds getting funky and having a groove along with YolanDa herself!

If you’d like to also ‘get into the vibe of the night’ see YolanDa’s website http://www.yolandabrown.co.uk for news and updates about new music and the upcoming tour.