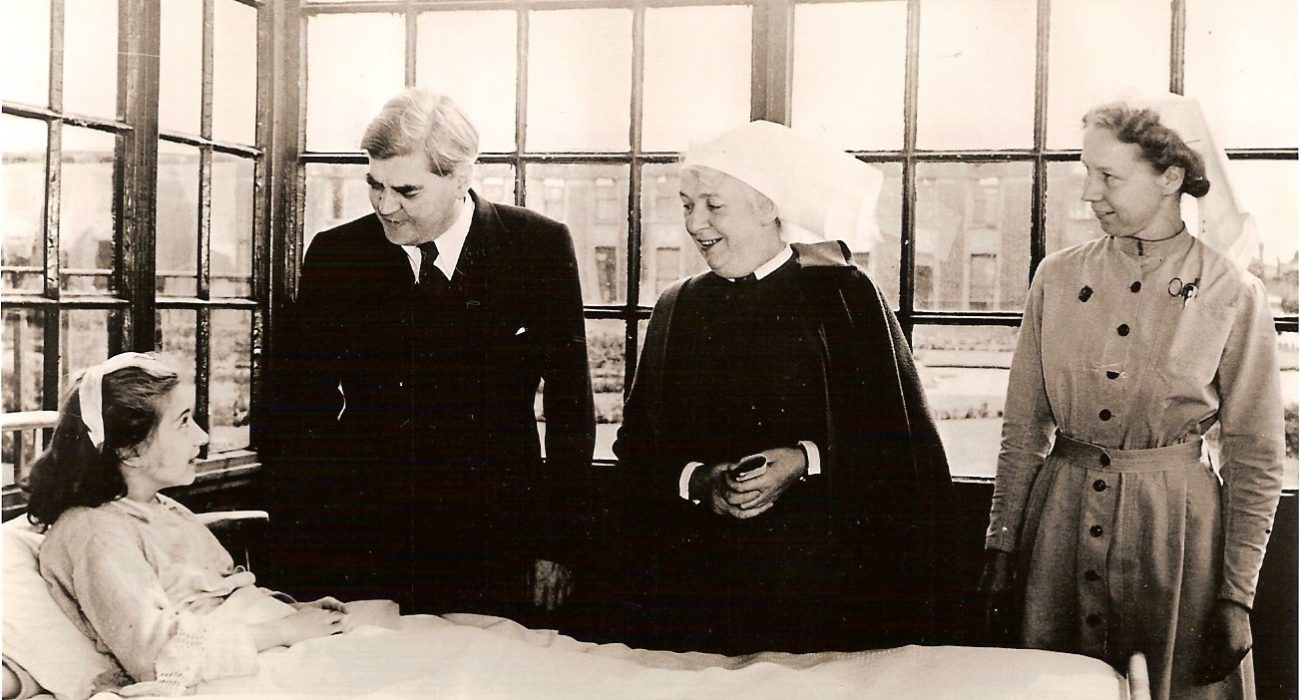 Marking the institution’s 70th anniversary in 2018, The University of Manchester will create the first shared social history of the National Health Service (NHS), thanks to £785,000 of National Lottery Funding.

The Centre for the History of Science, Technology & Medicine (CHSTM), part of the university’s Faculty of Biology, Medicine and Health, has received initial support from the Heritage Lottery Fund (HLF) for the ‘From Cradle to Grave: The NHS at 70’ project.

The grant will allow the multi-partner project to train volunteers to gather stories from the NHS’s patients and workers, as well as politicians and the general public, recording its unique place in everyday, post-war British life.

Commenting on the award, Project Director, Stephanie Snow said: “We are thrilled to have received National Lottery funding. The project has huge potential to transform engagement with the NHS’s history across the UK and beyond through digital tools, and through the contributions of volunteers and communities.”

A major component of the project will be the creation of an innovative new website which will allow the public to submit their stories of the NHS by uploading recordings, photos, and documents. The website will act as a hub for existing and previous histories of the NHS.

The project will also create a touring exhibition, a programme of events, and 40-minute feature film.

“We urgently need to capture the memories of the first generations who worked and were cared for by this unique institution, as they are now in their 80s and 90s”, Stephanie Snow said.

160 people will be trained to gather stories and artefacts from the NHS’s 70-year history, while 70 young people aged 14-25 will act as Community Reporters, filming stories in their local area.

These testimonies, from everyday users and workers in the health service to key policymakers, MPs, and trade union officials, will contribute to a multimedia, publicly accessible record of the NHS, filling existing gaps in its history, and recording the personal stories that make the service so unique.

“The funding is a mark of the high regard with which Manchester is viewed in healthcare”, suggested Niall Dickson, Chief Executive of the NHS Confederation, which represents health organisations in England, Wales and Northern Ireland.

Frances O’Grady, General Secretary of the British Trades Union Congress said: “The NHS is the people’s health service. It is a bond between all of us — patients, staff and communities. Everyone has a story about how the NHS changed their lives. Those stories need to be told, need to be captured and celebrated. We’re delighted to be involved with this project and can think of no better way of celebrating the 70th anniversary of the NHS than bearing testimony to the millions of people that have contributed to this wonderful national institution.”