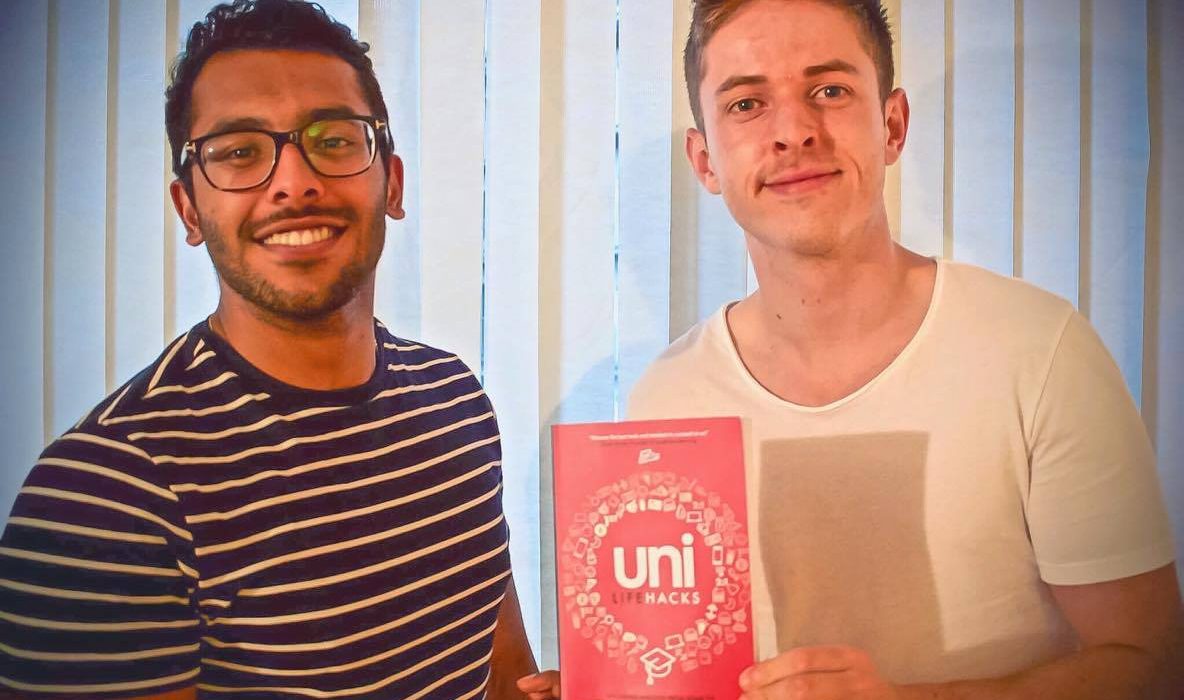 As a quickly ageing dusty third year, I’ve come to realise a few home-truths about university life. Yes — you probably should do the readings. No — you don’t probably need to buy those textbooks. No — you shouldn’t put off paying the rent because two grand looks nicer sat in your bank account than £4.50. Technically, YES — you can survive a week on just pasta and a bag of frozen peas before student loan drops, but that probably isn’t the ideal situation to find yourself in.

A lot of university life is learning to live with around sixty percent health at all times and sitting in two-hour lectures realising you could instead be at home listening to the podcast in bed and doing other productive things at the same time, such as sleeping.

We can all agree university is a learning curve, but wouldn’t it have been nice to be able to come a bit more prepared as a wide-eyed fresher? To learn how to save money and keep healthy, to have a few “lifehacks” under your belt to better help you survive all this?

This is what the book — newly released this August — ‘Uni Lifehacks’ written by George MacGill and David Jacob aims to do. I chatted to David all the way from Atlanta amidst his year abroad because yes, David is a third-year University of Manchester student.

David is comfortable and easy to talk to. His book is clearly one of his proudest achievements and must’ve been somewhat of an obsession in the last few months in the run-up to its release.

He tells me about his chance meeting with co-author George MacGill in the Students’ Union; how they got to chatting, kept in touch, the friendly exchanges transforming into business-like meetings when George asked David to look over a book he’d been writing.

This book turned out to be an early draft of ‘Uni Lifehacks’. “I said I’d have a look over but I ended up giving him a 12-page edit. I really wanted to get involved, I wanted to be a consultant, doing the marketing, the writing and editing side of things. I went from a consultant to an editor to a co-author to starting a publishing company with George.”

Within a few months, David was hooked. The project began to consume all of his time, spending around seven to eight hours a day on the book  — you’d almost forget he was also a second-year Business Management student getting a degree. “I get myself into rabbit-holes” David explains, “when I’ve invested myself into work I can’t stop, I don’t do things alongside it, I have to go and just do it. I probably ended up pulling accumulatively around 20-25 all-nighters on the book from its start to its finish.”

So what does the book include? “It’s all about how to make university easy, beating procrastination, revision hacks, how not to gain weight, we have a whole section of cheap and healthy recipes by Mob Kitchen after I got in touch with them through their following me on Instagram. I had a similar thing with the creator of Save the Student, after getting in contact with him he ended up taking the lead on the money saving part of the book.”

If you’re a bit awful with money, the book has a lot of tips for the struggling student. There’s a chapter called ‘five apps and browser plugins that will revolutionise university finances’ and a lifehack which teaches you about ‘the maths of leaving your debit card at home”.

It’ll have you cringing in recognition with some pretty bloody enormous spending figures that you’ll have accumulated over the three years at university if you on average spend around a tenner more a week than you would if you hadn’t taken out your card (hint: over £3000).

A lot of expert voices have gone into ‘Uni Lifehacks’. David and George sort after students and experts who have excelled in their fields to get the best advice for their audience.

“There are interviews and insights from all kinds of people, those who have businesses; Luke Heart who started the first cancer research UK society, Morgan Lake whose a world junior champion in the heptathlon, Lucy Moon who is a vlogger. We’re trying to be as engaging as possible, we know that less and less, people pick up books to read for fun, reading has become a bit of a chore. We’ve written it so it’s broken up into bitesize chunks and made it knowledge and experience driven.”

It turns out the way Uni Lifehacks was written was thought to be perfectly translatable to video. The book was picked up by ‘Student Problems’, a Facebook community that has gathered over six million likes. The page has recently begun to make videos that depict George and David’s Uni Lifehacks, making the book’s audience reach more than the pair would have first thought.

“At first I was hugely sceptical,” David admits. “I just wondered why it was they wanted to use our stuff! But they’re leaning more and more towards non-traditional content, and really it was the perfect match — we needed marketing and they needed content for their new developmental channel. George writes and helps plan the video ideas with them. It’s really his domain.”

With the release of the book in August and Student Problems jumping on the bandwagon, the future looks bright for these two young entrepreneurs, but David doesn’t plan to stop at the book.

“I started my own professional CV writing company online called “wewriteyourcv.com” this past June. I surprised myself!” He jokes, “I’m really not a creative person but with the release of the book that part of me has kind of taken over. I did all the designing for the website myself and if I didn’t know what to do I just learned, I had to see it as ‘this needs doing, so, come on, do it!’ Now I’m a member of the national association of resume writers — I didn’t even know that existed till I joined!”

So David’s got a CV company, a publishing company with George called JMO Publishing and just released his first book, feeling incompetent enough yet? Well, Dave’s even talking about the possibility of a ‘Uni Lifehacks 2’, depending on how well the first one takes off.

“I know how useful the book is and there is definitely potential for a second just because there is so much to write about. We just need the audience. We’re looking to target parents in regards to who will buy the books, and George has been writing articles for national newspapers such as The Telegraph to break into that audience.”

Though the pair seem keen business men, some of the book’s profits are going back into helping students.

“10% of the profits from the book go to Student Mind. We figured that mental wellbeing is pertinent in today’s climate, we know how important mental health is and it’s included in the book, things like the importance of meditation and the science behind it, gratitude and gratitude training which leads to improved moods, how to get a good nights sleep, lots of stuff like that.”

With over 100 uni life hacks and insights from over 50 of the UK’s most successful students, ‘Uni Lifehacks’ is an admirable first venture for the UoM third year and his co-author.

Though David is now enjoying his time on his year abroad in Atlanta, it’s clear his thoughts are still deeply with the book’s release and its reception in the UK and is excited about the future prospects the book and his clearly studious drive will bring him.

You can buy ‘Uni Lifehacks’ on Amazon and find the Facebook page for the book here to keep up to date with the Student Problems videos and George and David’s next ventures.