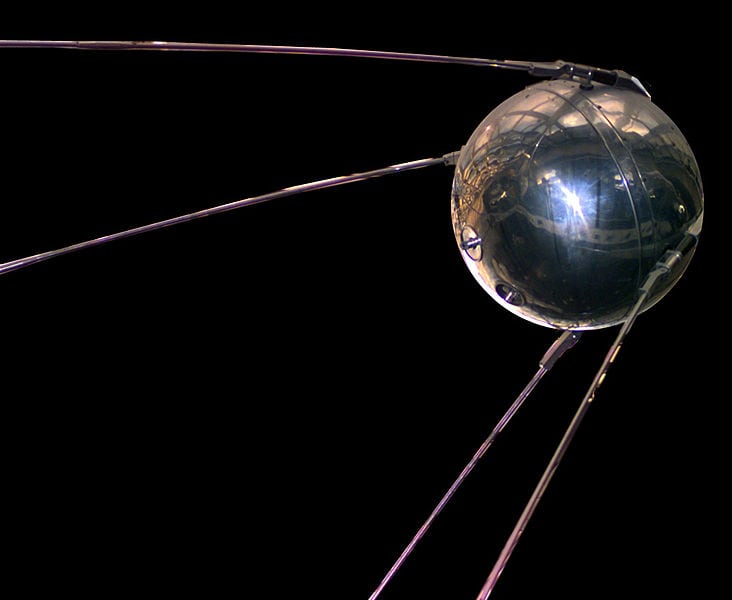 Manchester and 60 years of the space age

The year 1957 was significant for a number of reasons — Dwight D. Eisenhower was sworn in for his second term as U.S. President, Ghana became the first country in colonial Africa to gain independence, the Suez Canal reopened in Egypt following the crisis of the previous year, and the modern world was about to enter a new age that few people had expected — the space age.

Wednesday the 4th of October marked the 60th anniversary of one of the most significant advances in science and technology. A small, 84 kg metal sphere — complete with four radio antennae powered by little more than a car battery — became the first man-made object to enter orbit around the Earth and thus became our planet’s first artificial satellite.

Sputnik 1, as the satellite was called, was launched by the Soviet Union during the height of the Cold War. Although launched in secret behind the iron curtain, the satellite was quickly detected by western nations. More significantly, the Lovell Telescope at the Jodrell Bank observatory in Cheshire — owned by the University of Manchester — became the first radio telescope in the west to detect Sputnik’s booster rocket and the radio pulses transmitted back to Earth.

Incidentally, this year also marks the 60th anniversary of the university’s Lovell Telescope, at the time the largest radio telescope in the world. What better claim to fame for our university than to be the first to detect the world’s first artificial satellite?

But given the paranoia of the Cold War, U.S. intelligence agencies scrambled to decipher these mysterious radio signals. As it turned out, it was nothing more than meaningless transmissions, used only as a test to see if such satellite radio technology would work.

Few technological advancements have had such an impact on the future of science. The launch of Sputnik triggered the space race, and over the course of the following years saw further achievements in space science: the first animal in space, Laika the dog, aboard Sputnik 2; the first human in space, Yuri Gagarin in 1961; and the first spacewalk by Alexey Leonov in 1965.

All of these milestones were achieved by the Soviet Union, and it wasn’t until 1969 when the U.S. gained the upper hand in the space race by putting the first human beings on our natural satellite, the Moon.

And of course, without the launch of Sputnik, we wouldn’t have commercial satellites orbiting the Earth, and so for one thing, Google Maps and other apps which use location technology simply wouldn’t exist.

As we see renewed interest in space science with the Curiosity Rover on Mars, the Voyager spacecraft becoming the first man-made object to leave our solar system, the spectacular 20-year Cassini mission, and ever-growing serious proposals to send the first humans and colonisers to Mars, let us not forget Sputnik 1, without which none of these spectacular space missions would have been possible.

In just 60 years since Sputnik’s launch, we have learned more about the solar system and deep space than we could ever have dreamed of. And yet there is still so much more to discover! Who knows what advances we will have achieved in another 60 years.

Perhaps the Mancunion will write a similar piece in 2077 — from a Martian campus?