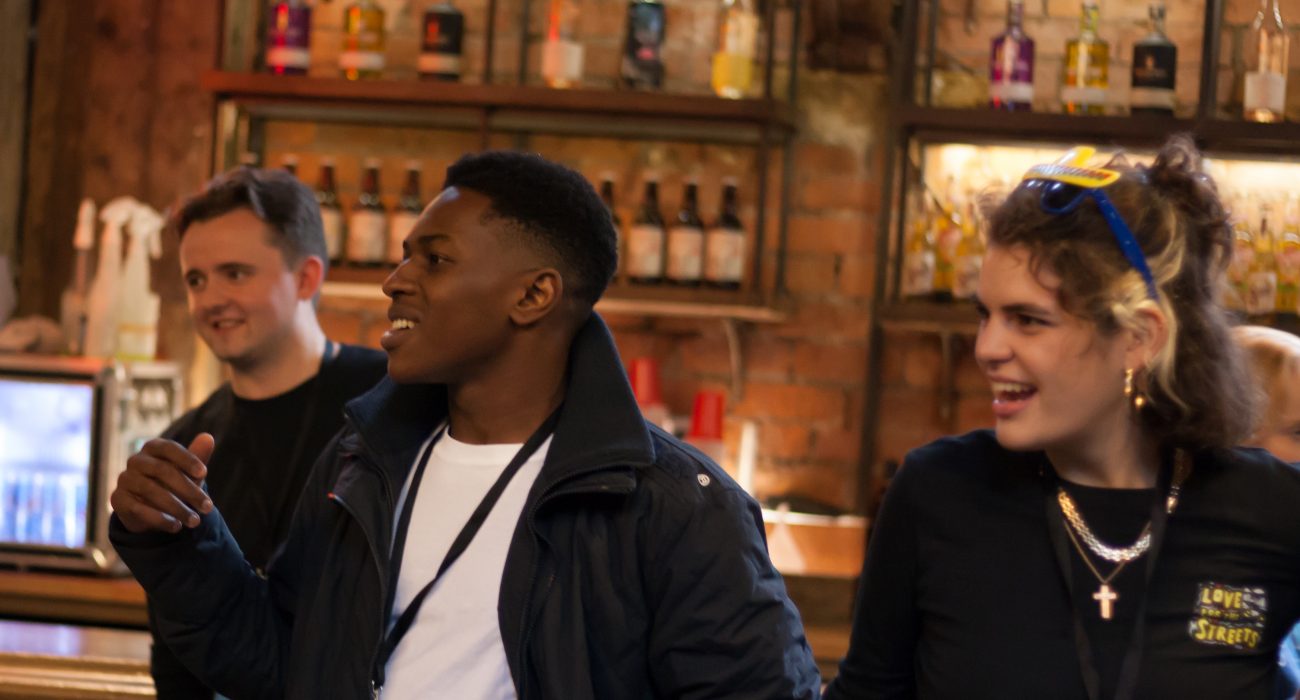 Homelessness in Manchester is not a new phenomenon. Increasing numbers of people are finding themselves on the streets and with fewer options available to people in this position, I sat down with the man who is making this issue his own.

Jonah Ogbuneke is passionate about his cause. A third-year chemical engineering student, he has made tackling homelessness is his primary concern. He tells me about Love For The Streets. A year long project with the goal of reducing homelessness, raising awareness and crowdsourcing funds for the various homeless charities across Manchester. He says “it’s a campaign that we’re running throughout the entire year. Our first event was the 30th of September and we’re finishing off on the 5th of May with a culture and music festival at Platt Fields park. Between now and then we’ve got a christmas party planned and during homelessness week (the 19th to the 25th of march) we’re holding a conference to raise awareness”.

His interest in the issue is relatively new and he speaks of the lack of promotion he feels surrounds the cause. He says “what we are is an events and marketing platform for various homeless charities across manchester. We want to engage with younger audiences to try and get their voices across. This is because I’d noticed homelessness in manchester before, it’s very difficult not to, but the only charity I knew of that was doing anything about it was Shelter”. He explains how fast the tide is turning though. “The more i got involved with it, the more i realised there are a huge number of charities working tirelessly to try and tackle the issue. From Andy Burnham, who has made it one of his main targets, to all the different charities such as Barnabus, Mustard Tree, The Booth Centre, many that i don’t even know about”.

While optimistic about the future of the campaign he notes the issues that he, along with many other platforms, are facing. “Unless these groups get the backing and support that they need from the general public it’s unlikely that they’ll really be able to achieve their full potential”. This issue, he says, is multifaceted. “Of course it is a financial issue. Charities, especially grassroots charities, run on a shoestring budget and they’re struggling to survive right now. It’s only really the larger charities that are increasing and thats because they have the budget for marketing teams and fundraising teams whereas with grassroots charities, all the money they have goes directly into the work. There’s very little room for anything else. But numbers are an issue too. In terms of manpower they’re stretched very thin”.

Upbeat and confident, he’s full of ideas on what can be done to tackle the problem. “As students, all our power is in volunteering. If everyone could volunteer even 2 hours a semester it would help a lot. Last year, University of Manchester students as a whole did 20,000 hours and that’s with 40,000 undergrads. That’s around 30 minutes per undergrad. Less than an episode of game of thrones. 2 hours a semester is 4 hours a year so thats 160,000 hours for everyone. It’s 8 times as much as we’re doing now and that alone would make such a difference”. He notes, however, what a big ask this can seem. He says “there’s only so much time someone can commit and it’s unpaid so I would never expect anyone to work as hard as I am on it”.

The project has gone from strength to strength and it’s clear he enjoys everything he can do with it. Describing it as a “full time” pursuit, Ogbuneke is clear on his outlook for the future. He says “I work on it constantly i’ve even been working on it this morning. Its hands down my priority and it’s a dry run for the social enterprise i want to do after university. I want to work in the third sector”. He is staunchly determined that the project remains student-led, even after his eventual departure.

He is most excited for the end of year festival he has planned. He tells me “by the end of this year we’ll have the festival itself and the money raised from tickets will go towards making it sustainable. At the moment, we’re relying a lot on crowdfunding and we want it to become a yearly thing”. His plans for the festival are grand. They include food stalls, multiple stages and an art exhibition called “Manchester Through My Eyes” to which he hopes budding creatives will submit art for display. Videos, photography, music and paintings are all welcome. He stresses the importance of student involvement and is particularly thankful to the volunteers the platform has already received.

The campaign aims to have a website launched by the end of the month. For now, readers looking to get involved with the project can email [email protected] for more information or search Love For The Streets on Facebook.

Tags: A Student Life, homelessness, Love For The Streets, Manchester Through My Eyes