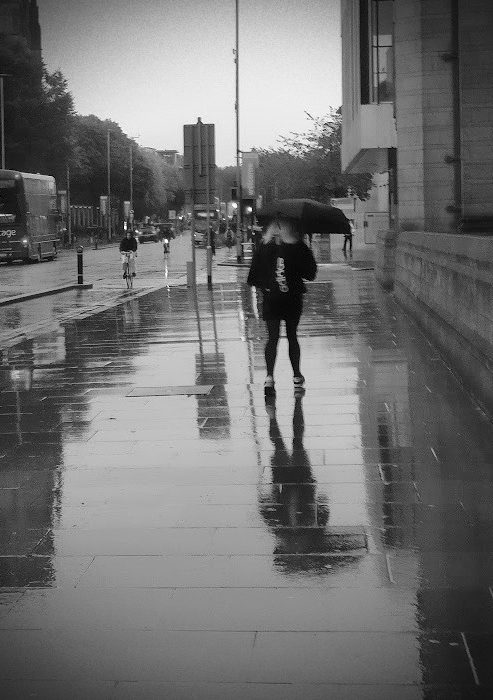 Some students find counselling service to be inadequate

With universities being called to do more for student’s mental health, The Mancunion ran a survey investigating the University of Manchester’s counselling service. The survey reached 45 people, with 37 saying they used the service.

When asked if they found the counselling service useful, one student said:  “No. One woman called me ‘a perfect case study’ which was entirely dehumanising. I never went back.” The comments throughout the report show some students have felt “judged”, “pressured”, and “intimidated” by their counsellors.

Some felt forced to retell traumatic incidents and details of abuse, even when they expressed that they weren’t comfortable with sharing such information. Many of these students have gone on to receive private therapy or care elsewhere.

Another student gave a detailed list of her counsellor’s unprofessionalism.

“She told me that when she counselled me it felt like she had the Sword of Damocles dangling over her head, ready to crash down at any moment if she did the wrong thing, she told me in sessions that it felt like I was slapping her down and it was hurtful to her to sit there and listen to it, usually in response to my habit of using dark humour to avoid topics I was uncomfortable with talking about directly.”

“Overall, [the counselling service] was more harmful than helpful.”

University counselling services have been under strain due to the dramatic increase in demand. According to a report by the Higher Education Policy Institute (HEPI), “Freedom of Information (FOI) requests by The Times published in 2016 show a rise of 68 per cent in counselling service users at Russell Group universities since 2011.”

However “none of the major mental health strategy/policy aims published by government organisations — ranging from the 2000 NHS plan to the 2016 Five Year Forward View for Mental Health — give any special focus to students in higher education, despite it being such a vulnerable period.”

Many have criticised university action nationwide, and claim university Presidents and Vice-chancellors may even earn more than put into university mental health support.

The services at Manchester were criticised earlier this year, following the suicide of Philip Langdon, 22. Philip, who had a history of mental health issues, had sought help from the university before taking his own life. Both friends and family reported to The Manchester Evening News, saying the “services available were very confusing.”

The university offers a range of support, encouraging students to begin with other resources before seeking counselling. Information on workshops, groups, online, self-help materials and suggested reading are all available on the university counselling website.

However, Ms Orpe-Hudson, who shared a flat on the university campus with Philip, reported to the Manchester Evening News, saying “It sounds complicated to me and I have been there for a year.

“If someone is having problems they should not have to reach out to all these different services. Only after this happened were they highlighted to me, and I still had to go and find them myself.”

One student who reported back to our survey said they didn’t find the workshops useful. She said, “It might have been useful to someone who wasn’t really familiar with [cognitive behavioural therapy] CBT as a concept, but because I know a little bit about it I found the introductory workshop pretty pointless.”

Some students also reported cultural incompetence within the counselling service. These ranged from comments on “headscarves,” to counsellors being unable to help students with ‘“issues based around racism.”

Saqib Mahmood, Wellbeing Officer for the Student’s Union, said as well as “looking at increasing the availability of Counselling Service appointments,” he wanted to ensure these services were “accessible to people from minority groups such as BME, LGBTQ+, and Faith groups”

As stated on the Rethink Mental Illness website, students and young people rely on counselling to simply talk to someone “away from family and friends and who is trained in listening and supporting young people.”

“Many young people have said that feeling listened to and taken seriously by a counsellor helped them to feel more positive and in control of their lives.”

With mounting pressures on new university students, young people are more vulnerable than ever. However, the results from our brief survey imply the needs of many students at the University of Manchester are not being met.

When presented with the report the university replied stating, “university counselling services are available to any student and are run by trained staff working to the highest professional standards.  We would encourage any student who has a complaint about the University Counselling Service to contact us directly and we will listen and act on any issues as appropriate.”

Saqib Mahmood also responded to the survey results. He said, “according to the survey, the counselling services are failing in reaching out to students in their services.”

“These services should be provided to any student in the University of Manchester who feels like they need support, and they should be able to supply that support to a high standard. Obviously, something needs to be done to improve the experience that students receive through the Counselling Service, and this is something that the Student’s Union will make a priority this coming year.”