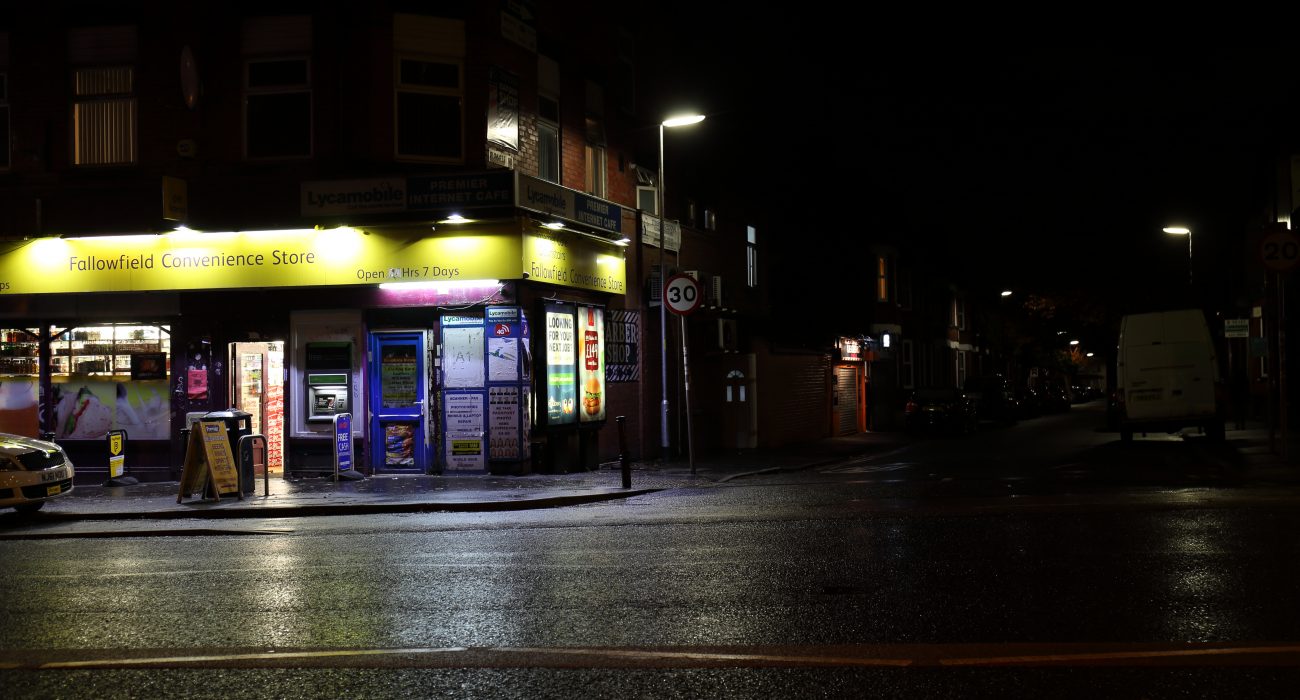 Students are relying on Facebook groups for information on muggings, burglaries and attacks that are happening across campus, an investigation by The Mancunion has suggested.

The revelation comes after more than 7,500 students signed a petition titled “Greater Manchester Police & Andy Burnham: help us to make Fallowfield safe for students” in response to a recent spree of criminal activity targeting students across South Manchester. One student aptly tells The Mancunion: “I am terrified of being attacked — whether mugged or sexually assaulted — whenever I walk around Fallowfield.”

The number of incidents is believed to have risen since students arrived back in Manchester from September, and official figures may underestimate the extent of crime taking place with one student telling The Mancunion: “I didn’t report it to the police because what’s the point?” following a burglary.

Speaking to The Mancunion, University of Manchester student Matthew Harvison, creator of the widely signed petition, said: “I thought it was important to finally raise some sort of awareness of the daily issues facing students living in and around the Fallowfield area.

“Burglaries, muggings, sexual assault and other violent crime are all real issues happening regularly within Fallowfield, however since the start of the latest academic year, there has been an influx of house burglaries. Some action needs to be taken.”

Alluding to where they find the latest news about these incidents, one student told The Mancunion that “if we miss a Facebook post, we’ve missed a vital bit of news”, adding that they “find it baffling that we have to rely on updates on the Fallow buy/sell page to find out when and where burglaries and stabbings are taking place.”

This was echoed by a fellow student who said that “on a daily basis, we see reports on Facebook of muggings, burglaries and sexual assaults,” with another student commenting on the “constant flow of horror stories on Fallowfield [Facebook] Students Group.”

Despite campaigns such as ‘Reclaim The Night’, another revelation from the investigation was that female students feel, in particular, feel vulnerable at present in South Manchester.

“As a female, I feel particularly vulnerable at night in Fallowfield,” said one student said, while another described a “terrifying” experience in which she was approached by a man that told her that “a girl like you shouldn’t be walking around on her own.”

Students’ Union Communities Officer, Jack Houghton, said the Student Officer team take “the safety of our students very seriously” but accepted that “a lot of the time students don’t know about the schemes” provided by the Students’ Union.

Despite having a “fantastic communications team”, Jack said that the Students’ Union needed to be “further modernised” and “brought more into the 21st Century”, suggesting that an “online advertisement campaign” could help raise awareness of available student support services.

Jack told The Mancunion that the Student Officer team are working with “strategic analysts” who will “offer advice on how to make the most effective content”, including “utilising video content.”

Jack was clear that despite the apparent recent spike in criminal activity, the Student Officer team “don’t want to rush into a decision” on long-term initiatives for improving student safety, adding that scheme has to be “very thought out” so they “don’t cause issues down the line.”

Despite this, in the short-term, the Students’ Union is “working on a number of initiatives to help students feel more secure” Jack said, including “increasing the number of street lights in Fallowfield, Withington, Rusholme and other areas” adding that “all new lights will all be LED so are brighter and therefore offer more protection from dark streets.”

Jack is also working to establish “a ‘Night Owl’ scheme consisting of student volunteers that will be trained in first aid, safeguarding, well-being training and self-defence to safeguard vulnerable people”.

He hopes this will “demonstrate that we do not need G4S” in and around South Manchester, which he said was “not needed” but indicated that the “University is difficult to budge” on that particular matter.

Matt Harvison told The Mancunion he wasn’t well acquainted with the G4S, “in fact I didn’t even know this was a thing until people posted it on the Facebook discussion.”

“I can only think these guards are patrolling the university-owned halls and accommodation, not on the dark roads that many of Fallowfield’s students live down.”

In The Mancunion’s investigation, students were also particularly critical of the current security and police presence in and around South Manchester.

“It is ridiculous that the university and police care so much about shutting down house parties yet won’t put police on the streets”, said one student, echoed by another student who called for security and police in the area to “stop targeting house parties and start focusing on making people feel safe.”

Akin to the security services provided by G4S, Jack conceded that “some level of mediation” was needed between students and community residents but believes his proposed ‘Night Owl’ scheme will help improve relationships within the community whilst simultaneously also “caring for students.”

In response to the petition, Greater Manchester Police said: “Our officers on Division work closely with our partners at the university, Manchester Student Homes and the city council to ensure students are able to enjoy the city without fear.

“As part of our student safe operation we have increased our patrols in and around the campus area and this will be in place throughout term time and beyond.”

They have also advised students to follow “some simple steps such as being discrete when using mobile phones in public, locking windows and doors at the front and back of properties as well as keeping valuables out of sight in and out of the home”.

The University said: “The University’s first concern is with the safety of students. We work closely alongside to the Students’ Union to raise concerns with the police and Manchester City Council at regular meetings and the police have invested additional resource through Operation Student Safe. This year, as part of the Manchester Student Homes partnership, which is a jointly funded department of The University of Manchester and Manchester Metropolitan University, we have already visited more than 350 student properties in Fallowfield to provide advice on safety and security.”

“We have reached hundreds of more students with information on campus and in accommodation during Welcome Week, where we also handed out equipment including light timers and personal alarms. We issue ongoing targeted communications to accredited landlords regarding safety and security.

“Students should report all crimes to the police and any student who needs support should contact the Students’ Union or the University’s support services.”

You can read more about Students’ Union advice for students below: