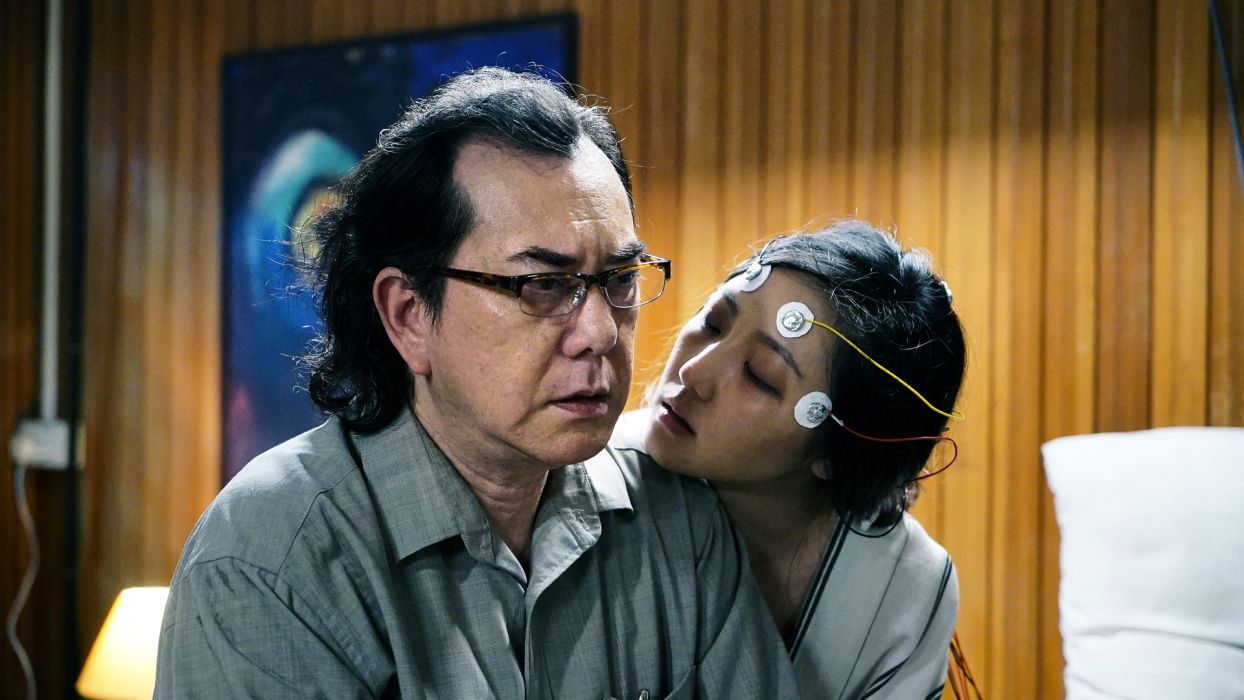 The Sleep Curse (2017) sees director, Herman Yau, and Anthony Wong reunite in collaboration after they found success in the early 1990s with cult horror films The Untold Story (1993) and Ebola Syndrome (1996). Their partnership was when it began, a happy one, one that promised well-crafted, interesting stories as well as scares and about as much gore as any horror fan could wish for.

However, one can’t help but question if this partnership which used to provoke audiences, has gone the way of other creative relationships like Johny Depp and Tim Burton; has familiarity and ease lead to a loss of objectivity about what makes a film truly entertaining?

The premise of The Sleep Curse, is an interesting one. Wong plays neurologist Lam Sing who is drawn into his families past when an old love interest, Monique (Jojo Goh) comes to him for help concerning her brother’s extreme insomnia that has turned him into something of a deranged psychopath. We later finds out that the curse threatens to effect everyone within the families. The beginning of the film starts off strongly, (indeed, this is probably one of Yau’s most masterfully produced films) with grainy found footage from the 1990s featuring Monique’s brother as he succumbs to the curse. It’s eery and powerful, the kind of scary that leaves you walking out of the cinema feeling like someone is following you.

However, from there the film descends into chaos. Part of what makes good horror, is the suspense, the growing anxiety you feel as you watch. It’s the unknown that leaves the lasting sense of fear lingering with long after a films ended. With The Sleep Curse, Yau forgoes this subtle build of fear by revealing the entirety of the plot within the first hour, in favour of shock body horror and copious amounts gore.

The middle section of the film drags as we are transported from the present day and taken back in time to World War Two in a series of flashbacks. The past actions of the characters’ fathers are to blame for the curse, and whilst Wong who also plays Lam Sr. does alright, he doesn’t plumb the depths of his horror skills with either role. What made his performances in The Untold Story and Ebola Syndrome so terrifying and consequentially brilliant, was his ability to make you truly believe he was on the edge of madness at all times. In The Sleep Curse, I’m just not sure I believe it.

In the attempt to make The Sleep Curse frightening it’s almost as though screenwriters, Erica Li and Lee Sing have flung as many elements of the horror genre as they could think of at a wall and hoped that a few stuck. The result is a film full of jump scares and gratuitous violence and gore — including full body mutilation, and graphic torture and rape scenes. Yes, there are moments that will make you jump with fright, but they do not linger.

The ending does manage to make sense of the chaos and more. It is grotesque in it’s violence, to the point of being a little ludicrous, but it works. The underlying fear is there as well as the body horror that makes the Saw franchise look like Child’s Play.

If you’re a fan of slashers and don’t mind too much about plot, then The Sleep Curse is something you’ll want to watch, however if you’re after something with a little suspense and eeriness then maybe give this one a miss.