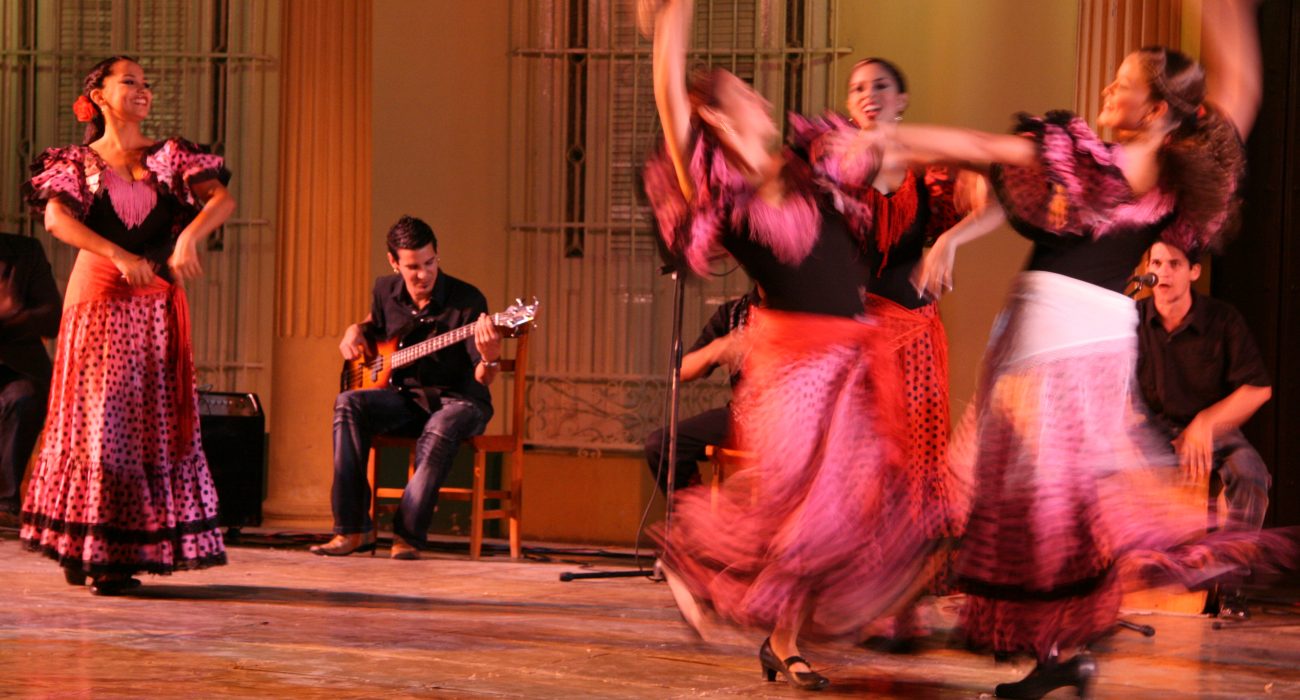 There is no question that dance is an art-form, and that a dancer’s movement can be used to express a wide range of emotions. Flamenco, the dance birthed in southern Spain, is a prime example of beauty created through skillful dancing. The term ‘flamenco’ can also be associated with the musical traditions of cante (singing), toque (guitar playing), jaleo (vocals), palmas (hand-clapping) and pitos (finger-snapping) which come together with the dance to create an atmosphere of pure sensory pleasure.

Last Easter, I spent two weeks in Andalusia, where I travelled from town to town with my family. I was lucky enough to indulge in the sensory-rich settings of the flamenco houses. Flamenco houses are abundant around there and most are nothing short of amazing. However, finding an authentic and intimate setting could prove difficult, especially during peak tourist times like Easter. Experiencing this atmosphere was to me immensely emotive, and by least, completely enjoyable; it was a beautiful portrayal of what Spain has to offer culturally.

To my advantage, I had a few family friends who resided in different parts of the south of Spain and so, I was given insider tips on where to go for the real Spanish experience. This often did not only mean seeing the flamenco dancers in action but also meant that I would be thrown into the kind of place that Spanish locals would enjoy themselves. For me, travelling to and experiencing a new place means to temporarily walk in the shoes of the people who live there.

Below are five of my favourite flamenco houses that I had the pleasure of visiting during my stay in Spain. To me, these flamenco houses boast authenticity and the aura of Spain that keep people coming back for more.

Personally, I found that Easter in the south of Spain was the most pleasant time of year to go; plenty of sunshine in a light breezy day accompanied with quaint cool nights. Travelling-wise, prices from Manchester to towns/cities across Andalusia prove to be fairly kind to our student budgets.

All flight details correct as of 4th of October 2017.