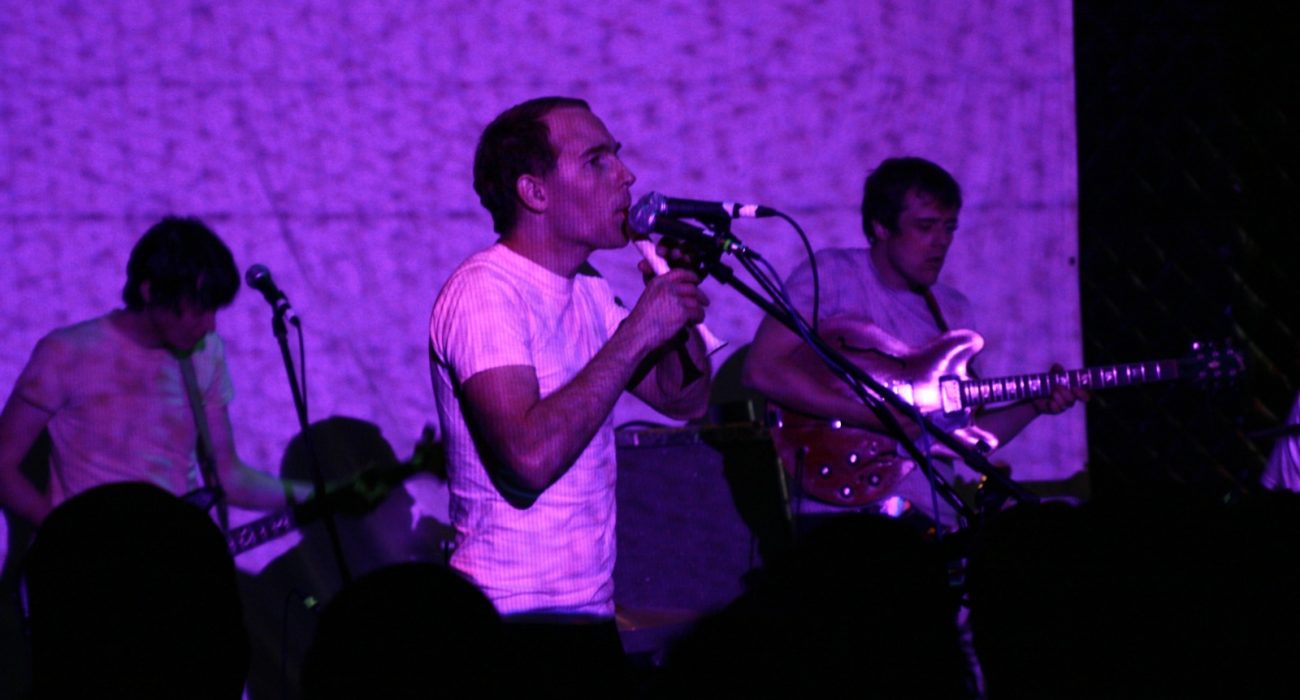 I’ll level with you. I love Dan Snaith. The Canadian producer who sometimes goes by Caribou, sometimes goes by Daphni, is a modern master of the electronic genre.  As Caribou, his albums Swim and Our Love demonstrated a knack for matching mercurial beats with glowing melodies, resulting in two immediate genre classics.

With the more experimental, tech-focused Daphni project, Snaith designed songs to be uncompromisingly danced to whilst maintaining some element of weirdness, showcased in 2012’s Jiaolong. Critical acclaim and fattening fanbases have accompanied his ascension for the past ten years and rightly so.

He’s successfully remixed the likes of Hot Chip, Radiohead and Tales Of Us. At London’s Fabric this summer, he changed this reviewer’s life with a blinder of an all-night DJ set. He’s one of the best electronic artists around and will go down as an important contributor to the dance music of our times. So yeah, I love Dan Snaith.

Which is what has made this review of his new album under Daphni, Joli Mai, so hard to write. The problem with the album is that — unlike in Snaith’s other work — a lot of the songs don’t seem to have a coherent purpose.

As the charming Caribou and his evil twin Daphni, Snaith made time for beautiful high-rising soundscapes as well as thumping floor fillers. His ability to switch between and even blend the two was what made him distinct. Quite often on Joli Mai, he sounds unsure of which way to go, stumbling down insecure paths and coming across as unconvincing.

Take ‘Face to Face’, an album single that spends most of its time as a plain drum kit and bass riff. The two loop over and over, whilst every now and then Snaith delivers these weird full-band fade-outs in an attempt to make things more interesting. What is intended to give a sense of rawness ends up sounding like someone messing around with Garageband for the first time.

A similar thing happens on ‘Vikram’, which flirts with big beats and synths, only to sit annoyingly on the same merry-go-round of distorted vocal after distorted vocal, unable to stick with one idea.

Even on the blissful ‘Carry on’, Daphni ends with a minute of random erratic noises that add as much to the song as a poo emoji adds to a personal statement. ‘Vulture’ for all intents and purposes sounds like a reimagining of the Blade Runner soundtrack, the kind of song that comes on at an afters and gives everyone psychosis. There’s little evidence of the freaky quirk-funk found on old classics ‘Ye Ye’ and ‘Ahora’, just a man torn between trains of thought.

Perhaps the best example of what I’m talking about is ‘Hey Drum’. This could well be the worst song Snaith has ever come up with: 7 minutes of a crude bang-bang drum sequence underpinned by a loop of the words — you guessed it — “hey drum”,  interrupted occasionally by a corny clubland hook that’s as bait as the glittery gurn of a sixth form girl. How profound.

These songs leave the listener, above anything, perplexed. At various points, I want to reach out to Daphni and ask a fairly obvious question: why did you make this song? If it’s not tuneful or ambient enough to sit and enjoy and not banging enough to get up and dance to, who do you think will listen to it? And most importantly, who are you and what have you done with Dan Snaith!?

That said, there are some moments of sheer ingenuity to be found amidst the madness. ‘Medellin’ and ‘Joli Mai’ provide a talented little Siamese twin of house tracks at the tail end of the album, the warm embrace of hi-hats and whomping bass restoring some faith.

The artist manages to find his normal euphoric stride on ‘The Truth’, which echoes old Caribou tune ‘Our Love’ but harbours the harmony and complexity you’d expect from the Canadian. ‘Tin’ is another stand-out, which shows off some stunning sampling and glittery synth work, an arm-raising set-closer of the highest calibre.

The album’s best move comes at the end though in the form of ‘Life’s What You Make It’. An italo-disco ballad that bangs, it’s every bit as optimistic as the title suggests, like a song used in that film Drive if Ryan Gosling had bothered smiling.

There are some cracking tunes on this album, make no mistake. But for a man whose work usually contains minimal filler, Daphni allows “boring” to trickle in too easily on Joli Mai. When it seems like it’s about to do something exciting or ethereal, it doesn’t. In fact, the only thing this album really does is disappoint.

It’s hard to watch a hero fall flat as Dan Snaith seems to here, but don’t be too disheartened — there’s enough evidence of his brilliance that we can keep an eye out for our hero’s return. After all, this is the same guy who made Our Love, which I can guarantee you will be on repeat in my house this weekend until the sobs subside.