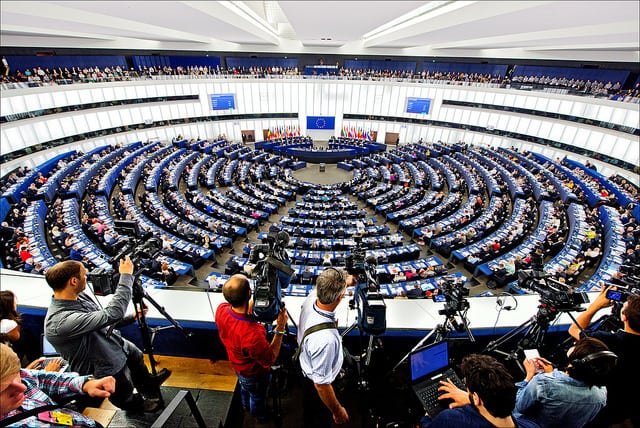 On Friday the 13th of October, the Chancellor Phillip Hammond declared the European Union “the enemy” in an interview with Sky News.

Instantly being criticised online for his term of phrase, the day was an unlucky one for him, I’m sure. This does however beg the question as to how the EU is seen following the Brexit vote last year in June, and whether they are a nasty playmate we are finally getting rid of, or a childhood friend that will be sorely missed.

Looking at the case of Manchester, there was a strong image portrayed of the latter case back in 2016 with 60.4 percent of the city voting to remain in the European Union. This perhaps reflects the many ways in which the city has benefited both directly and indirectly from the EU.

From investing over £10 million in the Tram network to the Sharp project that bore E4’s ‘Fresh Meat’, EU projects bring a predicted £200 million to the local economy.

Both the procrastination gold mine, the Manchester Museum, and the slightly further afield Museum of Science and Industry and the People’s Museum also enjoy significant donations from the EU. Even our very own university has received and continues to receive notable donations from the EU such as the European Regional Development Fund’s donation of £23 million to the National Graphene Institute.

Heating council houses, building some of the city’s most impressive architecture, the EU has spread its aid far and wide across the Northern powerhouse.

Perhaps it was these direct investments that lead the people of Manchester to vote differently to the rest of the Northwest. With nearly 30,000 UK and EU students at the University of Manchester alone, the EU both surrounds this student city and creates the student city — two links that are hard to do away with overnight.

Having benefited at such breath and depth from the EU, Mancunians have a duty to acknowledge that whilst we may be inevitably parting ways with our dear friends, we need to be respectful of a political institution that was truly unique in its scope and achievements. A duty clearly not felt by the Chancellor when he took a somewhat offensive tone when talking about those “on the other side of the negotiating table”.

With any luck, our trusty fleet of lefty Manchester MPs will hold with them their mandate to value the relationship with the EU, and not join in with the deteriorating rhetoric of Cabinet members, calling the Government to account during this life-changing process.