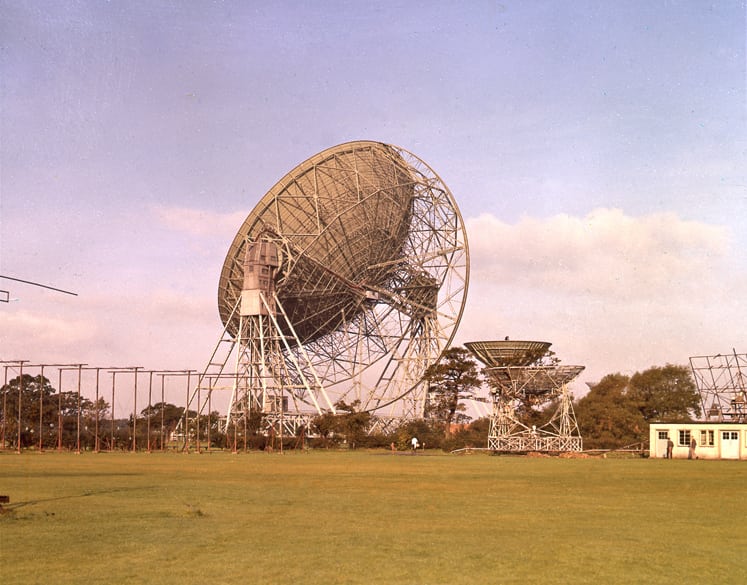 Following the UK’s Mark II radiotelescope gaining Grade I listed status over the summer, the Jodrell Bank Observatory in Cheshire — owned by the University of Manchester — has now been selected as the UK’s next candidate to join UNESCO (United Nations Educational, Scientific, and Cultural Organization) as a World Heritage Site. Other UNESCO sites include the Taj Malal, Machu Pichu, and Stonehenge.

Having just celebrated the 60th anniversary of the Lovell Telescope, which is famous for detecting the radio signals from the world’s first artificial satellite in 1957, this nomination will add further world recognition of the groundbreaking work the University of Manchester has contributed to the history of astrophysics and cosmology.

Speaking in a press release for the University of Manchester, Professor Teresa Anderson, Director of Jodrell Bank Discovery Centre said: “We have been preparing the case for the World Heritage Site inscription for Jodrell Bank Observatory for some years now, so it’s absolutely fantastic to reach this milestone. The Lovell Telescope, in particular, has become an icon for science and engineering, and we look forward to showcasing the rich scientific heritage of this and the wider site on an international stage.”

The nomination for UNESCO World Heritage status will be submitted in January 2018 and, if accepted, will become the UK’s third UNESCO site for a scientific research facility — the other two, both in London, being the Greenwich Observatory and the Royal Botanic Gardens, Kew.

As part of the celebrations for nominating Jodrell Bank in the World Heritage List, the site is working on a project to create a new gallery space to exhibit the achievements of radio astronomy carried out at Jodrell Bank over the last seven decades. This project is supported by the Heritage Lottery Fund and will include other improvements of the visitor facilities.

Professor Tim O’Brien, Associate Director of the Jodrell Bank Centre for Astrophysics, said in another press release that “Jodrell Bank is the one remaining radio astronomy site worldwide which dates from the early days, so it is very important that we protect and celebrate the physical record of our involvement in the creation of a new science.”

The Jodrell Bank Discovery Centre is open to anyone with excellent admission discounts for students. As well as galleries educating on the cosmos and history of science carried out at Jodrell Bank, the grounds itself are free to walk around, allowing visitors close-up and breath-taking views of the famous Lovell Telescope.